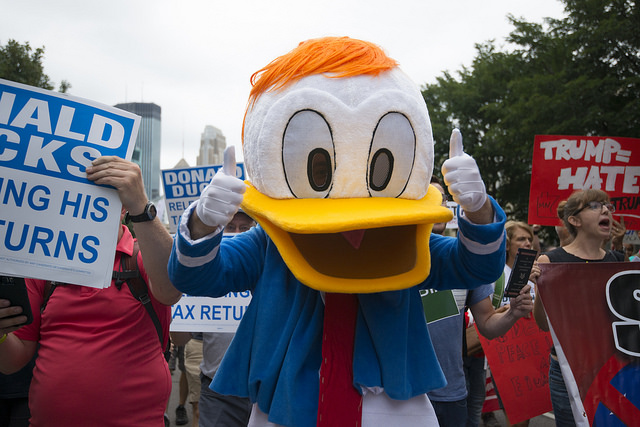 A year on- and what have we learnt?

Just over a year ago, I wrote a piece for the Huffington Post about racism and how it affected me as a young British woman of Middle Eastern and Muslim heritage, and how it impacted upon my identity growing up. I felt compelled to write this deeply personal piece on the very morning Donald Trump was announced President of the United States. I was dismayed by the fact that a man filled with such hatred had somehow made it into the most powerful office on this planet. I encouraged my friends, peers and anyone who would listen to push back against his vile and disrespectful views and to promote love and unity instead.

As I look back on that article, a part of me wants to scream. Deep down, as I typed those words, I had sincerely hoped that a year later, it would all have been some sort of weird dream. I truly believed that there was no way that so many people on this planet could be drawn in by his vulgarities and absurdities.

In the year since he became President, he has struggled to introduce a hate-filled ‘Muslim ban’ on travel and rescind the rights of transgender military personnel, fired the Director of the FBI, undermined international cooperation on climate change, antagonised North Korea on twitter, and even physically pushed another world leader out of the way in order to stand at the front of the group. According to news outlets, (which I am sure he would not hesitate to lambast as fake news) he’s spent eighty of those days playing golf. All of these acts sit on the spectrum of laughable to outright dangerous.

Last week he retweeted unverified anti-Muslim content from the deputy leader of Britain First, an organisation known for sharing bigoted and hateful lies in order to further their own agenda based in deep-rooted Islamophobia. There’s been an international outcry against his disgusting actions. Public figures and political leaders are coming forward to condemn him. But in the face of all of this, we have continued to make excuses, joke and laugh at his crazy antics.

What I am genuinely scared of, is that in the midst of hateful message after hateful message and laughable action after laughable action, the global community are becoming desensitised to his hate. As we chuckle at the ridiculousness of some of his actions, there are thousands of his loyal supporters – maybe even millions – who begin to feel like their hate is legitimised. Even some in my own inner circle felt they were justified in their increasing disdain of ‘Asians’ and had no problem with his discriminatory border controls.

When we start to caricature a global leader, we are running away from the real issues at hand. Ask yourself: Is this man fit for office? Is he demonising communities? Is he likely to start a world war? As humans, we must come together to genuinely consider what kind of future we want for our children. I don’t want my kids to be born into a world where this level of hate exists. I don’t want my children to grow up thinking they have something to be ashamed of because of their heritage or the colour of their skin.

Moving from the Middle East to the UK at a very young age and having experienced adversity growing up, Emma channelled those experiences into her professional work. From managing the day-to-day of a start-up firm, to working in entertainment PR, her career thus far has seen her go from playing a proactive role in opening doors to students wishing to gain a foot on the finance career ladder, to working with personalities, corporates and brands - pushing the inspirational stories behind their success out into the public domain. Emma blogs for the Huffington Post, has ghost written for influencers and has won the We Are The City 2015, Rising Star award for Media and Journalism.