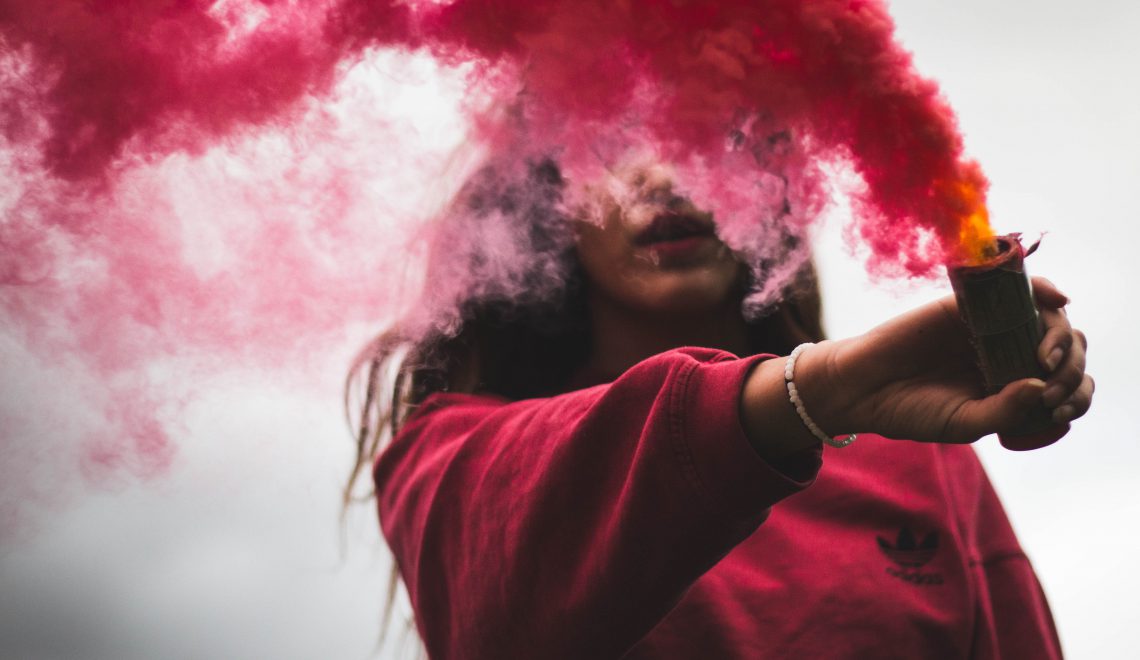 Pakistani women: liberated, oppressed, or both?

Celebrity diva Mahira Khan was recently photographed by the paparazzi smoking in a backless dress, with an Indian non-Muslim actor in New York. People in Pakistan got upset. Some claimed she was s***, wh***, no longer a Muslima, and a great insult to both Islam and Pakistan. Many male actors have gone out and exhibited more sexual boldness but none ever faced such backlash. Is Pakistan a place for liberal women? People in Pakistan always say that we have had a female Prime Minister, our medical colleges are full of women and so many also become engineers. So many women choose to take hijab, and love practicing Islam, and yet there are so many women who don’t wear the headscarf or the dupatta (the scarf worn loosely around the chest), and people also accept them.

When I moved to a western country, I found people constantly questioning me. Many Muslims were upset with the media’s portrayal of Muslim women’s relationship with Islam, and vice versa. I was always just confused. Then one day, I was dancing with a bunch of South Asian people at a university event. A few Arab guys saw me dancing and got offended. Some of them had been dancing themselves, and some of them were taking pictures with girls from different nationalities. But I – as a Muslim woman – couldn’t dance. They made their displeasure obvious. Two of them even mocked me, with one calling me a ‘belly dancer’ in a vile way. Was I being oppressed, or were the Arab guys justified in controlling a Muslim woman? It seems to be a daily ritual for many Muslims.

Then I met another Muslim guy who kept praising my dad for sending me abroad to study. I had to correct him. My father had been against me coming here. In fact, he said the meanest things to me. He only gave up when he realized he couldn’t stop me. It was my mother who supported me. But to that Muslim man, I was an awesome woman: not because of who I was, but because I had shattered the stereotype that some white supremacists hold about Muslim women, and about Muslim male control. My existence benefits Muslim men. Because they ‘allow’ me to progress, I disrupt stereotypes of them as oppressive and backward.

Recently, a Pakistani guy in my city married a white woman. The interfaith ceremony was attended by people from the mosque. Speeches were given on peaceful and tolerant Islam. Similarly, the hit Hollywood movie ‘Big Sick’ shows the love relationship between a Pakistani man and his white girlfriend. The movie includes a bed scene and physical intimacy – along with a caricature of Pakistani women as annoying and sexually unattractive.  Similarly, a few years back, a travel dating website poll revealed that women rated dating Pakistani men as the third-best. Everyone went crazy in Pakistan, celebrating how handsome our men were. There was hardly any probe into the type of website the poll had come from, which turned out to be a travel dating website – meaning that you match up with people travelling to the same destinations and date them. ‘Zina’ of highest level. In all these cases, I wonder, what would be the reaction if the sexes were reversed?

Pakistani women try to stand tall but no one lets them. People do everything to oppress them and if they complain, then they shame them for wanting liberation. But that same liberation is used to show to outsiders how progressive Pakistanis are. Pakistani women are smart, intelligent and hardworking. They put up with a great deal abuse to maintain family ‘honour’ and relationships. They work hard to take care of everyone around them. But they don’t know how beautiful and sexy they are. I didn’t know that either until I came to West. I have seen Pakistani women, even those wearing modest clothes, getting asked out by men from different races and countries. Most Pakistani women tend to not pursue these men for fear of being disowned, but many do and tweak the rules. Some lose; some win.

Pakistani women are still valued in terms of how much benefit they can bring to Pakistani men and families. Marriage is seen in terms of a huge dowry; education is a matter of family prestige and increasing the status of her future husband. If a woman is independent, she is shameless – but still a sign of how progressive Pakistan is. When she is abroad, this is a good sign of liberal Pakistani dads, but yes she must still prove her virginity and innocence again and again. Part of the problem is that Pakistani women are not treated like this by just Pakistani men, they are valued like this by other Pakistani women too.

As a Pakistani woman, I am told again and again that I am shattering stereotypes. That Islam is liberating me. But I am also told that my biological clock is ticking and that I need to get married. I often ask myself: am I oppressed, am I liberated? The answer is: I don’t know. I have dated non-Pakistani, non-Muslim men, although in great fear. What if someone saw me? How many fatwas would I get? Will people, including my family try to harm me, both emotionally and physically? The relationships did not work out primarily because I was always scared. Should I keep hoping for a Desi Sunni Muslim husband, never mind how many families/guys have rejected me (65 and counting).  And no one seems to want me in their families because I am too independent, do not have citizenship, do not want to take dowry, thus do not provide a lot of benefits.

I stay confused between being a Muslim, being a Pakistani and being a woman. I am a canvas, who gets painted as those around me wish. Sometimes in liberated colours for the male ego, sometimes in oppressed colours in the name of Islam, culture and honour.

A graduate student from Pakistan living in the U.S, lost in between cultures. My interests include getting into arguments, shutting up mansplainers, and trying to be more productive with my life, whilst consoling my parents regarding my single status.