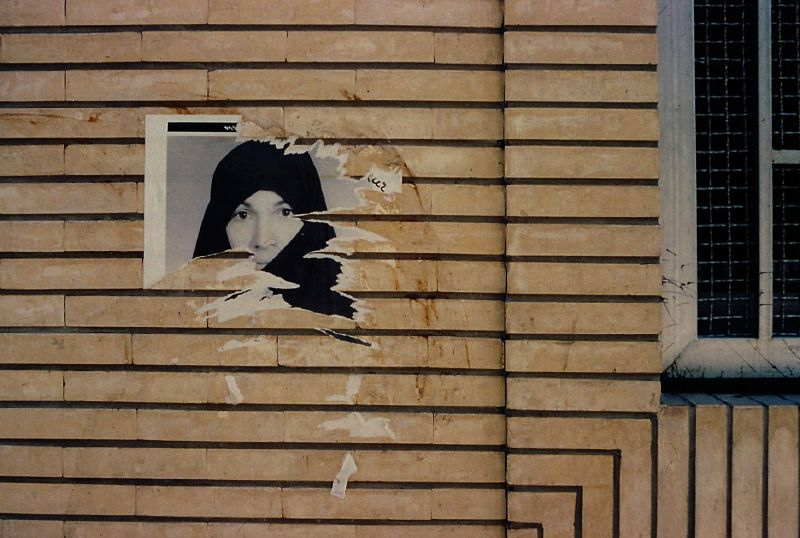 Hijab as a saviour

The official Twitter account of Dar al-Ifta’, the formal centre issuing Islamic fatwa (religious rulings) in Egypt, has blocked two liberal women ‘tweeps’ before a hijab fatwa. These two women are Dr. Alyaa Gad and the poet Marwa Ma’moon, who are amongst the most popular Egyptian tweeps.

As translated from Arabic, the tweet reads: ‘According to Islamic Shari’a, Hijab is imposed on women to protect them from those who have sexual desires, or sinful looks.’

Hijab and the ‘unprotected’

This fatwa is full of misconceptions about hijab and hijabi women. The tweet positions hijab as compulsory, indirectly negating women’s free choice not to wear it. Also, it indirectly encourages discrimination against those who willingly choose not to do so.

What’s more significant is the discourse of protection explicitly expressed by Dar al-Ifta’. It refers to hijab as a ‘guardian’ for women who put it on: a protector. In this case, wearing hijab is not a matter of choice. It is obligatory for every woman who wants to keep herself ‘safe’ to wear the hijab, otherwise she deserves to be violated for not following these ‘safety rules’. According to Dar al-Ifta’, hijab is your only option for protection. Thus hijab is the dress-code: your body should be covered, hidden, and censored. This, they call safety. Of course, this so-called ‘safety’ is from men’s evil sexual desires.

Not only are women objectified by the insistence on hijab, but men are also stigmatised as depraved; as ‘sinful’ people from whom women should be protected. First, men are stigmatized as sinful for looking at women. A note to mention is that the word ‘sinful’ refers to men involved in crimes of sexual violence. The tweet describes these crimes as sins. Guilt is an important part of the societal reaction towards sexualized violence, but considering it a sufficient punishment raises questions of accountability. Sexualised violence should be criminalized by law, not left to the conscience of the individual.

Secondly, sexualized violence in this context is conceptualised as being triggered by sexual desire. This is problematic, since it ignores the way that power relations play a resilient role in sexual violence. Some teenagers may sexually harass women in order to feel, and be seen, as masculine. Moreover, tying sexual violence to sexual arousal justifies it for those involved. It gives the impression that men are not in control of their own actions and thus, that we women had better wear hijab.

Third, crystalizing hijab in itself as a protection from sexualized violence positions confronting it as a task reserved for women. It gives the impression that hijab guarantees safety, but this is not the case. Hijabi women also experience sexual violence. On the contrary, this crystallization makes non-hijabi women targets of violence, who may be blamed for being violated because they were not wearing hijab.

It doesn’t take long to figure out the meaning behind this tweet. We could conclude that here, gender normativity – the insistence that people conform to gendered social norms – is explicitly articulated. In other words, men and women should not communicate for sexual purposes if they are not married. This establishes marriage as the only framework that allows sexual affairs between men and women.

But the question now is: who benefits? And the answer can only be the socio-cultural system that regulates our sexualities and reproduces itself through the negation of our bodily autonomy.

Ghadeer Ahmed is an Egyptian feminist activist and a specialized researcher in Gender and Women's Studies.