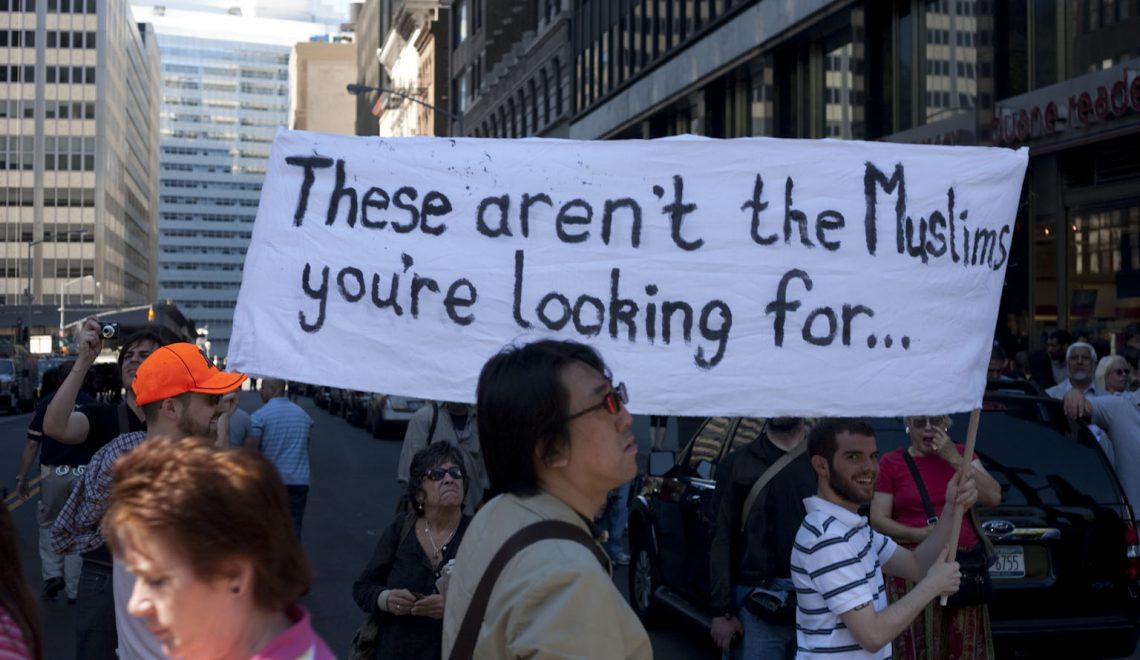 Saying ’Not All Muslims’ is not enough

For as long as I can remember, every time ISIS, Al-Qaeda or any other Islamic terrorist group entered the conversation, I have felt the urge to immediately say “yeah, but those people don’t really represent Islam!”. This was a reflex. I said it whether or not anyone asked. Even though no one has ever (thankfully) accused me of being a terrorist, I have always felt the need to defend myself and my religion from any association with terrorist groups. However, some recent developments have led me to change my stance.

First, I read the book Heretic where the author discussed why Islam desperately needs a reformation. Although I didn’t agree with all of her ideas, it did open my eyes to the idea that religion can, and maybe should, be changing to accommodate the world around it. Second, I have heard some people in my life discussing why Islam was having so many political and violent issues lately, identifying a spectrum of Muslims. Despite most people being in the safe ‘conservative camp’ and many in the ‘liberal’ camp, the extremists (few as they are) are killing everyone else, left and right. Third, the numerous attacks around the world in the name of Islam have led me to consider how unrealistic it is to say that Islam plays no role in these terrorist attacks. However, I need to stress that I do know that not all Muslims are terrorists (being one myself) and that all the Muslims I’ve ever met are kind, compassionate people who strongly oppose and condemn the actions of terrorists. Muslim communities regularly send humanitarian aid to refugees and to the victims of war and terrorist attacks.

Nowadays whenever the topic comes up, I say almost the same thing with a minor improvement: those people don’t represent most Muslims. This is far more accurate than what I used to say before. The reason I changed my mind is because I realized that some of the things that these terrorist do are inspired by the Quran or some aspect of Sharia law, such as the stoning of adulterers, the persecution of LGBTQ people, the hijab being a requirement for all women, waging holy war, beating wives ‘lightly’, regarding people of other religions as inferior, etc. They don’t represent most Muslims, because the majority of Muslims recognize that these antiquated and disgusting practices need to be left in the past where they belong. We cannot apply practices from a thousand years ago to our lives now. In ancient Sparta (800 BC), sick, weak or disabled children were left to die because the Spartans wanted to keep their gene pool strong. We no longer do that because we know better and that reasoning can and should be applied to religion as well!

It became more difficult for me to defend my religion when I realized that there were many violent parts of it that I disagreed with. I came to ask myself, if these parts are out of practice and we know they’re wrong, why can’t we remove them? Why can’t the peaceful Muslim community decide as a whole that we need to distance ourselves from these violent practices? How can I say that I, as a Muslim, am disgusted by the Orlando shooting when in Islam there is so much disapproval of gay people? How can I say that I condemn the ‘honour’ killing of Qandeel Baloch, when there is so much emphasis placed on a women’s purity, and how her honour is tied to her virginity in the Quran?

At least if we reform ourselves, and make it so Islam officially doesn’t officially support this behaviour or even hint at it we would be able to actually say that we condemn it. As long as the Quran is seen as this unchangeable, timeless doctrine then peaceful Muslims and Islamic terrorists alike will be undeservingly grouped together because technically as a Muslim, don’t you support the Quran? And in doing so, aren’t you supporting these violent acts?

I know that many people will say that changing or reforming Islam won’t stop the terrorists. That may be true, but at least those of us who are peaceful will stop being assumed to support them. At least young people, and future generations, will grow up with a different version of Islam and we can stop them from being sucked into the black hole that is the Jihadist/martyr/suicide bomber training program that ISIS runs in god knows where.

I know that Islam is not the sole cause; every bomber has their own issues. We hear about them on the news days afterwards; he was depressed, he was violent, he drank himself into stupors, he gambled, he had nothing to live for, he had anger management issues, he just got laid off…the list goes on forever. There are many contributing factors to why someone chooses to strap a bomb to their chest, or drive a truck through a festival or grab a gun in a club and kill a hundred innocent people. The common denominator remains Islam. In the minutes before their death they pledge their allegiance to a terrorist group, they shout Allahu Akbar at the top of their lungs, they tell the world they are doing this in the name of Islam. This has to mean something.

It isn’t enough to change our profile pictures, to shine flags on parliament buildings or to ‘send prayers’ (although these are all kind gestures of solidarity). There needs to be an open and honest discussion about the role of Islam in terrorism and how we need to go about ‘fixing’ it. I know that there is no way to eliminate Islamic terrorism completely but here’s what I do know: nothing will ever change if all we do is shout ‘not all Muslims’ and put #prayforparis in our twitter bios.