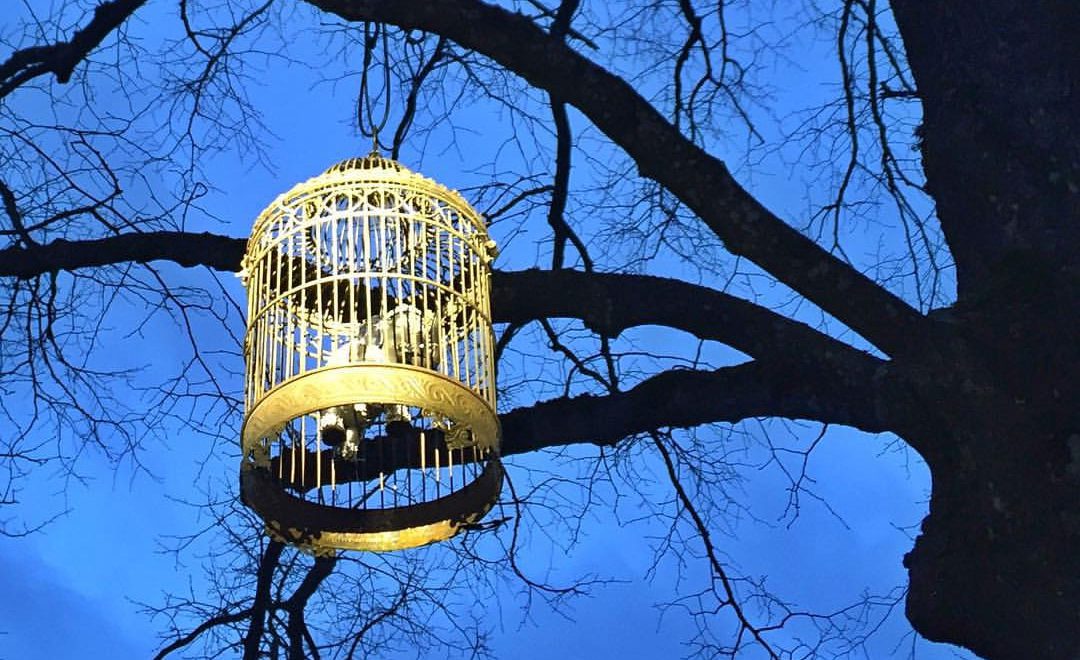 A golden cage is still a cage-Part 1

From apartheid to sexism

When I was young, I marveled at people who veered from the path laid out for them, and took the road less traveled. I imagined that they had confronted the proverbial fork-in-the-road moment, where they were called upon to make a decision about the direction they wanted to pursue. I was a scrawny fourteen-year-old kid in grade eight, my first year in high school, when that moment came for me. I remember the beautiful summer morning clearly: the sun gently stroking my brown face, and my girlfriends bantering away. Unbeknown to me, I was in my first ever anti-apartheid political rally, assembled in the school quad. I took little notice of what the political speakers said. What pierced my soul, though, was a plaintive, mournful political lament: ‘My only sin is the color of my skin…’ and  ‘We came out black instead of white…’ The song embedded itself in my young mind, and I got the message. My melanin was to determine my life in apartheid South Africa. At that moment two paths unfolded before me: I could either accept or reject that I was a lesser being because I was black. My young, idealistic, precocious teenage mind was strong, and I told myself, ‘I am not going to be discriminated against! God created this black me.’ With that thought, I was ready to tackle the ideology of apartheid.

But the path of seeking justice and equality, and its corollary, confronting discrimination and inequality, is complex and exhausting. On that beautiful summer morning, I was oblivious to the fact that further down the path, after many hills and valleys, twists and turns, I would not only encounter discrimination because of my race, but also because of my gender and my religion. I confess that I sometimes yearn for the road free of potholes, speed bumps, detours, and construction signs. I want it easy. I am tired of fighting racism, sexism, classism, lame excuses, giant hubristic egos, ignorance and bigotry. I am 49, and maybe when you have lived close to half a century, you can hope that life throws you a bone.

Life was not being kind to me on that Friday morning. I sat in the office of a Muslim accountant, appointed by his company to work upon my organization’s finances. When he turned his back on me to work on his computer, I posted my feelings on Facebook: ‘Tired… when I deal with some professional Muslim men that provide a service… thinking because I am a Muslim woman they can treat me like crap…’

Essentially, he treated me as if someone had dragged a piece of trash into his office and he was now expected him to give it his attention.  This Muslim man, a complete stranger to me, reacted to me instinctively.  I was merely a Muslim woman. The piece of cloth on my head – my hijab – was a dead giveaway. It told him that he could, even should, treat me with contempt.

Encountering this man for the first time, I was faced with a choice. We always have a choice in how we respond to bigotry, prejudice, and hate. During our first meeting, I gave him the benefit of the doubt, as I often do. My second encounter with him was no different:  his snarled face, grunted greeting, averted look, mumbling and blustering under his breath, the vocabulary of disregard and disrespect. At our third meeting, I walked into his office, towards the snarling man could barely greet me. The outrage about the way I had been treated went into full throttle. I was angry with him, and livid with myself. Why had I allowed him to treat me so poorly during the last two meetings? Now I had to speak up. I should have done so earlier. Now I did it for myself, and for any other Muslim woman he would encounter in the future.

I left his office and got in my car. Tears of disbelief, humiliation and disgust poured out. But I know, as do so many others who walk this journey for dignity and equality, that we cannot let the moments of our deepest despair and tearful frustration make us believe that we should ‘recalculate.’ Many of the Muslim women who I spoke to about my encounter had similar stories: Being harassed, treated with disrespect, not greeted, not giving space to pray, questioned about their presence in public, being told their voice is part of their awrah (modesty) and millions of other humiliating experiences.

When I asked them whether they ever speak about it they shrugged. I get it. Some of us are reluctant to tell our personal stories because we know there are other women in our faith, such as those who live in so-called Islamic states, have it much worse. We know that some Muslim women confront ‘honour’ killings, denial of education, prevention of freedom of movement, being drenched with acid, stoning and other brutal acts of violence. So we say to ourselves that we, who live in democracies, where the rule of law applies, do not have it so bad. So we overlook these infractions. But we should not. The cover of silence is a form of assent to our subjugation and harassment. We allow the oppressor to continue spinning lead blankets to cover us. When we finally want to speak up, we cannot.

Now I am telling my story. I am tired, not only because of this encounter with that one male Muslim accountant, I am exhausted because he is just the latest among all the thousands of negative encounters like this over many years at the hands of some Muslim men. Whenever someone disrespects you, because of your gender, skin color, your religion, your ethnicity, your attire and so on, it is like they are spitting on you. You can wipe off the spit, but your soul hemorrhages with each encounter.

Muslim women don’t possess a unique gene for withstanding the onslaught of archaic, harmful and malicious behavior towards us, especially not from within our own communities. Some Muslim women have, therefore, caved in and submitted to this treatment and allowed their subjugation to be seen in the light of religious edicts. They support false prophets who induce them to believe that oppression is religious nirvana. But I believe that impulse of our religion has justice and dignity as an outcome. We just need to fight for it.

Rosieda Shabodien seamlessly traverses her multiple identities:Woman, African, Black and Muslim; seasoned gender and political activist, emerging writer, wife, and mother; global South African, sojourning in the USA. She, with humor and self-deprecating wit, incisively explores the challenging issues of the day: gender, race and all bigotry and how obtuse people and regressive ideology are mainstreamed.