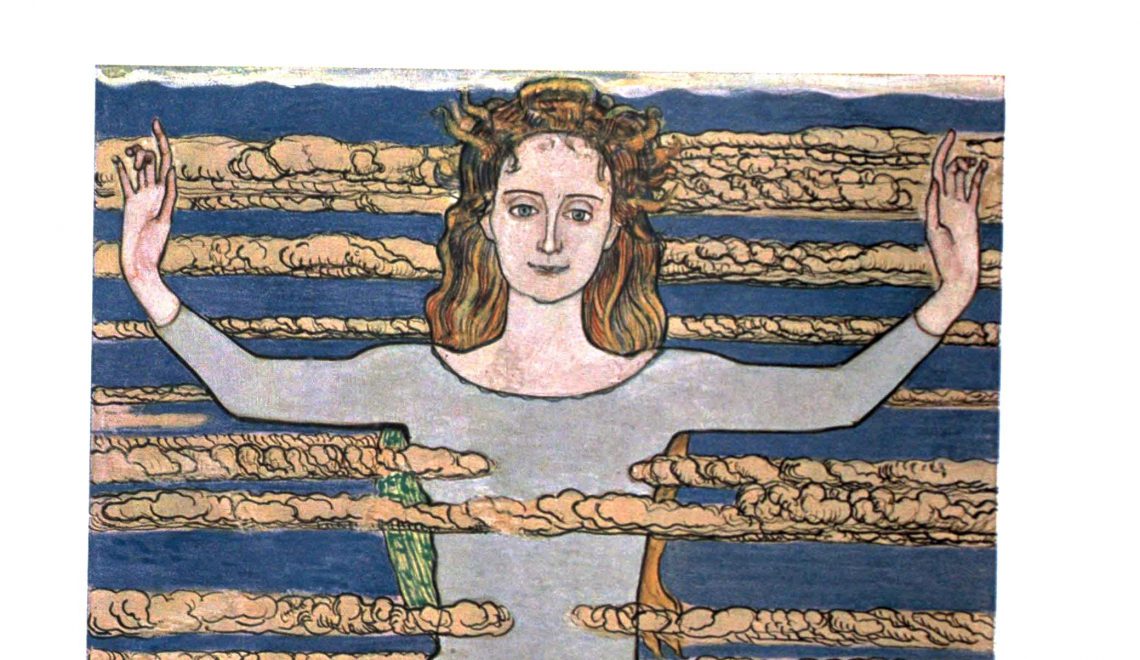 A golden cage is still a cage-Part 2

This is part two of Roseida’s post ‘A golden cage is still a cage’, to read part one click here. 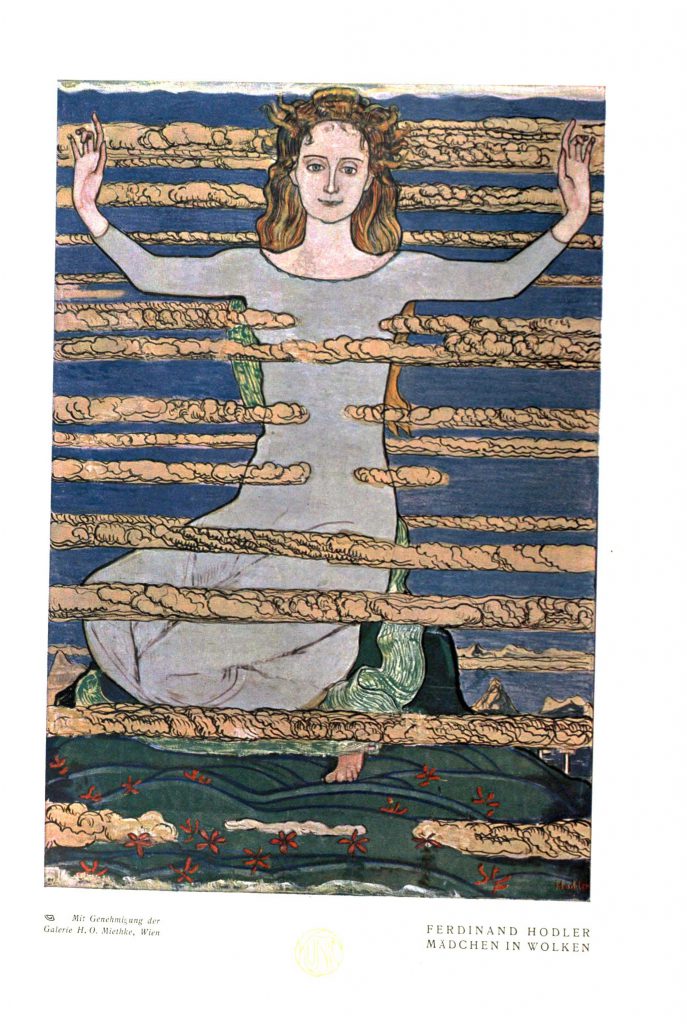 I am tired, because when I go to a mosque, our place of worship, I want to walk in and be treated like I belong there. I do not want to be treated like a dog has entered the mosque.  Some Muslims considers dogs as unclean and believe that if a dog makes contact with your body you should wash that area seven times. That is how Muslim women are sometimes treated when they enter the mosque – like dogs. Muslim men make a wide berth around a woman, just in case she …I don’t know what…lick them?  Sometimes when I walk into the mosque, and I see this wide-berth action, I whisper under my breath, ‘Woof, woof.’

Some mosques have accommodated women, albeit reluctantly. More often than not, women end up communing with God in dingy backrooms, dusty basements, or sealed off balconies, all areas with poor sound quality. They must enter the mosque through side or back doors or navigate treacherous steps, since the front door is reserved for male mosque-goers only. Inferior as this arrangement may be, the message of its secondary status is reinforced through being temporary and contingent: the mosque space reserved for women can easily be taken away on big religious days, like the Eids, when there is an overflow of men and the ‘sisters’ are relegated to some even more makeshift set-up. The subtext speaks far more clearly than the sound system in the women’s section ever could: ‘You are here, but we believe that God actually only wants to hear Muslim men pray.’

Why should I be prevented from entering at the front door of the mosque? Wherever else I go – the South African Parliament, the White House, company headquarters, shopping centres, my friends’ homes, conference centers – no one looks at me and says, ‘This way Madam, we have a the back door reserved for you.’ But hang on – I do remember this experience before. It has happened to me under Apartheid! Did we not call this system an unjust and evil system- one where there was always a back or side door ready for blacks?

A golden cage is still a cage

Inevitably as I walk into a mosque via the front door, I would be steered, nay, propelled in a flat out panic towards the female entrance. When I ask why I must enter through the side or back door, the response is, ‘Oh, but Sister, even though you enter via the side door or back door, we have created a beautiful space for women at this mosque.’

I tell them this story: When my family performed Umrah, a sacred pilgrimage to Mecca, I recall the many painful moments I had to endure when the women security guards in the Haram, the holy mosque, continually harassed Muslim women to move away from the Kaaba, the cube-like black structure all Muslims face when we perform our prayers. These security guards were intent on forcing other women pilgrims and me behind a gold-colored trellised fence some distance from the Kaabah. When you are in this enclosure, you are only able to see the Kaabah through this gold trellis. My spouse and I resisted my relegation from the Kaabah. One of these female ‘vice and virtue’ security officers told my husband in broken English, not speaking directly to me but rather to him, ‘Look, beautiful space for women behind the golden fence.’ His response to her was, ‘A golden cage is still a cage.’

A golden cage is still a cage! How many of our Muslim women live in our golden cages too scared to open the door, to rattle the cage, or even to find that if the cage door is open, an invisible chain keeps them tied there and unable to escape. Freedom and equality themselves have become frightening!

Gratefully, I have found a few mosques, far too few, where all the worshippers enter through the front door, and sharing space is the norm rather than the exception. And there I pray, my heart brimming with happiness and I pray for all places of worship to be uncontested terrains for women. But change is happening at a snail’s pace. Tahrir, my daughter, who is at university now, still enters jamaat khana (prayer facilities) at the campus via the side or back door, confined behind makeshift curtains or barriers constructed with chairs. I fought the battle for prayer space access many years ago, when I was a university student myself. Yet still today Muslim women students have to continue to fight for equal and dignified access to jamaat khana facilities at universities. Male Muslim students sit side by side with other women in the university’s lecture halls, classrooms, workshops, and conferences. They engage with female professors and co-students. However once these same Muslim men get to the place of worship on campus, they hang up a curtain of separation. They can barely look up, because they are so afraid that they will have to greet a Muslim woman.

It confounds me. If you are at institutions of higher learning, should you not be guided by your intellect instead of myths and folklore? We have to call these men out. If they are such strong advocates for the separation of gender, then why do they not go to universities that are reserved for males only, or demand separate classes? They sit with female students, maintaining their chastity, yet reserve their conservative and fundamentalist thinking for places where they know they are not going to be challenged.

‘Why do you still attend mosque when it is such a painful experience?’ I am asked. Women’s access to places of worship is restricted and contested to varying degrees across various faith communities, but within the global Muslim community, it is a source of raging dispute. Is it permissible for women to attend the mosque? An unequivocal ‘Yes,’ I say. It is my right to access our places of worship since all God’s spaces belong to all God’s people.

But many proclaim an undisputable ‘No.’ And let’s tell the world why they say no to women’s access to mosque. It is based on the warped belief that the mere sight of women in public will lead men astray. Therefore women should be confined to their homes and, God forbid, when they have to be in public, lets veil them up!  For far too long we have allowed some Muslim religious male leaders to spread their depravity dressed up as religious dogma. If you only see girl children and women as sexual objects, and not as equal, intelligent beings then you have a problem.. Muslim women cannot be forced into invisibility to accommodate weak, or sometimes, twisted minds. To my dear Muslim brothers, I say,  ‘If you strongly feel that my presence is going to cause you to commit haram (forbidden) acts  why don’t you go and remove yourself from my sphere. Why should I be made responsible for your debauched mind?’

I am tired of the double-dealing and hypocrisy Muslim women have to live with. Some Muslim men operate differently in the mainstream world, fervently advocating and supporting equal rights and just causes at their workplaces, institutions, in society and globally. But in their faith communities, own abodes or mosques, they practice misogyny, sexism, and patriarchy.

These Muslim men do not attempt to make the connections between the injustices they commit against Muslim women, or their refusal to unconditionally condemn all practices that are unjust to Muslim women, with their call for justice when fighting for other causes. To justify their oppression of women, they muster the powers of sophistry or divine permission to justify our oppression. If you listen carefully, they use the same words as oppressors and dictators. We allow these Muslim men to speak with a double tongue.

I am tired of fighting the battle against invisibility. However much some men may wish for Muslim women’s invisibility, we cannot and will not disappear. I reckoned a long time ago, that if God wanted women to be invisible, God would have created women with a little switch that would have allowed us to determine when to be visible or not. God has not given me any such switch.

I am tired of explaining the misconception that because women have been given ‘the honour of birthing nations’, we are automatically predestined to become domestic slaves. Our reproductive organs cannot be used as a reason to push us into obscurity. The responsibility to raise children rests with men and women alike. And let’s tell it for what it is. Islam is invoked to justify some Muslim men’s laziness, and excuse them from the hard work of raising kids, cleaning the house, cooking, and so many other tasks.

I am enraged by the indignities Muslim women suffer every day. I am exhausted of carrying the double burden of islamophobia in the world, and bearing the brunt of ‘womanphobia’ from within in our Muslim communities.  Although tired, and at times crying tears of pain and frustration, I will not stop fighting for equality within our beautiful religion. I will not become invisible. I will not become mute. I will not accede to the idea that women were created to be domestic slaves. I will call you out when you deny me the right to have access to our places of worship. And I will call you out when your small ego and perverse mind leads you to think that I am the inferior creation, and a sexual object. I will not cede my Islam to men that can only express their holiness through women’s subordination, oppression and denigration.

Rosieda Shabodien seamlessly traverses her multiple identities:Woman, African, Black and Muslim; seasoned gender and political activist, emerging writer, wife, and mother; global South African, sojourning in the USA. She, with humor and self-deprecating wit, incisively explores the challenging issues of the day: gender, race and all bigotry and how obtuse people and regressive ideology are mainstreamed.