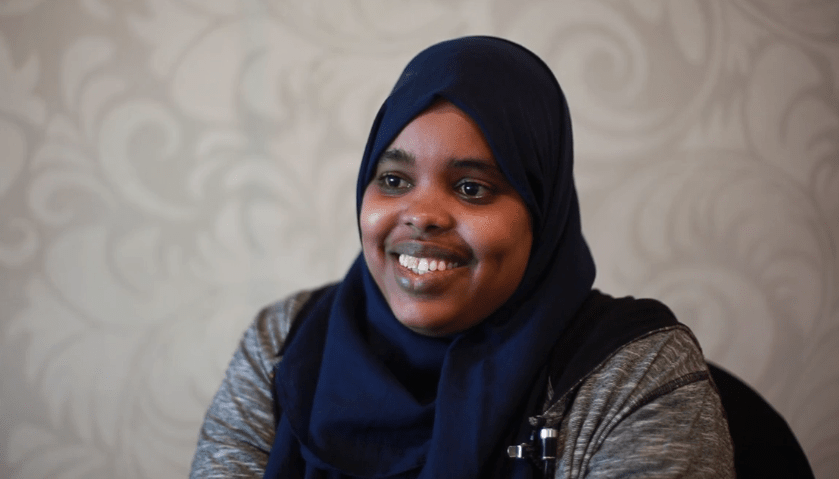 Somalia in the face of destruction

As smoke and the initial shock cleared, two little boys were running around Mogadishu, the capital of Somalia, looking for their mother. They went home carrying pieces of her burnt remains in a small box. She had been killed along with more than 300 other people on that terrible Saturday in 2017. Five hundred more were injured; almost 150 were missing.

The ground-shaking attack took place at a busy junction destroying hotels, government offices and restaurants. Ironically, the office of Witness Somalia – an organisation aiming to help war-torn Somali society pursue non-violence through empowering women and youth – was completely destroyed by the terror attack.

‘My friends and other colleagues who work in human rights were killed,’ said Faiza Dhocob, a Gender Officer at Witness Somalia. ‘I remain utterly shocked and saddened by this cowardly, senseless mass killing.’

Witness Somalia, a member organisation of the Women’s Alliance for Security Leadership (WASL) which is spearheaded by the International Civil Society Action Network (ICAN) issued a statement describing the attack:

’A truck laden with military grade and variety of homemade explosive devices were used. This maximised the impact and the death toll. Some of the deceased could not be recognized due to the intense heat generated by the blast which destroyed a gas station located exactly where the truck exploded. More than five main buildings were completely burned into ashes. All people inside those buildings are assumed to be dead.’

But despite their despair, Witness Somalia is helping victims and uniting families with their missing loved ones. They are also calling ‘for all civil society organizations and community volunteers to extend their unconditional support to the affected families by starting fundraising platforms, distributing medical supplies and providing food as well as clothes to the wounded people.

They are calling for a memorial wall and billboards to be installed in Mogadishu in memoriam to those who lost their lives. No group has yet claimed responsibility for the bombing. Somali President Mohamed Abdullahi ‘Farmajo’ Mohamed blamed the attack on Al Shabab, calling it a ‘heinous act’. The president, who took power in February, decided to stop all negotiations with Al Shabab declaring them to be outside the law. He gave his forces, and anyone seeing members of the Islamist group, the order to kill them on the spot instead of bringing them to justice. He has previously vowed to rid the country of the group.

Earlier, Al Shabab had vowed to increase its attacks after both the Trump administration and Somali president announced new military efforts against the group. Some view the attack as revenge against increased drone strikes by the U.S., most notably a July mission in Barire, a strategically significant town on a major road 45 kilometres (28 miles) from the capital. But even though Al Shabab has been a source of terror for years, the group has distanced itself from this attack.

Al Shabab has done more than enough damage over the years, however. Hundreds of boys have been kidnapped for recruitment from their schools and homes, according to Dhocob. ‘For each family with four boys, Al-Shabab takes two. They threaten clan leaders that if they do not bring the children, they will kill them,’ she stated. ‘So many families are shattered and displaced in the areas under Al Shabab’s control.’ Extremism is also taking a toll on education. ‘Many people have stopped sending their children to schools out of fear of what they might face,’ she said, adding that Somalia has ‘lost bright students who were doing really well’.

Being a peace activist in Somalia is risky. Militants eye them with suspicion. ‘People who work for local and international NGOs or with the government are always in danger,’ Dhocob said. ‘If Al-Shabab us, we are “punished,” and if they catch us, we will not survive. They think we are spies working for international donors, or that we are not “true” Muslims.’

The government is also wary of them: activists also have to be checked by national security every time they travel. Nevertheless, Witness Somalia is involved in protecting and promoting the basic principles and values of human rights by advocating for equality and social justice within communities.

Dhocob’s work revolves around women rights. ‘We demand justice for women. We push women to raise their voices,’ she said. The organisation educates women to report rape and provides them with legal aid. They have won many cases – and were able to convince doctors to hand in court evidence on rape cases, which they had previously avoided doing. ‘The doctors now stand for women,’ Dhocob emphasised. Witness Somalia set up a laboratory in one of Mogadishu’s hospitals dedicated to rape cases and check-ups. It also relocates women who survived rape and are at risk of being forcibly disappeared or killed in their hometowns. The organisation trains graduates in legal aid and defence, and journalists to speak on behalf of women who were raped.

In addition, awareness campaigns target the government to push for action – but the work cannot end there. Dhocob explains: ‘It should not just be civil society helping women. Women are still vulnerable. We want to take every action possible to help them, and to inform them of their rights.’

Dhocob and her colleagues, a dedicated group of human right defenders and social workers, have been working since January 2015 on monitoring and documenting human rights violations and abuses taking place within the country. The organisation calls for remedial actions, both at a governmental and grassroots level, and demands those behind such violations to be held accountable.

A version of this article was originally posted on ICAN and has been reproduced with permission.