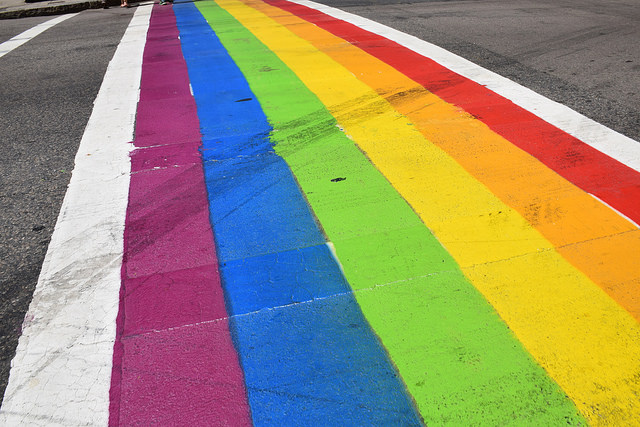 Ex-Muslims: A community in protest

When the Council of Ex-Muslims of Britain (CEMB) started 11 years ago, in June 2007, we were hard pressed to find 25 people who would come out publicly to break the apostasy taboo. Today, we are witnessing an international ex-Muslim ‘community’ – a tsunami of atheism.

But for me, this has never been about building a community as it is understood within identity politics, which implies people being boxed into homogenised, segregated communities with culturally-relative rights managed by ‘community leaders’. Rather, I see ex-Muslims as a community in protest: insisting on freedom from religion, and freedom of conscience. For the right to apostasy and blasphemy, without fear.

Like the LGBT, anti-slavery, anti-colonialist, anti-apartheid, suffragette or civil rights movements, it’s a movement which insists upon our common humanity and equality – not upon difference or superiority. It’s a movement of people who refuse to live in fear and in the shadows, and who are speaking out for social change in unprecedented ways.

This movement matters because thirteen states punish atheism with the death penalty and all of them are Islamic. Because a series of laws in Saudi Arabia define atheism as terrorism, where Ahmad Al-Shamri has been sentenced to death for atheism. Because Sina Dehghan has been sentenced to death in Iran for ‘insulting Islam’. Because a Pakistani High Court Judge has said that blasphemers are terrorists and Ayaz Nizami and Rana Noman face the death penalty there. Because even in countries without the death penalty, such as Bangladesh, Islamists kill atheists whilst the government turns a blind eye. Because in Bangladesh, the atheist poet and publisher Shahzahan Bachchu was dragged out of a shop and shot dead mid-June this year. Because the Egyptian government is producing a national plan to ‘confront and eliminate’ atheism. Because in Egypt, the atheist blogger Sherif Gaber has not been seen in public since his arrest at Cairo airport on 2 May. Because a Malaysian government minister has said that atheists should be ‘hunted down’ and ‘re-educated’. Because even in secular societies, ex-Muslims can be shunned, ostracised, and face ‘honour’ related violence.

This movement matters because you can be killed for leaving or criticising Islam. Full stop. Reason enough.

The Saudi UN Ambassador Abdallah Al-Mouallimi says that advocating for atheism is a terrorist offence; that it leads to chaos. Absurdly, the Guardian’s David Shariatmadari agrees that ‘criticism of religion, Islam especially, can be antisocial, even dangerous’. These accusations are not new. The Suffragettes, for example, were considered dangerous, subversive, as destroying the natural order of things. They were labelled anti-male and traitors for demanding the right to vote. Similarly, ex-Muslims are often labelled traitors or ‘native informants’. After all, when one homogenises a ‘community,’ anyone who steps outside of their assigned place may be deemed dangerous, subversive; as destroying the natural order of things.

Like other social and political movements which fight for equality, the ex-Muslim movement is considered ‘dangerous’ because it subverts the status quo, not because of some paternalistic concern for minorities. After all, don’t minorities also have the right to dissent, to equality, to civil rights and freedoms? And why is blasphemy or apostasy considered ‘Muslim-bashing?’ Is promoting LGBT rights ‘straight-bashing’, or promoting women’s right to vote ‘male-bashing’?

Yet when CEMB took to the streets of London Pride last year, the East London Mosque filed a complaint against our ‘Islamophobic’ placards. It took Pride London eight long months to meet with CEMB and to allow us to return this year. (Imagine if the Westboro Baptist Church had filed a complaint with Pride against a group that was critical of Christianity and the Christian Right. Would it have taken eight months for them to decide whose side they were on?)

When the hashtag #ExMuslimBecause became viral overnight, with over 120,000 Tweets from 65 countries, many people realised they were not alone in their rejection of Islam – maybe for the first time in their lives. Yet BBC Trending described it as an excuse for ‘Muslim-bashing’ and ‘Islamophobia’. Or when we showed our solidarity with those persecuted in Saudi Arabia for eating during Ramadan, armed police came to the Saudi Embassy’s rescue, telling us our eat-in and fast-defying solidarity action was offending those in the embassy.

In my opinion, accusations of ‘Islamophobia’ are less about opposing bigotry and more about defending religious privilege, but you cannot stop racism by outlawing blasphemy and apostasy. These accusations are used to scaremonger ex-Muslims into silence and to impose de facto apostasy and blasphemy laws where none exist. Where these laws do exist, we are accused of these ‘crimes’ and persecuted without any niceties.

The charge of ‘Islamophobia’ protects religion and the religious Right, not believers. There is a clear difference between the term xenophobia, for example, which describes how migrants are targeted by bigotry, or homophobia, where people are targeted for their sexuality, versus Islamophobia, which describes the criticism of an idea. Religion is an idea; Islamism and the religious-Right are political movements. They must be open to criticism. Conflating criticism of Islam and Islamism with ‘Muslim-bashing’ misrepresents dissent as bigotry.

That doesn’t mean that bigotry against Muslims, migrants and minorities doesn’t exist. Of course it does! We live in class-based societies which profit from racism. Ex-Muslims and their families (many of whom are still Muslim) understand this better than most; we also face closed borders, travel bans, hate, violence and discrimination. And, yes of course, there are ex-Muslims who are bigoted against Muslims, just as there are Muslims who are bigoted against ex-Muslims; just as there are women who are misogynists and men who are feminists and so forth. But individuals – not a ‘community’ – must be held accountable for their choices. We are not extensions of our communities to be defended or condemned depending upon which ‘tribe’ we belong to.

Victim blaming is the natural outcome of an unconditional defence of the ‘community’ – if only we had not been so offensive; if only we had minded our manners, well, then there would be no need to threaten, kill or silence us. Ironically, collective blame is a natural outcome of identity politics, which moreover legitimises white identity politics. The argument that cultures are homogenous and need protection has aided the rise of xenophobia and anti-migrant sentiment. Trump uses this narrative all the time, as do far-Right groups like Pegida, the Five Star Movement For Britain and the English Defence League.

Letting migrants drown in waters and separating toddlers from their parents at borders is the height of defending one’s ‘culture’ – as is murdering apostates. Whilst touted as progressive, identity politics is a politics of difference and superiority. These are two edges of the same sword. The politics of difference has always been a fundamental principle of a supremacist agenda – whether it is Nazism, the biological theory of racial superiority or expressions of difference couched in cultural and religious terms. Identity politics is the corruption of the fight for social justice. It degrades it to a mere defence of culture and the homogenous ‘community’.

This is why, when Goldsmiths Islamic Society tried to cancel and disrupt my talk, the LGBTQ+ and Feminist Societies sided with the ISOC against my apparent ‘Islamophobia’ – even after the ISOC President’s homophobic tweets came to light and he was forced to resign. This is why the Muslim LGBTQ charity Imaan has asserted our presence at Pride last year served only to “deepen divisions between communities” and why a Guardian piece by a gay Muslim accuses us of “Islamophobia” whilst defending the East London Mosque which is itself a centre for homophobia. From the point of view of identity politics, it is better to defend the East London Mosque with its preachers, who call for the death penalty for LGBT and apostates, than to be seen to side with ‘those ex-Muslims’ who defend the rights of Muslim and ex-Muslim LGBT. Identity politics fails to see allies and enemies within and outside the ‘community.’ It fails to mobilise real solidarity and see how our lives and rights are interlinked across ‘communities,’ borders and boundaries.

In an age of regressive identity politics and cultural relativism, an ex-Muslim community in protest matters, because it reaffirms universal values, anti-racism, secularism, the fight for equality, social justice and our common humanity. A movement that is about equality not privilege.  Rights without permission.  No apologies.

Council of Ex-Muslims of Britain will be marching at Pride in London 2018 on 7 July. Muslims and ex-Muslims who want to join our group are welcome and can register with us at hello@ex-muslim.org.uk.

The above is a shortened version of a speech at Muslimish Conference in NYC in June 2018.

Maryam Namazie is Spokesperson for the Council of Ex-Muslims of Britain.