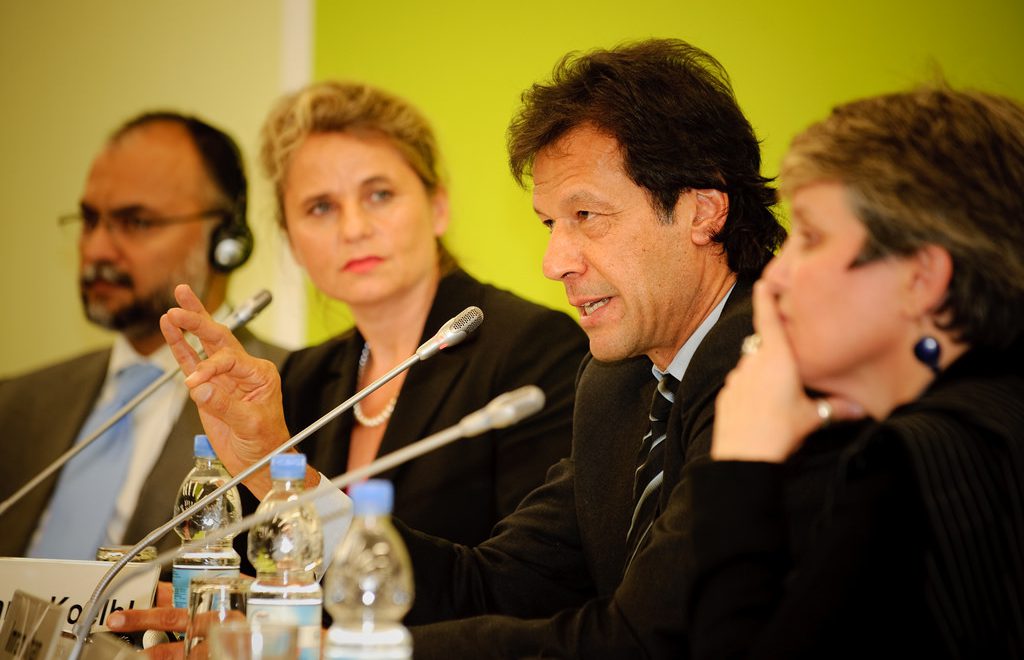 Can someone tell me what ‘western’ feminism is? How does it differ from ‘eastern’ feminism? Can someone provide precise latitude and longitude coordinates for ‘global’ feminism? Feminism is neither geographically defined nor hemispherically confined. Feminism isn’t anti-menism or reject-childrenism. Feminism is a movement for basic human rights that have historically, and systematically, been denied, removed, or replaced.

In this case, the insult comes in the form of Imran Khan’s pronouncement that, ‘western feminism is degrading the role of mothers’ (insert disappointed eye-roll here). I respect Imran Khan. I respect his fight. I respect his efforts. I respect his humanitarian work. That being said, I am utterly disappointed with this recent statement, which he made during a private interview on a Pakistani news channel.

While the working man receives pats on the back, sizable bonuses, perks and promotions, the working woman gets the run-around when she asks for a raise, glares of disdain, and a ‘tsk, tsk’ when she requests more personal days. The working woman is undermined, undervalued, and underappreciated. This is why she is asking for equality. Feminism isn’t always a loud battle cry. It can also be subtle: the whispers of a trampled life, the muted noise of pain.

I would like to request that Imran Khan, and those others who are listening to him and nodding their heads in agreement, become acquainted with the idea of feminism from an egalitarian perspective. Feminism isn’t sexism. This basic fact may sound absurd to those who don’t completely comprehend the problem with a society knee-deep in patriarchal culture.

Imran Khan’s statement was even more unsettling because he leads the political party Tehreek-e-Insaaf which means ‘Initiative for Justice’. How can a leader of a party that stands for justice not see that the feminist battle is also an Initiative for Justice? The fact that he is leader of party which advocates for egalitarian Islamic democracy against the status quo causes my insides to cringe when I hear his remarks on how he thinks feminism diminishes motherhood.

Khan is an inspiration to so many people, young and old, who hope for equal opportunities, a progressive society, corruption-free politics, and an unbiased administration. Unfortunately, his recent interview supports misogynistic ideology. It fails to set him and his party apart from a way of governing which needs to be made obsolete.