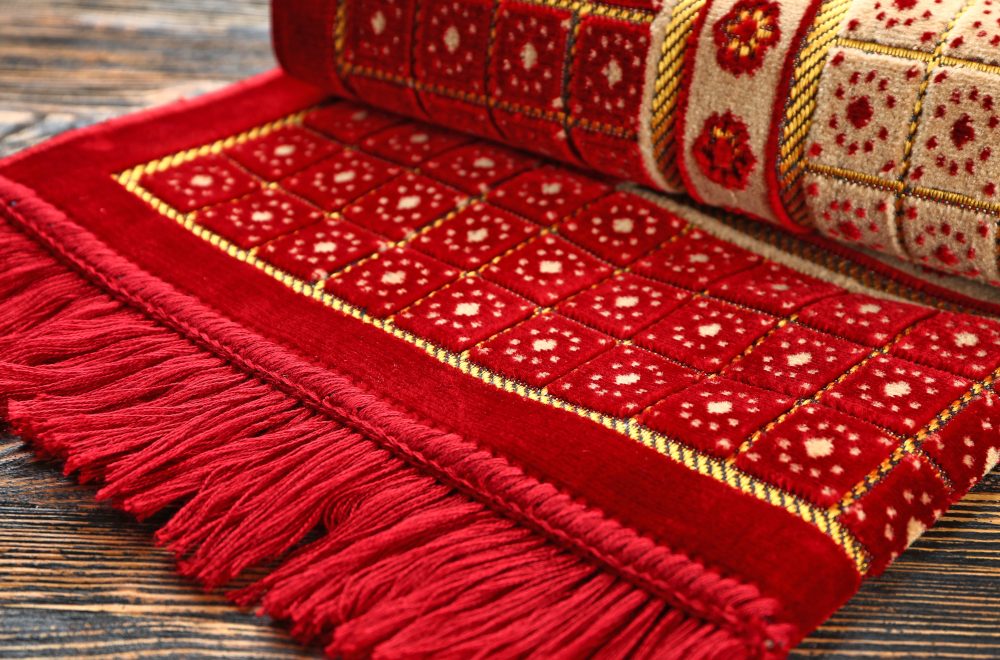 When I was nine years old I naively committed to praying namaz five times a day. This  commitment quickly transitioned from a choice to a responsibility. My motivation for prayer turned from childish excitement to guilt from missing a prayer.

Teachings from Islamic weekend school enclosed me between walls of guilt and fear, entrapping me in the constraints of prayer. On the rare occasions I peered over the edge of this spiritual enclosure and accidentally missed a prayer, I felt immense guilt and immediately went back inside the security of its walls. I feared that if I were to willingly miss a prayer, I would immediately be dealt a disastrous consequence as well as a torturous existence after death. For a decade, namaz followed me everywhere, forcing me to carve out space, time and energy for it at home, at school, and inside fitting rooms at malls.

Following the Hanafi tradition, I was strongly advised (read: required) to pray all the sunnahs, making each prayer lengthy, tiring, and frustrating. I was constantly told that I would find satisfaction and peace from prayer, that I just needed to persevere with the practice and that Allah would eventually gift me with enjoying namaz. I was taught that any sort of worship I did was null in the omniscient eyes of Allah unless it was paired with namaz.

By the time I was nineteen, I felt I was doing something wrong. I had been praying for a decade but namaz was still an arduous chore. I tried praying more. I went from praying five times a day to six or seven, but I was only fueling my guilt and resentment.

The guilt I felt was an extension of the responsibilities implicitly assigned to me as a girl in a tight-knit, conservative community. Religious practices such as namaz are often taught to women in the same definitive manner as the way that patriarchy is embedded into our lives, and as such we are held to a higher standard in completing religious tasks. Additionally, we carry the burden of preventing men from sinning through ‘temptation’ by minimizing our public selves. So when we fail to fulfill an obligation like prayer, the guilt is amplified by this heightened sense of responsibility; an internal patronizing monologue rooted in the guilt associated with being a woman.

The guilt and fear that fueled my namaz were the motivating factors behind the entirety of my religious practice. The guilt I felt toward missing a prayer was so pervasive that I continued praying even during periods when I doubted the existence of Allah. I eventually stopped praying, but only after I was confident there was no creator to punish me for abandoning namaz. I was relieved from the infuriating endlessness of prayer. I felt as though I was walking on land after a decade of treading underwater.

At its core, namaz is an engaging and fulfilling act of faith towards Allah. However, its spiritual significance is diminished by the onerous instructions accompanying it in religious texts: the hadith and sunnah, which have been determined by men. For centuries, men have shaped Islam accordingly to their convenience. As Muslim women continue to build communities and criticise the male dominance of Islam, we can replace worship motivated by fear and guilt with a system of worship characterized by love, devotion, and appreciation for Allah.

Practices such as namaz that had been prescribed to me and enforced by tapping into my fear and guilt prevented me from examining my individual connection to Allah. As I continue to explore my own spirituality, I feel Allah’s presence more strongly now than I did on the prayer mat.

Ayse Koca is a Turkish writer based in Toronto. Her work examines structural forms of social and political inequality. She holds a political science degree from York University in Toronto.