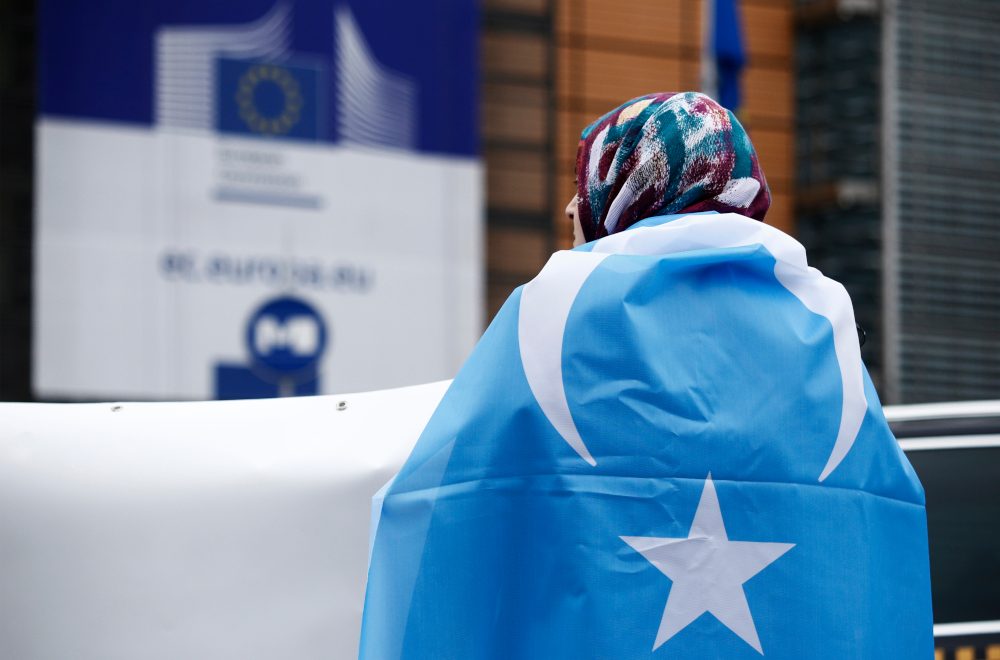 Horrific details of human rights violations against Uyghur Muslim have been surfacing within a world already struggling with the COVID-19 pandemic. There are horrifying reports from Xinjiang hospitals of late-stage pregnancies aborted and new-born babies killed in order to reduce the Uyghur birth-rate.

The Chinese Communist Party has a plan to ‘guide Islam to be ‘compatible with socialism.’ This plan appears to be aimed at eradicating an entire culture through forcibly assimilating the Uyghur Muslim population of Xinjiang into Han society.

First-hand accounts from victims are disturbing. They reveal a systematic state-sponsored genocide in China. Reports of the existence of concentration camps have appeared in international media, mostly based on personal accounts of former detainees. These reports focus upon accusations of torture, cultural destruction, and forced organ harvesting of Uyghur Muslims, as well as the rape and sterilization of Uyghur women.

This raises the question: why have the responses to these human rights violations from the rest of the world been so muffled? The Chinese government has yet to face any significant backlash from the international community for its inhuman policies.

Whether it is security concerns over high tech company Huawei, or the protests in Hong Kong, the incubation of COVID-19, or the systematic persecution of the Uyghur Muslims, there are substantial reasons to criticize Chinese government’s absolutist policies. It is a tragedy that China, the world’s second-largest economy, feels no responsibility to comply with international standards on human rights.

Despite all the condemnations from the West, there is insufficent urgency to mount a collective and influential international response to human rights violations committed against the Uyghurs. There is a need for international intervention in order to hold the Chinese government accountable for its violations of human rights.

The so-called ‘rehabilitation’ of Uyghur Muslims in Chinese concentration camps has mostly been justified in terms of efforts to curb Islamist terrorism in the region. However, those who have gone through the so-called rehabilitation process have said that these initiatives have very little to do with tackling terrorism and much more resemble an organized attempt of ethnic cleansing.

The politics of Muslim majority countries have been fractured by division, sectarianism and military stalemate, shown in the devastating situation in Yemen. It is unwise to rely on Muslim countries to take action atrocities committed against Chinese Muslims, especially when some of them are benefiting from their relationship with China. The notion of the ‘Ummah’ may an essential part of Islamic teachings but has proven to be rather more optional when it comes to realpolitik.

The apparent unity shown in responses from Saudi Arabia, Iran, Pakistan, Afghanistan, and other Muslim countries in issuing fatwas (religious edicts) against women, CharlieHebdo, and dissidents and apostates have always been in service of defending orthodox and totalitarian ideas that help them suppress their own people and persecute those who dare to defy their authority.

Some Muslim governments are also implementing theocratic ideas across which are in stark contrast to basic human rights. They consider any defiance of their authority as blasphemous and have laws to punish people by death for simply having differing opinions. It is not only China that seeks to control the thoughts and beliefs of its citizens.

Muslim majority countries should not be positioned as defenders of human rights when some of them violate human rights with impunity in the name of defending their theocratic beliefs. The international community should no longer reinforce the worn-out fallacy of a ‘united Muslim Ummah.’ Extremist ideologies stemming from religious extremism or totalitarian regimes both can lead people to commit crimes against humanity.

Situating the persecution of Uyghur Muslims as a Muslim issue shrugs off the responsibility to raise the a global voice in defence of these oppressed people. Chinese government officials have been  rejecting mounting evidence of ongoing persecution against Muslims by accusing their critics of being involved in a ‘Western conspiracy.’

There are reports and personal accounts of how the Chinese government has been pressurizing and threatening formers detainees and dissenters to prevent them from speaking up against torture and discrimination that the Chinese Muslims are facing in confinement. Positioning ethnic cleansing as justifed by the need to curb extremism is a smokescreen which obscures the suffering of these victims. These emerging accounts of horrible abuses have not had any impact upon big fashion brands and their consumers benefiting from forced labour that these prisoners are forced into?

The Chinese government has long been able to get away with all its wrongdoings by threatening countries with economical and political sanctions.The US and the UK  have recently reversed the decision about Chinese tech giant Huawei over security concerns. They might have risked political and economical relations with Beijing, but this should be taken as an awakening to the fact that the Chinese government’s absolute and inhuman policies are not what the democratic West stands for.

The international community should champion collective efforts to hold theocratic and totalitarian governments to account when they fail to comply with universal human rights. Western countries have an important role to play in promoting international accountability. Help delayed should be seen as help denied to the suffering Uyghur Muslims. People who remain silent in the face of this brutality are complicit in this crime against humanity.