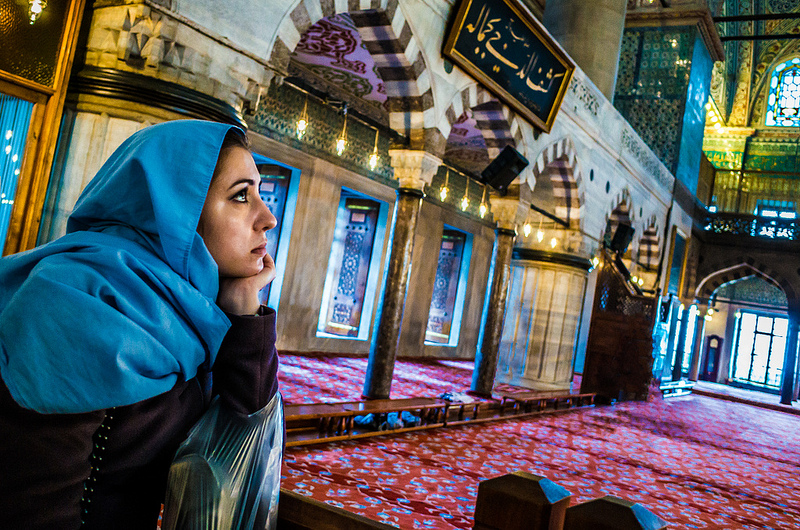 Why I want to build a women-led mosque in Britain

In 2014, I made a journey to the holy city of Makkah to perform the sacred pilgrimage of Umrah with my father. As I pushed my father’s wheel-chair, I was struck by the whirlpool of men and women circumambulating the Kabah, a site considered by some Muslims to be the spiritual centre of the earth. Here in the holiest of cities, men and women, both dressed in white, worshipped side by side as spiritual equals. There were no walls separating us from the house of God. In the UK where I grew up however, the story is different altogether.

I grew up in the city of Bradford, where it was an unspoken rule that Muslim women did not worship in mosques. Like many women, I offered my prayers at home with my mother and sisters. When Friday prayers came ‘round, my father and brother joined the throngs of men streaming into the local mosque. Muslim women have no obligation to pray in mosques as men do, but women who actually wanted to access mosque facilities were brow-beaten by men, claiming that their place wasn’t in the mosque from the top of their moral high-horses. The reasons why Muslim women shouldn’t access the mosque was justified in the name of Islam. Imagine my surprise when I learned that in the early days of Islam, the time of the Prophet Muhammad (peace be upon him) mosques were the buzzing centres of social inclusion and academia for women as much as they were for men. It’s a cruel stroke of irony how far the Muslim community has regressed when it comes to the inclusion of women in public spaces.

Muslim women in my community have been concerned about their access to mosques for many years. The Muslim Women’s Council (MWC), an organisation led by the needs of Muslim women and co-founded by myself, commissioned an audit of prayer facilities in 110 mosques across Bradford. It was apparent that readings of Islam through a patriarchal lens had ostracised Muslim women from the mosque. This gnawed at me. The trickle-down effects of the exclusion of Muslim women from mosques were blatantly apparent from farcical all-male panel discussions discussing issues related to Muslim women to the dearth of female Muslim scholars and leaders we have today. What should have been a spiritual sanctuary for Muslim women had become a space which sapped spiritual energy, as Muslim women were tucked away in the back through discreet side-entrances, or hushed into dimly-lit small spaces with inadequate facilities.

This was a catalyst for action. In 2015, the MWC announced plans to create a women-led mosque and centre of excellence by 2020. It will be the first of its kind in the UK. The mosque will not only be open to men and women of all denominations, but will also create space for communities to discuss pressing issues. Our vision is to create a thriving hub, deeply embedded in the community, addressing issues at a grassroots level, from legal advice, to bereavement and divorce. The centre of excellence will also have a strong partnership with the Forget Me Not children’s hospice, in the hope it can enable access to hospice facilities, which are particularly, underused by minority communities in the area. A women-led mosque is not only desired by Muslim women across the country: it is necessary to challenge patriarchy which has for so long been used to promulgate cultural norms which stifle women’s visibility and participation in public and religious life. It’s very telling that on the one hand, there are some Muslim men who insist Muslim women cannot become Imams while there is a complete absence of any such prohibition in either the Quran or the hadith. This is why the board of the mosque will constitute exclusively of women, a deliberate effort to hand over the baton of power to Muslim women, who have so often been excluded from the decision-making processes of mosques overshadowed by old men with beards.

The idea of Muslim women’s involvement in mosques and in positions of leadership is by no means part of a feminist revolt. It’s a revival of Islamic practices that have unfortunately been buried under centuries of patriarchy. From the very outset of Islam, there were at least 8,000 Muhaddithat, women scholars of hadith (or prophetic narration) that we know of. The Prophet Muhammad’s (peace be upon him) wife Ayesha was one of the foremost scholars of her time. In China, there is a centuries old tradition of female Imams. Gender was not a barrier to Muslim women’s involvement in the public sphere then.

Despite the harsh reality that women are less prominent now than they were during the days of early Islam, the surge in women-led mosques across the world is promising. From Bradford to Bukhara, Muslim women are reclaiming the narrative by building women-led mosques. Only last year, Imam Sherin Khankan opened the first women-led mosque in Copenhagen. Our job now as a community is to resurrect the inclusivity at the heart of Islamic principles in our sacred spaces. By building a women-led mosque, we want to set a precedent for good practice in existing mosques, and spark the fire in the younger generation. Contrary to the assertions of some feminists and Orientalists, Muslim women have never needed rescuing. They are more than capable of fighting their own battles. A women-led mosque such as ours will be one platform amongst many that will allow them to do exactly that.

Bana Gora is the CEO of the Muslim Women’s Council (MWC). She has worked in areas of social policy and community engagement with vulnerable, religiously diverse and BME communities on a local and national level for over 20 years.