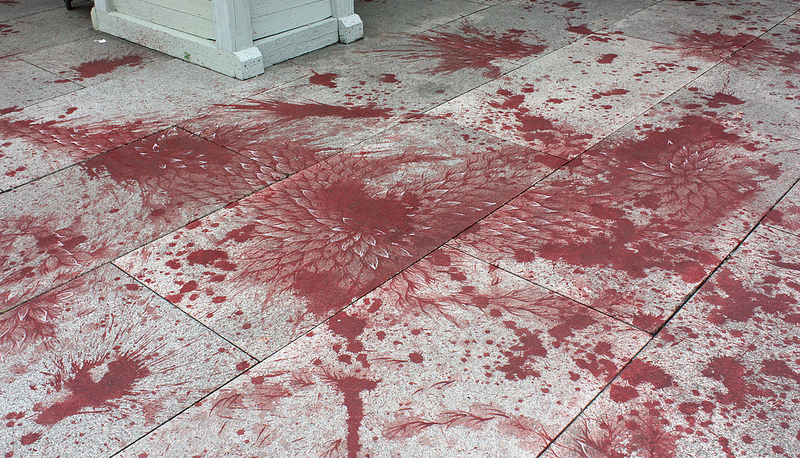 ‘Either grant me the bliss of the ignorant or give me the strength to bear the knowledge.’ Elif Shafak, quoted by Mashal Khan

Seventy years ago, Pakistan was born from a vision of hope. It was born with egalitarian ideals, including rights for minorities who would live with full protection and freedom from oppression. It was never intended for Pakistan to be a religious state, and especially not one riven by religious divisions. Yet sadly, this is what Pakistan has become synonymous with, especially over the last decade or so.

The Blasphemy laws of Pakistan date back to the 1980s, when a number of clauses were added to the Pakistan Penal Code. These can be categorised in two sections: the anti-Ahmadi laws and the blasphemy laws. The Anti-Ahmadi laws state that Ahmadis are forbidden to call themselves Muslims, or to use Islamic terms to describe their religious practices or places of worship. The laws have been modified over the years. In 1982, a clause prescribed life imprisonment for ‘wilful’ desecration of the Quran, the Muslim holy book. In 1986, a separate clause was inserted to punish blasphemy against the Prophet Muhammad. The penalty recommended was ‘death, or imprisonment for life’  ̶  in that order.

Since the 1990s at least 65 people accused of blasphemy have been murdered. The latest killing in the name of God occurred six days ago. The victim was 23-year-old student Mashal Khan. He was beaten to a pulp at Abdul Wali Khan University where he had been studying journalism.

His crime was simple. He dared to think critically in a society, which suffocates those who have the gall to do so. He had the nerve to openly share his humanist views on social media. He had the audacity to question the University’s officials.

His punishment was inconceivable. Stripped naked, severely beaten and then shot. But it didn’t stop there: his lifeless body was thrown from the second floor of the building and beaten by wooden planks.

A crowd of over a hundred gathered and watched. Reports suggest over 20 police officers were on site during this heinous atrocity. They intervened only when the mob was about to set fire to Mashal’s dead body.

45 people were arrested after the attack. The mob included officials from the university who accused him of blasphemy. This is a term that apparently gives you licence to kill whomsoever you choose. McCarthyism is reincarnated.

Initially there were claims that Mashal was an Ahmadi Muslim. As if that would make any of it any better or justifiable. As if it would suddenly stifle the criticism, just because he adhered to beliefs that his killers didn’t ascribe to. But these explanations were quickly discarded. He was a Sunni Muslim and there was no evidence of blasphemy.

His grieving mother lamented ‘tell me the mistake of my son.’ His ‘mistake’ was freedom of thought. A gift that distinguishes us from animals. A gift that set him apart from those who set upon him braying for his blood. It appears that those who killed him didn’t even possess the kindness that animals display to each other. As Mashal wrote himself last month ‘The more I know people, the more I love my dog.’

I have agonised over mob mentality for a while now. Its prevalence disturbs me deeply. The very fact that university officials were among the mob that murdered Mashal is beyond depressing. A university is universally recognised as a sanctuary for debate, discussion and development of ideas. But not in Mardan, Pakistan.

So what’s next? Some politicians and government officials have condemned the attack, including Prime Minister Nawaz Sharif and the Chairman of Pakistan Tehreek-e-Insaf, Imran Khan. But to what effect?

Take Nawaz Sharif for example. He stated that he was ‘shocked and saddened’ by the murder of Mashal Khan. He went on to further say ‘the state will not tolerate citizens that take the law in their own hands.’
Yet at the same time, Mr Sharif has widely supported a crackdown on blasphemous content online. Content, if found, could lead to death. Freedom of expression comes with limitations. Nawaz Sharif is in favour of this.

Imran Khan visited the family of Mashal Khan and later tweeted that he would bring the perpetrators to justice. But how is this possible? How is it possible when vast swathes of a society believe that if you do not agree with an individual’s values you can accuse them of blasphemy and kill them?

Take for example the assassination of Salman Taseer in 2011 by Mustafa Qadri. Taseer was a humanist and an activist who dedicated his life to protecting the lives of the minorities living within Pakistan, yet more people turned out in solidarity towards Qadri then they did for Taseer!
Take for example the case of Asia Bibi, a Pakistani Christian woman who was accused of blasphemy in 2009 and sentenced to death in 2010. She was accused of blasphemy after a group of women she had been arguing with over harvesting berries accused her of insulting Prophet Muhammed.

These cases are endless. So what is the solution? A tolerance of a plurality of thought. This is the backbone of a free and healthy society. But this puts those in power in jeopardy. Tolerance allows room for criticism, accountability and justice. This is the problem in Pakistan: the religious elites seek to manipulate and control the masses by promoting a uniformity of belief. They exploit the uneducated by means of religious knowledge. Yet the ‘knowledge’ that they teach is so far from the truth it does more harm then good. And the state is too weak to dismantle their power.

And on it goes. How much more blood will be spilt in the name of blasphemy, when the biggest sin in the eyes of God is the murder of an innocent individual? How many more Mashal Khans will be murdered before Pakistan realises that its visionaries and future leaders are being annihilated in front of its very eyes, paving the way for a darker, more draconian future? Mass education and re-education is required, starting with the youth so that they have the tools to build a safer, diverse and open society.

‘Be curious, crazy and mad.’

This post was originally published here and has been reproduced with permission.