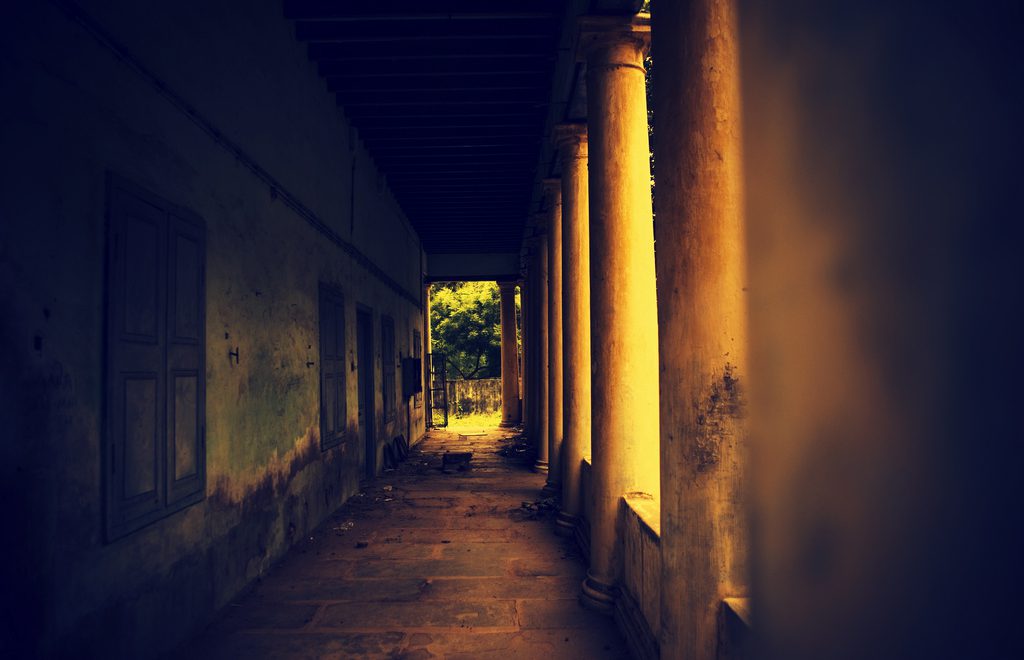 I never knew any women who had been abused by their husbands, except for two. Once I heard my mother talk about them with her friends, but when she saw me, the ladies shooed me away. ‘This is not that kind of beating, children shouldn’t listen’. Then they giggled. Domestic violence is never taken seriously in my community, I thought. I was a child fenimist.

I had always believed extremists were men who had failed at life in such a miserable way that hating people was the only way to compensate for it. We’re simply punching bags at the mercy of someone’s deferred dreams - a sponge for a developmentally disabled man. This is why questioning a thing as mundane as gendered duties is, to him, the destruction of religious integrity, and —

‘CHORES? HELL, NO! NO WAY I’M DOING THAT EXTRA WORK, SWEET CHEEKS! I BRING THE DOUGH, YOU CHURN THE BUTTER!’

‘But, ji! Paighambar would help prepare food, and he sewed his own clothes!’

Kivo, kivo? Why the anger? It’s easy to iron clothes. Just go back and forth, sometimes sideways, put some energy in it for cotton. Much like your sexual prowess.

It takes a village to produce this failure. It takes a nation to prop it on a divine pedestal, where the blind are led by the squint. Sometimes we deign them with the title of mullah.

Mullahs are polymaths, in the sense that they like to educate everyone about algebra’s Muslim connections. They go to some hopeless Urdu madrasa and learn from miserable teachers who remove their frustration over ‘vulgarity’ by propagating, promulgating and promoting their annoyance with everything. I knew a devout teacheress who pushed a young girl down the steps straight into a wheelchair for distributing blasphemous material in school. It was an Avon brochure.

We’re raised in this, the circle of cultural bankruptcy. Not me though; I have upper-class privilege. Thank God.

Tasfir is for those for whom religious education is a substitute for the engineering programme that rejected them. Here, in madrasas, a bitter reduction of Islam, simplified for simpletons, funded by extremists, is imparted to young minds that deserve better – of everything. Better madrasas, better schools, better parents. A little less single origin and a little more mixed blend.

When we were young, the rallying cry of middle-class mothers was: ‘Study! Or we’ll dump you in a madrasa, and then marry you to a butcher when you’re eighteen’. Today, I am a doctor. Actually, I’m unemployed, with mild seasonal depression, but I got an A1 number in university. What did not-so-Imam Anzar Shah manage? His A1 number went only as far as Baba 120 University, yet he has more followers than I ever will.

Do you want to become a mullah, though? If you’re not already sharpening a sword right now, then you’re a good candidate. If you want to be a mullah you need to be well-educated, you need to understand the contemporary world, you need to accept cultural diversity, you need to know that you don’t know everything, you need to doubt – mostly, you cannot impart an education that teaches children that religiosity is greater than humanity.

Alas! What are we left with? When my local mullah passed a chance fatwa on crockery, I went around asking family members what kinds of cautionary cultural bans those betel-tainted lips, curtained by flowing henna-coloured hair had ordered before.

Try to separate the home-made fatwa from the ones I made up:

There is no education, but even imagination is a victim in the mouths of mullahs— a dangerous habit even. In times of religious despair, my father always tells me, ‘Everything is Islam. When you can choose from 1,000 years of heritage, choose the good, and leave the bad’. I said, ‘What if someone thinks silencing me is good?’ He said, ‘Then you marry an American, and move to Chicago. Good Muslims go to Chicago’.