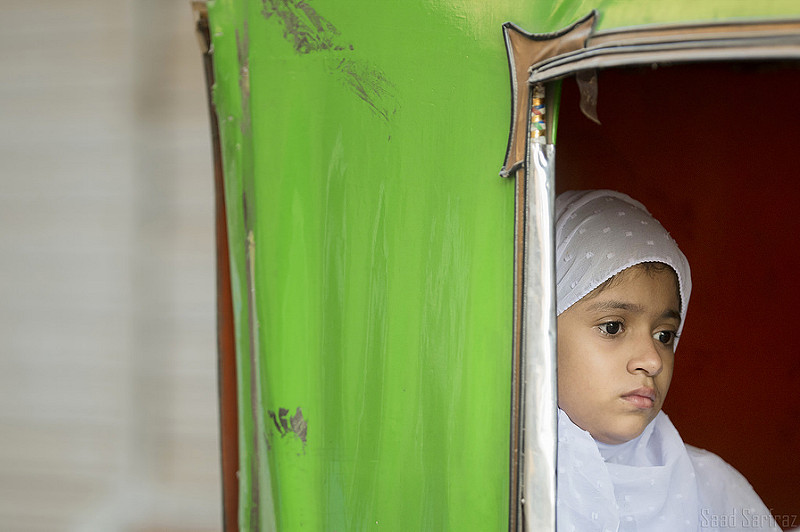 Sometimes with my evening tea and biscuits I get the rare opportunity to flick through TV channels. Rare, because our TV is almost always occupied by my little sister who wants to watch KPop, or my father who wants to watch the news, or my grandfather who will literally watch any sport known to man. On one such occasion, I stopped my channel-flicking at a Pakistani drama. What caught my attention was a strange scene. A murder had been committed in a village. The guilty party was locked up. In order to free him, the family brought along a young girl of theirs who was then given to the deceased’s family. Following this, the guilty man was released. The father of the dead man forgave him. Everyone went home. I didn’t quite understand.

I asked a friend who is a television junkie why the girl had been ruthlessly handed over and what was to become of her. ‘Woh toh vani ho gayi hai’. (She has been given off as vani). ‘Huh? Bani?’ I was not familiar with the term. ‘Nahi, vani. Vani, you know. Sangchatti. Swara.’ I still did not understand. That night, while pouring over articles on the internet, I felt the most shocking jolt. The mere fact that I was so unaware of the particularities of this custom made my privileged life very clear. I lay on my bed in a daze wondering how many little girls had had to go through this heinous torture.

Vani is a form of arranged child marriage, and the result of a punishment decided by a council of tribal elders called a jirga. Vani is a cultural custom found in parts of Pakistan wherein young girls are forcibly married to a member of the wronged party as part of the punishment for a crime committed by her male relative. The male relative is then granted forgiveness in front of the jirga and life goes on. This custom seemingly originates from the ‘blood for blood’ law of qisas and is also prevalent in Afghanistan by the name of swara.

Two weeks ago in Gothki ,a father was ordered to vani his three year old daughter as a consequence of not paying a fine to the village officials. A three year old girl. It was the order of the Jirga, and thus he had to obey. Many other cases, such as one where a twelve-year-old girl was handed over as a wife to an 85 year old man for a crime committed by her father stand as further examples. Can you even begin to fathom these situations? Let it sink in – they are real, and still happening in the world that we live in today.

The fact that councils such as jirgas, where the chosen leaders don’t necessarily have any credentials or backgrounds, but have their own ideas about what is just instead still get to decide the fate of common folk rings several alarm bells. The lack of a well-established judicial system in countries such as Pakistan has always been an issue, and the jirga system is an important part of that.

I feel nauseated at the thought of fathers, brothers and uncles who let the women in their family pay the price for crimes they have committed. In cultures like mine, Muslim men proudly boast that their sisters, mothers, wives and daughters are their izzat (dignity). But if this is what dignity entails then there really is no hope left for humanity. I feel even more nauseated at the elders and prominent members of society who continue to defend this practice by saying things, like that the men in these situations are helpless. You are helpless? You committed a murder? You raped someone? You evaded taxes? Committed another crime? Beat someone up? Then how about you sacrifice yourself and bear the punishment for what you did instead of the cowardly act of brutally sacrificing your sister, or your daughter who has probably spent her life cooking, cleaning and taking care of your needs.

Perhaps the saddest thing of all is how families make the decision to give up a girl rather than a criminal, because a man’s existence has so much more worth in their eyes. Arguably, he might be the bread winner, the source of income for the family in some cases, but what of the poor innocent soul who had nothing to do with the matter? She merely pays the price for the huge crime of being born a girl.

There are constant lumps in my throat as I type every word of this. How long will we continue to live in a world where men destruct and women suffer? How many little girls are paying a gruesome price for a crime they never committed? The crux of the matter is: women are still viewed as property, as commodities that can be bartered. We see this sentiment manifest itself in various ways, whether it is the norm of ‘escorts’ taking care of high profile business men, or women as bargaining chips in dispute settling rituals in small villages.

I am fully aware that ranting about such a topic on the internet might not seem like much. But what I ardently pray for is for people to start discussing these things instead of letting them be swept under the rug because we are too embarrassed to accept the dark shadows in our cultures. There are many grey areas, many atrocities that keep going on because we deem patriotism too precious and let it overpower the need for raising our voices. Until and unless we talk about such customs and force authorities to take action, namely those who can refine laws and extend education to tribal areas, many innocent souls will continue to suffer. Think of this piece as a plea from a child bride, who was happily playing on a tree swing with her friends the previous day, but is now cowering in an unknown house she was married into because her family gave her up to save their criminal son. I am confident it won’t let you sit still.

A Pakistani living in the United Arab Emirates who is always thinking about travel, plant-based food, theology, gender, poetry or cats instead of working on deadlines. A part time sock collector and a full time girl power proponent.