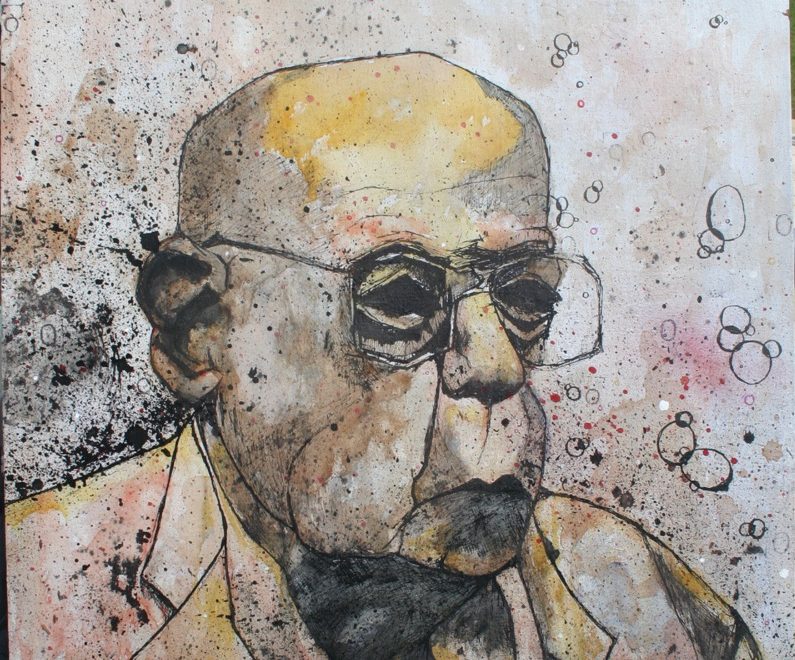 One fine evening a grandfather sat with his grandchildren gathered around him. It was a routine evening which he was used to enjoying over the years, but for some reason he kept losing control; feeling unable to answer the children. He was staring out of the window at the sky, the dark deep sky. Though the stars were shining he was unable to feel their shine in his eyes. Suddenly, when a little one yelled, ’Who is this young man with a bright smile?’ He turned and smiled forcefully. ‘It is me – your grandfather’, he replied. ’You were so strong‘, said the little girl as she munched on her snack.

He sat with children looking through old photo albums. Now, after decades, he still can recall all the moments, those happy and energetic moments. As the kids turned to other photos, the old man smiled once again, as if he were reliving the moment. Suddenly, he realized how rapidly time had passed. He used to sit with friends and relatives; the loud laughter, the calm atmosphere. Everything was picture perfect. How with time everything slowly disappears. His friends had left him, one by one, and now there was no one to share his laughter. Yes, the atmosphere was still calm, but the silence was killing him inside. The memory of the past shivered through his soul once again.

The pictures finally took him to the city of love and warmth, where once life had danced and where people had laughed together. Life was at its peak. Everything seemed so perfect, where everyone wished each other well. The emptiness in him belonged to the city. The memory of old days was tearing his soul apart. His heart ached every time he thought about the now empty streets of the city, and he cried over the neighbourhood’s misfortune. There was a time when the faces of the people were as bright as stars, but now sadly those wounded faces had disappeared and become lost somewhere, somewhere so far away.

He still could not figure out the restlessness of his soul. It is seemed that he wanted to relive the life he once lived there, but there was nothing left there. He was breathing through his memories, now, in the later years of his life. The smiling faces of the past gave him just enough energy to survive the next day. Being lost in thought, he was unable to hear the giggles and murmurs of his grandchildren. Yes, he was physically there, but mentally he was still in his hometown where he used to roam without fear. This old, weak man had once been lively and full of hope. Peace was priceless, as precious as diamonds. The love among people was equal for all. They grew up sharing every moment with each other. The bond between them was forged over years, and was as strong as the mountains. One morning the end begun. A loud explosion hit the city. Shocked people begun to collect bodies, which became an everyday practice. The birds which had sung love-songs left the city. The number of casualties increased. From elder to new born, no one was safe. They cried heaviest whenever they had to bury a child.

The old man then, with heavy heart recalled the neighbourhood where the women and young girls used to spend their chilly evenings in cosy woollen shawls. The neighbourhood became a dark and hollow place, where women wiped their tears silently. Yes, it was turned into a graveyard where people sat silently with crying hearts, dead inside. Moment after moment, the man realized how much he has lost: an entire life. His mind full of memories from his past, recalled screaming from his heart, loudly. The people used to cry loudly, even harder when they were being attacked. Day by day they were killed. Or else they were killed long ago when they buried that very first newborn in the city. He remembers the screams. He can still hear the shouts in his mind – wondering why the people outside the neighbourhood and the city did not listen to those who were dying? Why did they stay silent when children were bombed, and when the older and weaker people starved? Amongst the thousands of thoughts in his mind, he wondered why the world turned their eyes from them? Why their souls became numb, how their eyes stayed so dry over the blood of innocents?

I am Madeeha Rashid Zuberi, a passionate writer. I like to write on social issues which I think needs our attention the most.