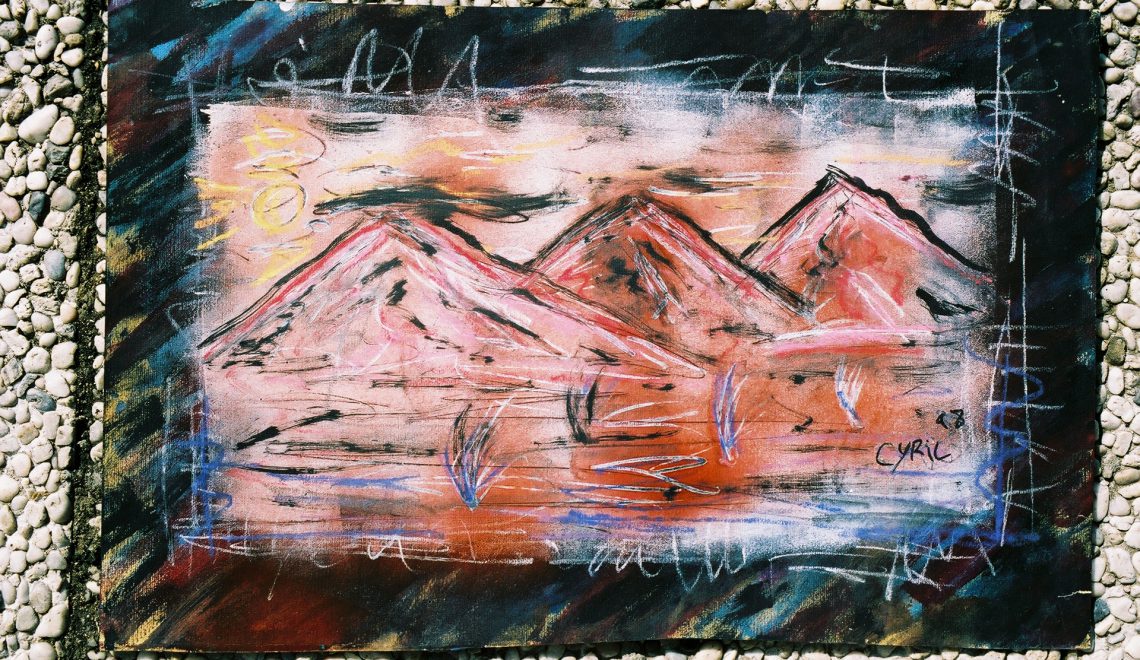 In my home province of Sindh, bordering the sea is in the south of Pakistan, there was once a Sufi poet called Shah Abdul Latif Bhitai. He lived in the 17th century. He is known as the Shakespeare of Sindh. His poetry is beloved by all people of Sindh; it is recited and sung at festivals, memorized by children in school, and quoted everywhere. He spoke of ordinary people in Sindh: farmers, labourers, village men and women, and used the love between men and women as a symbol of the love between human beings and God.

Shah Abdul Latif wrote about seven women in his poetry. The women of Shah Abdul Latif’s poetry are known as the Seven Queens, heroines of Sindhi folklore who have been given the status of royalty in Shah Jo Risalo. These women were in love with honest men, and wanted to be with them, but were separated from them by fate or circumstances. Shah Abdul Latif wrote about their struggles to be reunited with their lovers. This struggle is symbolic, too of the separation between human beings and God, and joy of finally being reunited with the Divine. ‘The Seven Queens were celebrated throughout Sindh for their positive qualities: their honesty, integrity, piety and loyalty. They were also valued for their bravery and their willingness to risk their lives in the name of love.’

These women were seen as positive role models to be admired and emulated. And through generations I believe these stories have given many Pakistani women strength to fight for their rights and for their freedom.

Society and governments have many theories about how to end this state of affairs for women. To invest in their education. To encourage them to join the workforce. To elect women to parliament; to have them serve in the government as heads of state.

It is my firm belief that the road to empowerment starts when women begin to relate their own stories, and to tell the world what is happening in their lives. In this way we can know what it is they endure and overcome, rather than going on suffering indignity and injustice in silence. The only way for us to envision a better future for our girls and women is for them to be free to tell their stories.

Stories are the building blocks of human civilization. Language and the oral tradition of telling stories was what marked human beings as apart from other living beings. We made the first steps towards modernity when we began to draw on the walls of caves as a way of telling stories. When we developed a written language, we set ourselves irrevocably on a path of development in which books would be as powerful as weapons, money, or land. If history is made of stories, then those who can write stories tell our history, and they are the ones who shape our futures. This makes storytellers powerful figures in all societies: the keeper of records, the visionaries of the future, the conscience and soul of the past, present and future.

Just like religion, the power of telling and reading stories was also controlled by patriarchy. This is why European women were, in the Middle Ages and the Renaissance, not allowed to learn to read or write. It is why the religious scholars of Judaism were men and women were not permitted to study the Torah. It is why the voices of women scholars in Islam have been suppressed through the centuries — and the work of the Islamic scholar Sheikh Mohammed Akram Nadwi has unearthed 8,000 women scholars in the classical period of Islam who taught, wrote, gave lectures, and studied Islam.

It is not easy for a woman to tell her story. Many of the stories she must tell are steeped in shame and fear and violence. She has been taught by society not to talk, not to open her mouth if she is being beaten, not to tell if she has been raped, or abused by a family member. She is taught that her patience and silence are the most noble way to endure her pain. What a lie. The only person that silence serves is the abuser, the rapist, the murderer, the molester. A woman has been taught to fear the consequences of telling her story, when it is the criminal who should be afraid. But silence goes hand in hand with intimidation. For women, silence is the scar that can’t be seen.

So, getting women to tell their stories is the start to ending silence. When women step forward to tell their stories, they gain courage. They are believed. They meet with other women with similar stories to tell. They gain more courage. Their sense of social justice — that what happens to them, their oppressions, the unfairnesses in their lives — is even more strengthened.

When you meet with any woman, from any class or society in Pakistan, she wants to tell you her story. The story of her life. That she couldn’t go to school beyond the age of nine, or 12, or that she never went to school at all. What age she was married at. That she had three children by the time she was eighteen. That she has eight daughters. That her husband is a good man because he doesn’t beat her. Or he beats her and she endures it. That he is a drug addict who has not worked for twelve years, and she works to support the family.