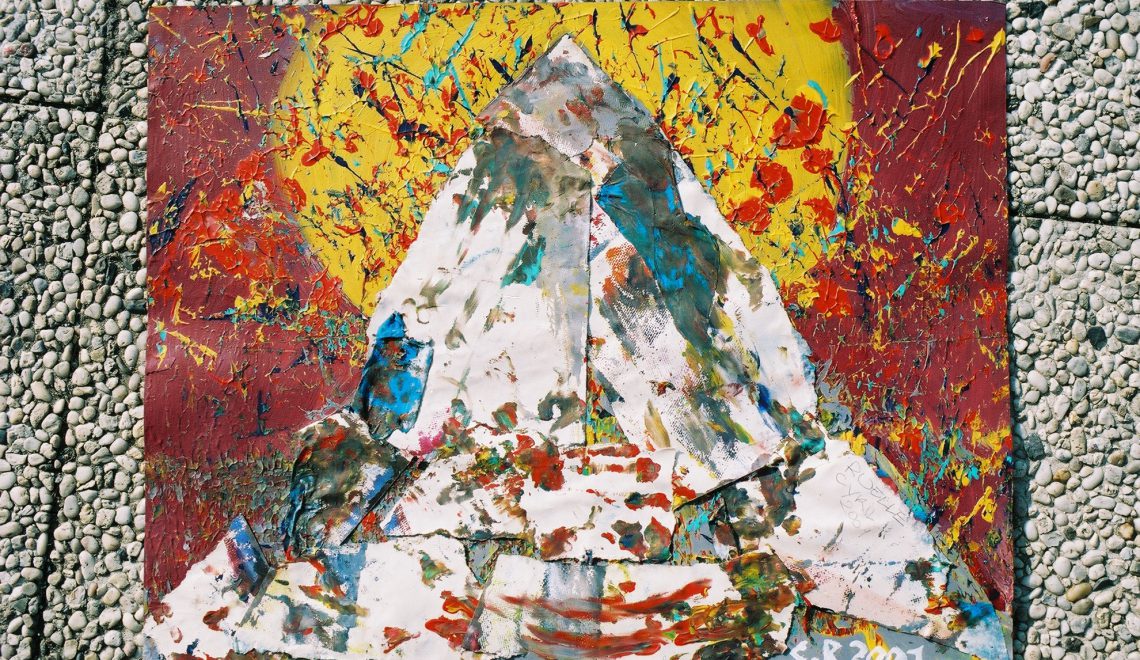 Pakistani women climb a hard road, up the highest mountain — patriarchy —  but this is a mountain that they will conquer. In this essay, Bina Shah explains how telling women’s stories is the first step towards empowerment.

I am a writer, a columnist, a novelist and short story writer. But I am also a passionate advocate for the rights of girls and women. Today I want to talk about more than the status of girls and women in my country, but also how we are working towards positive changes in order to ensure that Pakistani women have an equal place in society, as our Constitution promises.

Pakistan is a developing country, a Third World nation, a Muslim country, and a frontline in a global war against terrorism. But it is also a part of the world where women are traditionally expected to be subservient to men, to occupy a lower status to them, and to exist for their convenience and pleasure.

These attitudes mean that women are expected to not have the same chance at education as men. They should not build careers outside the home. They should restrict their lives to caring for their children and husband, and looking after the house.

It was not so different in Europe too long ago, and in many places in Europe, the man is still seen as the head of the household, and the authority which women must obey.

This state of affairs exists not because of religion, but because of patriarchy, which is in my opinion truly the world’s most popular religion. An entire world system has developed in which men hold power and women are excluded from it. Patriarchy is perpetuated is when a man is recognised by the law as the head of the family, and descent and the distribution of wealth and assets go through the male line. Religion has been shaped by male scholars and monarchs alike in order to reflect this power system, not to challenge and destroy it.

Why do I say that patriarchy is not inherent to religion? Jesus was an advocate for women: he was a champion of the downtrodden and dispossessed, including women. Many Muslims also believe that The Prophet Muhammed, peace be upon him, was also an advocate for women’s rights: Islam considers women spiritual equals to men. Islamic law allows women to own property, to marry of their own free will and choice, to work and have a profession. She has the right to divorce and to get child support; to keep her own earnings. Many of these rights were not established for women in Europe until the 19th century. But we in our Muslim countries have fallen behind, and in many cases erased those advances for women.

So the system of patriarchy can either be challenged by religion, or supported by it, as well as by the government, other leaders, and political systems. It is truly amazing how much time, money, resources and energy is spent in perpetuating this power system, and how resistant people —  both men and women  — are to changing it. A small example: in Pakistan your passport and ID card show the name of your father, not your mother. To get anything done in Pakistan — obtain a passport, get a bank account, an ID card, a driver’s license — they want the name of your father. On a job application, both men and women list their father’s name.

The indoctrination into patriarchy starts young. For example, here are some words from my colleague, the Malawian writer Shadreck Chikoti:

Going back in time, I realise that I never read any progressive story about girls and women in my primary school days. Girls were good for cooking, family chores, nursing the sick and only praised for their beauty, (Nyenyezi Titha). They never were doctors, or soldiers, or pilots, or politicians, or anything. Even their names; The boy, Timve (Let’s listen) the girl, Tsala (Stay back). And so it was that year after year we received such poison, such indoctrination, silencing the female character.

And at home, they met with the hyenas, and the domestic chores and the many DON’TS that our society presses upon them, where every man assumes the right and an authority to police any woman on how they dress, how they walk, where they go and so on and so forth. Women get undressed by vendors in the streets because of wearing trousers, or miniskirts: my government, my church, and my society say nothing.

Even the homes; women are for the kitchen, son, why are you crying? Boys don’t cry. Why are you behaving like a woman? Hey, cross your legs. Go to the kitchen, I want to talk to your brother. Eish! A man cooking? (He must be under some spell) And are they not the targets for many sermons in church. The Bible says a woman should not wear men’s clothes. No miniskirts. No lipsticks, no fake nails, no dreads, no weaves, we want natural beauty, you should be proud of the way God made you. And to the men? No sermon on how they should dress.

I am a father to a daughter. A brother to a sister. A husband to a beautiful wife. An uncle to a niece. That we may end the silence that is found at every corner of our society.

Even though this writer is a friend from Malawi, the story he tells is a familiar one. This is the story that too many girls and women are told, to influence them along a certain path in life. One of subservience, of domination, of obedience and submission. And of silence.

This system of patriarchy dominates most countries in the world, including Pakistan. In Pakistan today, it is the highest mountain. It is a sad reality that societal attitudes toward women label us as commodities, second-class citizens and financial liabilities to our families. This leaves us open to abusive and violent traditions, dictated by tribal codes and enforced by social and religious conservatism: child marriages, forced marriages, bartering of women to appease feuds and the most egregious gender crime, ‘honour’ killings.

Regardless of what has traditionally been expected of them, what patriarchy dictates for them, Pakistani women have defied patriarchy even while living under its shadow; the highest mountain that Pakistani women must scale throughout their lives.

Pakistani women have always worked. They have always gone to school and college. They have always built careers. From the birth of the Pakistani nation, we have had women doctors, businesswomen, scientists, teachers. Pakistani women have fought hard for their rights; for equality. The feminists and women’s rights activists of Pakistan have been truly inspirational. There is now a whole new generation of young women ready to take up the cause for women’s empowerment.

Today, Pakistan is undergoing a social revolution, and women are at its forefront. Pakistani women have a huge number of obstacles to overcome but those obstacles have only made women more determined to achieve their goals.

Pakistani women do not feel they can make a choice between their families and their careers. They want to balance their expected, traditional roles with their career goals and their individual goals, and in a way, although it has made their lives more complicated it has pushed them towards excellence. There is something about having to fight hard for your dreams, to overcome opposition, that makes you even more stubborn and even more strong than if you had everything handed to you on a plate. This is why Pakistani women are truly excellent in everything that they do, and they do it with patience, determination, humour, and faith in themselves and in God.

Pakistani women climb a hard road, up the highest mountain, but we are reaching the summit: this is a mountain that we will conquer.