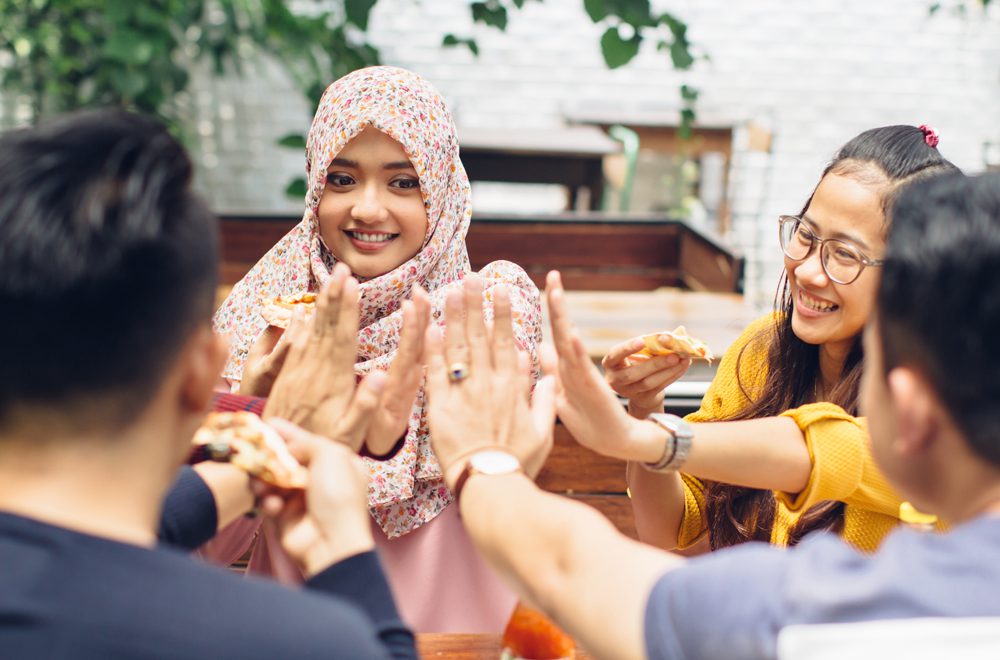 Currently, I’m preparing for a presentation next week in class. It is about my religion, Islam. In my country, taking a course in religion is mandatory in college and this semester I will take that course along with students who have different faiths from me. The preparation is both interesting… and frightening. It is interesting because it has been years since the last time I read the prophet’s stories or re-visited the laws and the reasoning behind them. It is frightening because of the stigma against Islam nowadays.

Although I live in a Muslim majority country, Muslim students are the minority on my campus. It is actually the first environment in which I have been part of the minority in my life. And I have to say, it feels different.

The presentation is actually a group project. Each member of the group has the freedom to choose which topic or aspect of Islam they would like to talk about. I chose to collect influential Muslim figures from around the world. Men, women, athletes, scientists, artists, politicians, everything. Besides that, I watched tons of videos regarding Islam. Mostly for an introductory video to put into the first slide. From all the videos I watched, there were some heart-warming social experiments. So, why not?

It is still four days until the presentation. The previous presentations, from other faiths and belief groups, became pretty heated. There were debates about history, about their opinions, and some questions about law. Because there will be an audience to the debate, I have been thinking about the kinds of questions my classmates might bash us with on the day of our presentation. Will they be about polygamy, dating, jihad, halal foods etc, or simply about whether we are proud to be Muslims?

Anything can happen; anyone can ask anything. Including me – questioning myself. Have I been taking Islam for granted? Just because I have Muslim parents, I haven’t questioned or studied my beliefs, or even been particularly curious about them. I have never been on a journey of faith, unlike converts or those Muslims around the world who live in Muslim minority countries.

Here, being a Muslim is easy. Halal food, mosques and holidays. It didn’t occur to me to think about the hardships of being a Muslim in other countries. In the country I live in, there’s an unspoken phenomenon. I could call it Islamic privilege, just like the white privilege you find in western countries.

I should really get back to preparing my presentation, shouldn’t I?  Wish me luck.

Firnita is a part time food technology undergraduate student who is a full time dreamer. She contributes her writings to some website and has a podcast. Mostly can be found in her own house because she doesn’t like to go outside. She likes to read her poems on open mics and share some on her Instagram.