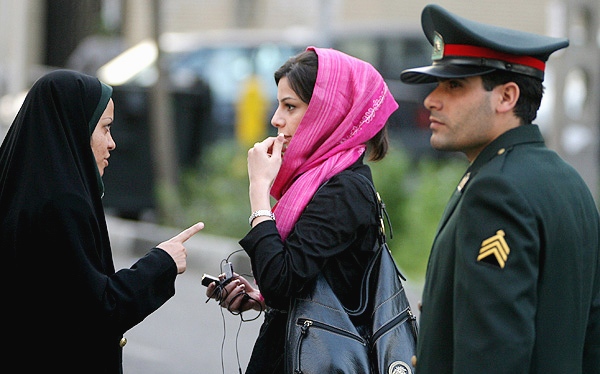 We have reached an era in which what individual women wear to beaches has become a crucial concern within the secular, former colonial, French government. During the summer of 2016, 30 mayors in France have banned the burkini, a form of swimwear, which many Muslim women wear to remain consistent with their interpretation of religious rulings on modesty. The burkini ban has caused an explosion of controversy after France already banned the face veil (niqab) in 2011. The burkini ban has only contributed more pressure to already enraged Muslim women in France. It has lead many journalists and activists worldwide to question the legitimacy of ‘liberté’ (French for freedom) in France. This ban, fueled by Islamophobia and racism, from some Muslims’ perspective, has confirmed their accusation of a France’s hypocrisy in the distribution of rights and freedoms. Muslims worldwide are appalled by the ban, and have united against the policing of the Muslim women’s’ bodies. Which is great; except that this activism is very much more limited when Muslim women take a stand against Muslims policing Muslim women’s bodies.

During the international opposition against France’s attempt to ban burkinis, Muslim women in Iran, Saudi Arabia and Sudan were opposing the same thing: the policing of their bodies by the state. Of course, countries like Saudi Arabia, Iran, and Sudan are not secular states; yet when it comes to policing Muslim women’s bodies, they have a lot in common.  Muslims were on the front lines of opposing the abuse of authority involved in regulating what Muslim women can, and cannot, wear in France. One would assume from this example that Muslim women are absolutely free from having their bodies policed in their respective Muslim communities. Yet this is almost never the case. When it comes to matters of what Muslim women wear, Muslim activism against Islamophobia, and sexism is selective. It occurs when the practice of covering up Muslim women’s bodies is at threat. However, if a Muslim woman is forced to follow regulations on what she should wear which are considered in tune with Islam, then that activism is nowhere to be seen.

In the year 2015, nine women were arrested and prosecuted for wearing trousers in Sudan. These brave women decided to rebel against the laws that policed their bodies. This was a brave and revolutionary act which resulted in brutal consequences: a trial in which they ran the risk of jail time and forty lashes. The minimal coverage and concern the Muslim community has made over the way Sudan attempted to prosecute and physically abuse women for simply wearing trousers is grotesque in comparison with the outrage over the way France attempted to ban women from covering at the beach. Sudanese Muslim and non-Muslim women are policed by their state constantly, yet the outrage from Muslim human rights groups, associations, or communities is minimal or non-existent.

Both cases are worth the equal amount of outrage. Yet, only one case received outrage sufficient to develop a high level of media coverage, which has triggered official responses. Do Muslim women’s rights only matter when our hijab is threatened?

As a Muslim woman, it is safe to say this is due to the deeply rooted misogyny within the Muslim community which, unfortunately, has become affiliated with Islam. Misogyny comes in the picture when people, specifically men, believe it is appropriate, even mandatory, to police Muslim women’s bodies under the guise of a ‘religious obligation’. It is not a religious obligation upon any person, or state, to police another person’s choice of what they put on their bodies. States such as Sudan and Saudi Arabia may not be secular, but that does not excuse Muslims from fighting for the right for women to wear what they like. It is not justifiable to remain silent when other women are enforced to cover up against their will. If the same outrage over the burkini ban had occurred at the Sudanese women’s prosecution for wearing trousers, or Saudi women’s obligation to wear a abaya, or Iranian women’s obligation to wear hijab, there would be a reform.

Whether the state policing Muslim women’s bodies is secular or not, it should not prevent anyone from standing by Muslim women’s rights to control our own bodies.  There should be no room for selective activism and hypocritical concern. It’s time to reform the way we stand by and support Muslim women.

Ghizlane Zerzkhane is an aspiring journalist, a feminist, activist, and poet who seeks to give a voice to everyone and every story through her journalism. Currently studying at York University, Ghizlane aspires to work as an investigative political journalist. Ghizlane currently is a writer for BVSE, and regularly interviews artists and people with professions in Toronto.