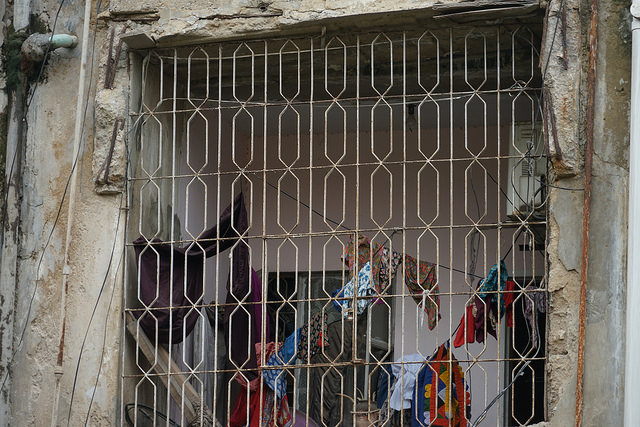 A woman in slavery

Moothra is a term used to refer to women who are restricted to their parent’s home after a marriage has ended without divorce. When a relationship between man and woman breaks down, he leaves at her parent’s home. There is no divorce, which would threaten family honour. Meanwhile he moves on to a second marriage easily.

Some time ago, I met Fatima, a married woman who had returned to her parent’s home without being granted a divorce. She had been very pretty, but I when I saw her she was weak, and had lost the freshness she had had before marriage. Her in-laws had been very cruel to her. They had treated her like a slave. She worked all day and night at her in-laws home, being given only some green tea with dry bread to live on. Her parents decided to rescue their daughter from this situation, but in order to maintain their family’s dignity they are not pushing for a divorce. Her husband’s family doesn’t want her to divorce because that would reflect badly on them too. So, Fatima lives at her parent’s home but with no authority to do anything for herself. She is still a slave.

There are more women who fall into the Moothra category. Sara is one of them. She has lived at her parent’s home for many years. She was not considered beautiful, so her husband didn’t want her: he wanted to marry a beautiful woman instead. He conducted a second marriage, regardless of his two daughters with Sara. Sara wasn’t able to bear another child to her husband so she decided to return to her parent’s home. She decided she wanted a divorce but her husband refused on the basis of his own family’s honour. She is currently living on a small salary for teaching, while taking care of her parents, brothers and their wives. One of her daughters died in a kitchen fire whilst making breakfast for her grandparents before school. Now she only has one daughter. She looks after her daughter on her own. This is very difficult for a Pashtun woman. She does not have permission to work outside the home, nor any relevant qualifications.

Saina is a woman who also described as Moothra. Her parents had given her in marriage in order to end a feud within their family, another historic part of Pashtun culture. After marriage, she wanted to visit to her parents’ home. Her in-laws didn’t give her permission to travel and told her that if she was so keen to go to her parents’ home then they would not accept her back. It is considered a duty of in-laws to allow a daughter-in-law to visit her parent’s home. When she arrived at her parent’s, her father said that she could not go back unless her in-laws came to take her. Nobody from her husband’s family came for her. She has one son with her and they have both have stayed at the parent’s since. After a time, her husband contracted a second marriage, while she remains at her parent’s home with no divorce. Nobody is concerned about her: neither her in-laws nor her parents care. She is living with neither a divorce nor a partner.

There are many stories like this that show women’s vulnerability within Pashtun families. But most importantly, it shows their social exclusion. Pashtun women don’t have the opportunities to make their own way in life; they don’t have any supporters. Women are kept too weak to claim their rights. Pashtun women are expected to live their lives according to traditions that bring them no benefits.

In Islam, women are permitted to remarry. This option must be open to women who have been disowned but not divorced. Women classified as Moothra have no financial support. They are helpless, left dependent upon their parents. If their parents can’t afford to support their daughters, then their futures are ruined. A cultural change is essential. Women are deprived of their rights. It is important that we hear the voices of women like Fatima, Sara and Saina, that we support them, and that we fight for the empowerment of all women.

Editors note: All names have been changed in this article.