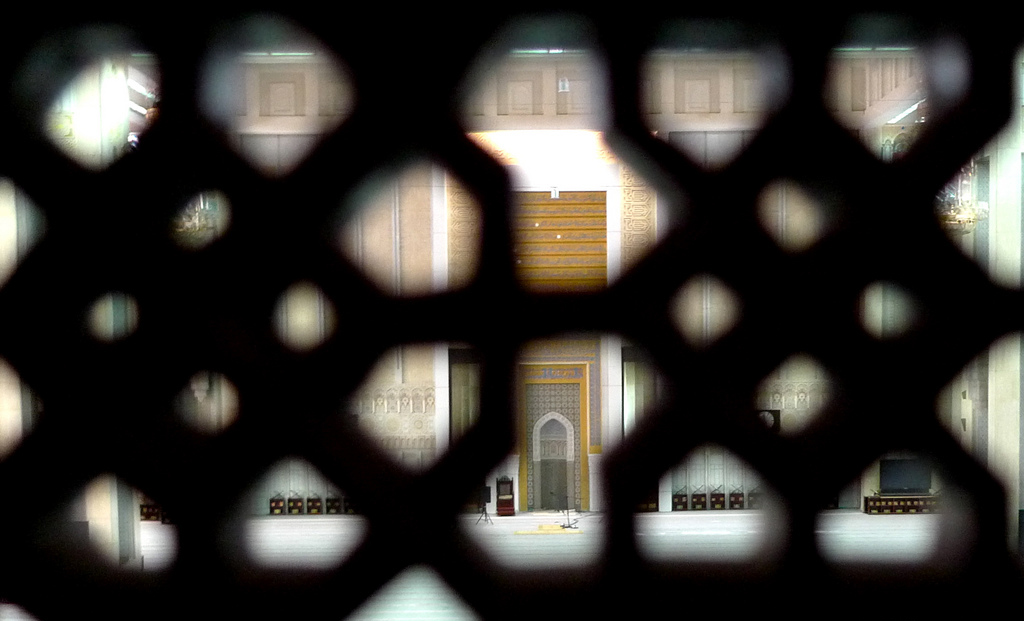 We’re living in an age where recent campaigns have forced you to become accountable for  your facilities and treatment of women. I appreciate that you’re trying; I know that you’re old and that change doesn’t come easy. However I wanted to write this letter because I feel that you’re confused over my indifference, and that perhaps I need to explain my lack of excitement at your promises. You see, I don’t mean to come across as ungrateful when you enthuse about the big changes coming my way. It’s just that my relationship with you, my local Mosque, is a little bit complicated.

My own experience has never been particularly positive. As a child, my biggest excitement was playing at Indiana Jones, exploring all the coffins stored below the women’s prayer area. From then on, the excitement dwindled. During my 20s, I enjoyed the peace and solitude which could be found at the mosque. This was abruptly cut short when I was told that it wasn’t appropriate for me to be sitting there alone, and that I had to go home.

I wasn’t welcome anymore. That hurt. This wasn’t an isolated incident of course. I’m sure that by now you’ve become bored of hearing from all of us women who have told you over the years how they have been sent away or have been locked out of our prayer area.

My Mosque, as you know, you’re not only expected to be a place of worship but also a sanctuary for the community; a place that offers comfort, solace and even advice to people. That’s a lot of pressure – but an important aspect of your purpose.

In the midst of a spiritual crisis, I opted to visit you for Friday prayers in the hopes that I could reignite something which I felt I had lost. You may have seen me enter in excited trepidation. I was coming in the hope that something missing might be found. I sat during the sermon… bored. I counted the Imam saying ‘panj vaqt namaz’ (pray five times) seventeen times. I listened as he referred to the congregation as ‘my brothers’. At the end, I took away two lessons: pray five times a day and grow a beard. I left as I’m sure you can imagine, uninspired. You see, my Mosque, your sermons don’t speak to me. They don’t speak to my life issues. Most recently the Eid Sermon [see image below], only cemented the feeling that you don’t particularly care to understand me. At times, you only serve to deepen my dejection.

I know we shouldn’t rehash past mistakes. I should let it be. My issue isn’t with what happened back then, but with everything it has created as a result. As an adult woman now, it’s probably fair to say that I’ve seen a few things in life. I’ll be honest Mosque – I would quite happily have gone to the Samaritans during some of the particularly difficult events in my life rather than approach you. In fact, as I worked through one of my life’s traumas, the thought of seeking support from you could not be further from my mind.

In a predicament in which I required some religious advice, I scoured through different sources. I opted to reach out to a scholar travelling through Africa rather than scholars from my own Mosque, ten minutes up the road. The problem is that you’ve never shown yourself to be empathetic towards my spiritual needs. So how could I ever expect you to be empathetic towards my emotional needs?

The biggest positive that has come from my negative relationship with you is that I have realised that I don’t need a sanctuary such as a mosque to elevate my spiritual state. What I also learnt over the years – through the power of some courageous women in my community – was that if the Mosque has become a boys’ club then we don’t need to beg you to join it.

You may tell me, my dear Mosque, that you’re going to try… you’ll change… you want this to work. I’ve seen you trying; the new carpets in the women’s section, talks of a lift, of freshening up. Aesthetics is good, it’s just… I need more. I need you to dig deep – really try to understand me, and why I feel so distant.

Perhaps this is your small way of showing women that they are welcome, that you want us there. I fear however that for people like me, it’s probably come too late. Unfortunately you don’t feel like my Mosque and if I’m honest, I don’t believe you ever were.

I’ll still keep in touch from time to time,

Fai hails from the land of Scotland. She writes unapologetically and describes her blog as an ‘unashamed woman’s blog.’ She uses her own life issues at times to try to create open conversations and hopes to break cultures of silence.