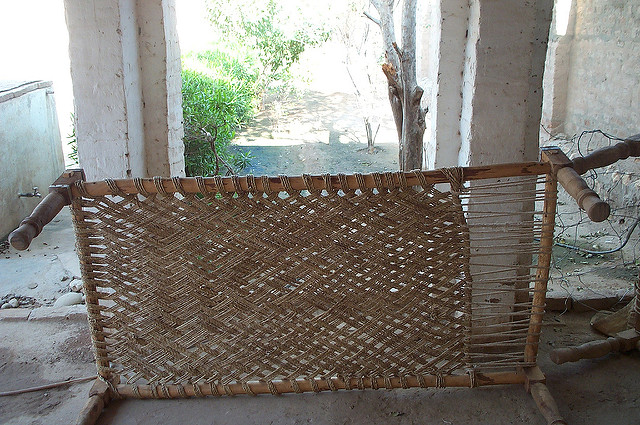 Divorce means the dissolution of marriage for a married couple. It’s a matter of course that in Pashtun culture, divorce is a stain which adheres to a woman’s reputation forever. But ‘halala’ is even worse than divorce. Halala transforms something which is currently unlawful into something lawful. A woman has to remarry someone else after her divorce. After intercourse taking place, she is divorced from the second husband in order to remarry her previous, original husband.

In Bahishti Zewar (a handbook of Islamic beliefs and practices, which is popular in South Asia) it states that ‘if the husband and wife want to re-marry after their divorce it can be done only on one condition: that the woman marry another man and sleep with him. Now, if the second husband dies or divorces her after sexual intercourse, then after completing the Iddat period (about four months after the divorce or her husband’s death) she can re-marry the first husband. But, if the second husband dies or divorces her before sexual intercourse, then it will be of no account – she cannot re-marry the first husband in such a condition.’ This is how a halala marriage is considered to make the divorced wife ‘lawful’ to the former husband. However, according to some hadith, it is instead is a major sin, and the marriage will not be valid, but rather will be considered as zina (the crime of adultery in Islamic law) where it states that the couple will still be considered adulterers, even if they remain together for twenty years.

This practice takes place due to a man’s desire to resume cohabitation with his wife who he may have summarily divorced in anger. He may also wish to restore his honour and status. Women can’t do this for themselves; it is always the decision of the man. A man can’t remarry his former wife after he has divorced her unless she has been married to another man in the interim. It means that women are sacrificed on the altar of tradition. No one takes any interest in what the women want. She is used like an ointment to cure a man’s problem.

There are no paperwork and no contracts in Pashtun marriage and divorce customs. The way divorce is executed among the Pashtun is not compatible with the law of Pakistan or Islam. If a man carelessly utters the phrase ‘talak, talak, talak’ then the couple become divorced, and sex between them becomes impermissible until the end of their days. Officially, marriage and divorce should take account of women’s choices; but this is not part of the Pashtun system.

Alia is from a Pashtun family. Her husband divorced her, but afterwards wanted to marry her again. He pushed the families to organise a second wedding with his former wife. Alia didn’t want to make the same mistake again and resisted. However her own family pressured her into a halala wedding for the sake of their family honour. After two months, they called the muhallil (priest) out at night and he conducted a marriage between Alia and her husband’s brother for the purpose of halala. After spending one night together, the brother divorced Alia and after some days, she remarried her first husband. It was all covered up for those outside the family. Men get whatever they want, regardless of the costs to women. In my view, this was contrary to the principles of Islam; in fact it’s no different from rape.

Divorce is a way for a couple to move on with their lives and form new relationships; halala is a crime against a woman. Either way, whether divorced or remarried via halala, a stain is applied to the woman’s honour. Halala works to retain a family’s social position and to prevent women from making a second marriage, entrapping them with their former husbands. Every woman deserves her rights, which includes the right to move forward with a decision to divorce regardless of the obstacles.

We have the power to live our best life and to make significant changes in life in spite of our fears. Thus we need a bit of courage and to work together. We should end halala before more innocent women are sacrificed to this practice. We need to establish that arranging for another man to temporarily marry a divorced woman in order to make her ‘legal’ for her first husband to re-marry, is considered prohibited both in law and under Islam. Any remarriages after divorce must be made without halala – and by a woman’s free choice.