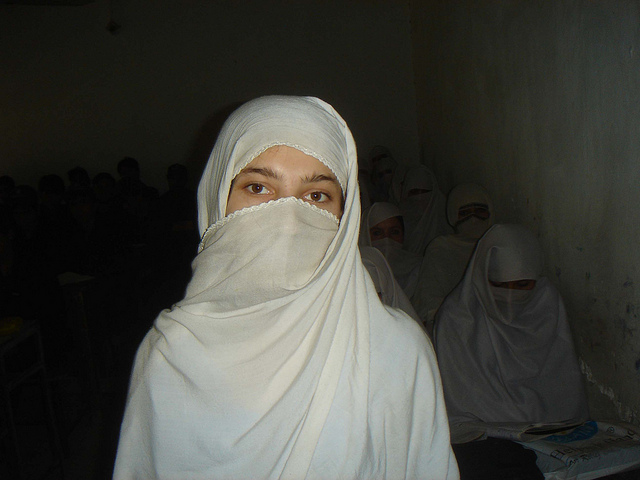 Early marriage is harmful: physically and mentally. Girls are married under the ages of 16 and 18. At an age when they should be studying, they are doing dishes, washing clothes, scrubbing floors and caring for a husband, their children and the household. Their entire attention is consumed by their responsibilities to husband and family. This is a life-stage which could be filled with adventure, fun and self-improvement, so that girls learn useful skills for their future lives, whether they marry or not. Instead, these young wives wake early in the morning and work until nightfall.

Romy was married at 14 years of age. She kept house while her husband lived a nomadic lifestyle. She followed him in his travels and took care of him. But the situation degenerated, and she sought to improve her life. She stayed up all night reciting waziifa (a prayer for intercession) which meant that she was awake all night and performing housework all day. She was exhausted, which made her confused and clumsy to the point of hurting herself. Now she takes medications for her mental health every day. If she forgets to take it, her condition recurs.

Sometimes the girls become sufferers of depression and anxiety. Basmida had six daughters. She married her first daughter to a man who already had a wife. The daughter didn’t want to live with her husband, so she spent more hours of the day in her parents’ home which was nearby. She had five children within a short period. Basmida married off her second daughter at 14 years of age. She died after a month of marriage in her own room. She had a gunshot wound to the head. Nobody knows what happened to her.

These are the problems of marrying off daughters without due consideration. One of the most harmful aspects is that when girls are married off at young ages they have no control over childbirth. They don’t know anything about family planning and contraception. If they are able to request birth control, their husband refuses, and threatens to take a second wife. Girls’ health suffers from giving birth at a young age. Many girls have little understanding of what marriage implies. Some of them are traumatised by their first night of marriage. People explain it by saying they are possessed by a spirit. Somble was married at the age of 16. On the first night of marriage she was screaming in a fury. She was uncontrollable. They said she was insane or possessed but it was trauma.

The harmful effects of the early marriage of girls’ are incalculable. Girls develop serious health problems due to pregnancy and childbirth, and moreover are denied personal development and education. Child brides deal with emotional and mental stress because they are not old enough to deal with conflicts with their in-laws. Since they are not fully mature there is a high likelihood of abuse. Miscarriages may weaken them physically and emotionally. I know the issues of early marriage personally because I myself was married at the age of 16. I miscarried twice and knew nothing about pregnancy and how to avoid it. Early marriage is an enormous concern for women, and for society as a whole.