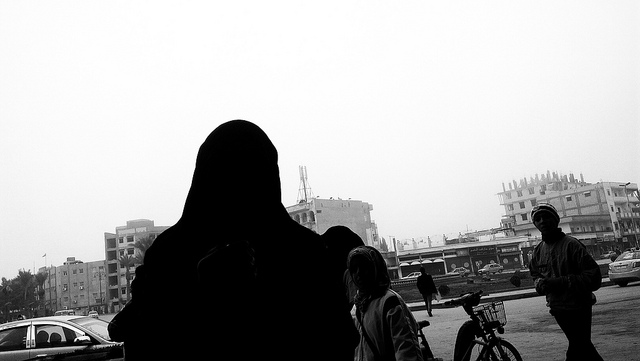 The gendered dynamic within Islamist organisations has been overlooked, making it hard to explain the unprecedented rise of western women joining Daesh (the so-called Islamic State) in Iraq and Syria. Women are integral to the longevity of such organisations and take on many roles such as ideological supporters, propagandists, recruiters, suicide bombers, operational facilitators and as state-builders.

Women making the hijrah (pilgrimage) to join Daesh’s death cult unsettle the widely held domain of gender and security narratives. The appeal of Daesh – despite its horrific treatment of women as stipulated by the ultra-conservative interpretation they follow – makes it difficult to understand why so many young women actively make a choice to migrate. When the news of the runaway Bethnal Green schoolgirls emerged in 2015, I kept thinking: why would seemingly intelligent and rational young women with their lives ahead of them travel to Syria to join a death cult? One reason is that Islamist discourse does resonate with them, and creates utopian fantasies. This makes undergoing the hijrah a duty (fard-al-ayn). But how are women mobilised to make the hijrah, and what do they do when they get to Daesh controlled territory?

How are women mobilised?

Female radicalisation is different from the male experience. A non-gendered reason is the concept of the ‘stateless Muslim’ – a term Olivier Roy uses to describe second and third generation Muslims living in the West, who often feel disillusioned and discontented within the country they grew up in. Here, the attraction to neo-fundamentalism can gain ground. Feelings of isolation within the diaspora can make radicalisation a potent narrative. Gendered ‘pull’ factors for women include promises of empowerment, piety, sisterhood and collective participation in the utopian state-building exercise. All of these factors in combination with the group’s constant online propaganda make hijrah attractive to women.

Daesh has been incredibly resourceful with its mastery of social media, having obtained the title of the ‘Digital Caliphate’. Its online activism is testament to its sophisticated usage of social media platforms such as Twitter, Facebook and YouTube which has undoubtedly aided its recruitment strategies. The most visible and most vocal of supporters for the caliphate are women. Aqsa Mahmood, who now goes by her Arabic kunya (parental honorific) of Umm Layth is one of the most notorious female recruiters for Daesh. Having left her hometown of Glasgow in November of 2013, she has since been an avid cheerleader for the group, crucial to its recruitment of female migrants. Her blog, ‘The Diary of the Muhajirat’ (now deleted) regularly disseminated information, encouragement and practical advice for those considering making the hijrah.

‘…get all the shots and vaccinations that you require. you are travelling halfway across the world and your immune system will most likely be in for a shock. you will regret it if you don’t do this since the healthcare here is funny […] try and bring painkillers and diarrhoea tablets.’

Recruiters like Umm Layth are essential to the success of a terrorist group, increasing the quality and quantity of members.

Social media and iPhones are the most significant weapons that Daesh has at its disposal. The internet has provided free advertising for the group. Meticulous planning and execution of tailored posts and tweets have resonated with many worldwide. To facilitate the recruitment of foreign women, Daesh have created a marriage bureau in Al-Bab in Aleppo near the Turkish border.

In the summer of 2014, days after declaring statehood, a recruitment strategy was launched by Daesh to drive women to join the state. This was done through an online campaign in Dabiq magazine, intended to soften the impression of life inside the caliphate. Daesh’s leader Baghdadi specified a particular emphasis on doctors, judges, engineers, and experts in Islamic jurisprudence to help develop the caliphate. The utopian state-building ambition is demonstrated by practical considerations too, not just the call for fighters.

Motherhood is an important aspect for women living in the caliphate. It is encouraged that women bear children, in order to continually build the state. Sami Moubayed, a writer and journalist, recounts the story of Fatima, who married her Palestinian husband inside Daesh territory. He divorced her six months later after discovering she could not bear children. There was no place for infertile women in the Islamic State, demonstrating a somewhat systematic programme of breeding children into extremist indoctrination. Women soon realise that they are instrumental in Daesh’s expansionist vision and in the fulfilment of the creation of a new society.

As mothers, they are responsible for raising the ‘cubs of the caliphate’, educating their children with the ‘correct’ version of Islam, and propagating the Salafi jihadi message for generations to come. Baghdadi himself gave an open invitation to women to join the caliphate. In a sermon delivered in Mosul, he calls on women to help him build the Islamic State – ‘to help build its infrastructure, economy, and army for jihad’. The fervour to create a sustainable Islamic state is futile without the appropriate state-building resources. This is how women prove to be crucial for the longevity of the Islamic dream. They are valuable commodities and are a strategic asset for Daesh. Baghdadi knows this. Men are fighting for the state, whilst women are building the state.

Habiba holds a masters in Human Rights Law from SOAS and is currently leading outreach and project work for an international gender-justice organization called SAHR. She is interested in middle eastern politics, post-colonial theory and the role of religion in the discourse of women rights and feminist thought. In her spare time, she enjoys reading, photography, and drinking overpriced coffees.