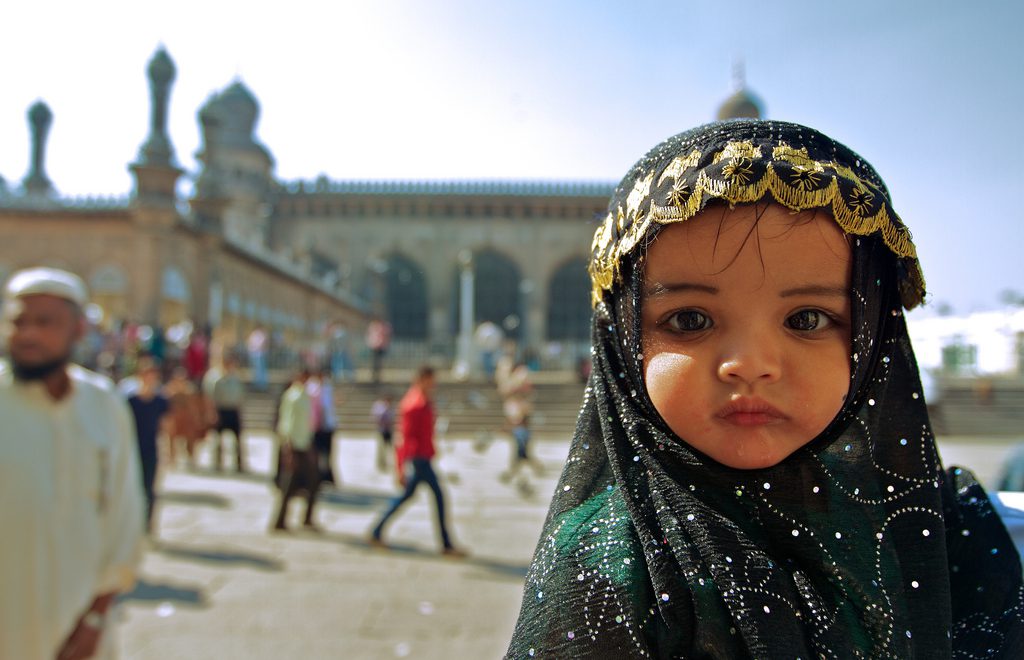 Aisha Ali-Khan has caused controversy by suggesting that hijabs should be banned in primary schools. In this article, she responds to some of her critics’ questions.

Do you want to ban the hijab?

No, absolutely not. I believe that everyone should wear what they want to, whether that is a burka or a bikini, as long as they are exercising free choice. Over the past decade or so, the hijab is seen more and more as being a symbol by groups such as ISIS, forcing Yazidi women and girls into wearing the ‘burka’, and as a symbol of oppression by feminists and women who champion women’s rights, and want to see an outright ban.

It is very difficult to enter this debate because we can often end up in highly polarised discussions and positions. ‘Do we ban the hijab?’ ‘Do we ban it for some and not others?’ ‘Do we allow anyone and everyone to wear it, even those who are exempt?’ Or ‘should we be tackling other, more serious issues such as domestic violence, sexual abuse and forced marriages first?’

For women like me, finding a middle ground that allows women to wear what they want to wear without judgement, even if it’s a symbol seen by some as a ‘tool of oppression’, is often tricky and fraught with contradictions.

So what is the hijab?

According to Wikipedia, A hijab ‘is a veil traditionally worn by some Muslim women in the presence of adult males outside of their immediate family, which usually covers the head and chest. The word ḥijāb in the Quran refers not to women’s clothing, but rather a spatial partition or curtain. The term can refer to any head, face, or body covering worn by Muslim women that conforms to a certain standard of modesty. Hijab can also be used to refer to the seclusion of women from men in the public sphere, or it may denote a metaphysical dimension, for example referring to “the veil which separates man or the world from God”’

For the purposes of this article, I intend to use the term hijab to refer to a triangular headscarf, generally worn by Muslim women to cover their heads.

To truly understand the beauty of hijab, you need to understand the concepts behind it. According to the early scriptures, the hijab is not just a headscarf; it is a way of thinking and expressing one’s beliefs in Islam. The hijab encourages modesty and restraint both in thought and behaviour, as well as clothing. It also encourages empathy and the control of one’s ego. Moreover, Islam actually dictates that the hijab is incumbent on males first and foremost. Often you will see a Muslim man avert his gaze. He is not being rude, rather he is observing the hijab of the gaze, i.e. not to look upon a ‘ghair’ (non-relative) woman. To observe hijab, one must recognise one’s own failings and strive to improve one’s character internally first.

Another key point in this very heated debate, which I can only touch upon briefly, is how women who don’t wear the headscarf are treated. Generally, there have been no issues at all, but some recent examples are showing quite a worrying trend. In a recent election campaign, the electorate was advised to ‘choose the better Muslim’ between two Muslim women, based simply upon the fact that one wore a headscarf and the other didn’t. This needs to stop. The wearing of a headscarf is no indication of whether the person is a good Muslim or not.

What about the hijab in primary schools?

Primary school starts at the age of five. Girls below the age of puberty are exempt from wearing the hijab in Islam, so to have school uniform policies that allow young girls to wear the hijab doesn’t make sense. It also provides the perfect excuse for far-right groups to attack the hijab and attempt to get it banned for everyone. This is what happened in France, and is happening across Europe as we speak.

I understand many young girls in Years 5 & 6 who have started their menstrual cycle may wish to wear it, but an older child of say 10 or 11 is very different in their outlook and understanding than a child of say four or five years old. Let little girls be little girls.

I remember when I was a little girl; I only ever wore a dupatta on my head when learning to read namaz and sabaq with my mum. We wore what our parents wanted at home and stuck to the school rules when we were in school. I don’t see why it has to be any different now.

Before everyone goes off to get their pitchforks, let me explain my own family situation. My niece is six years old. The only time she wears the hijab is when she goes to madrassa to learn Arabic or when she sees her grandma, her mum or me pray namaz or read the Quran. When I brought her a long abaya (dress) from Morocco a few years ago she wore it every day for a week and would only take it off to have it washed.

Our children are a product of our upbringing. But that upbringing needs to be tempered with understanding and an appreciation for our religion. How many of us went to the mosques and learnt how to read the Quran by rote without ever understanding what we were reading? And how many young people do we know who have little or no connection to the deen now because they were only copying behaviour without understanding the concepts behind such actions? Why is there a generation of young people with emotional and behavioural problems, with a huge increase in mental health problems?

The young people I speak with have a real disconnect with their upbringing, their families and their spirituality. We can no longer expect our young children to follow our lead and accept what we are telling them without also providing a solid framework for them to express their individuality and curiosity. In a truly digital age, where we have toddlers using iPads before they can even walk, the access to knowledge and different opinions via the internet is not empowering, but rather confusing for young people.

Some of the comments online have been interesting. ‘Best to get the girls wearing the hijab early so that they can get used to wearing it later on in life’ was a common theme. Islam isn’t about habit, or doing something without any thought or love involved. Islam actively encourages free and critical thinking, free speech and respect for other people’s views.

Moreover, from my own experiences of teaching and working with young people, I have seen young men and women engage in behaviour that is contrary to Islamic practices, such as sexual activity, drinking alcohol and taking drugs and so on while wearing Islamic dress or keeping an Islamic appearance. That is not to say I judge them whatsoever for their actions – is it between them and our Maker as far as I am concerned. But too many young people are leaving the faith: some because they feel they were forced to do something they didn’t want to.

It is very telling when I come across comments aimed at me such as ‘c*ck sucking biatch’ ‘stupid ugly b*tch’ ‘daft b*tch’ and so forth. Without exercising the incumbent Islamic principles of good akhlaq (disposition, nature, temper, ethics, morals or manners) these people demand something that isn’t even prescribed under Islamic rulings!

Has banning the Hijab worked in France?

Whenever anyone discusses the banning of anything, there is a fine balance between respecting the human rights and wishes of the people affected, and on the other hand, promoting community cohesion while addressing the needs of the wider community.

Last year I also campaigned against the ‘Burkini’ ban in France on various media platforms. By banning the hijab, has France really satisfied their goals of tackling extremism or gender based abuse? That is open to interpretation.

My belief, that women should not be dictated to on what they should or shouldn’t wear by French or any other public policy, is grounded in the principles of free choice. Similarly, women should not be forced to cover up to satisfy a strict interpretation by men, based upon their patriarchal cultural framework, and little girls, absolutely not!

We do not need to look too far to see what is happening on our doorsteps. Campaign groups with a far-right agenda are already circling, and looking for an excuse to start calling for a ban on many of the practices that we take for granted, such as slaughtering livestock that adheres to the principles of making meat halal and the circumcision of males. Why give them any more excuses?