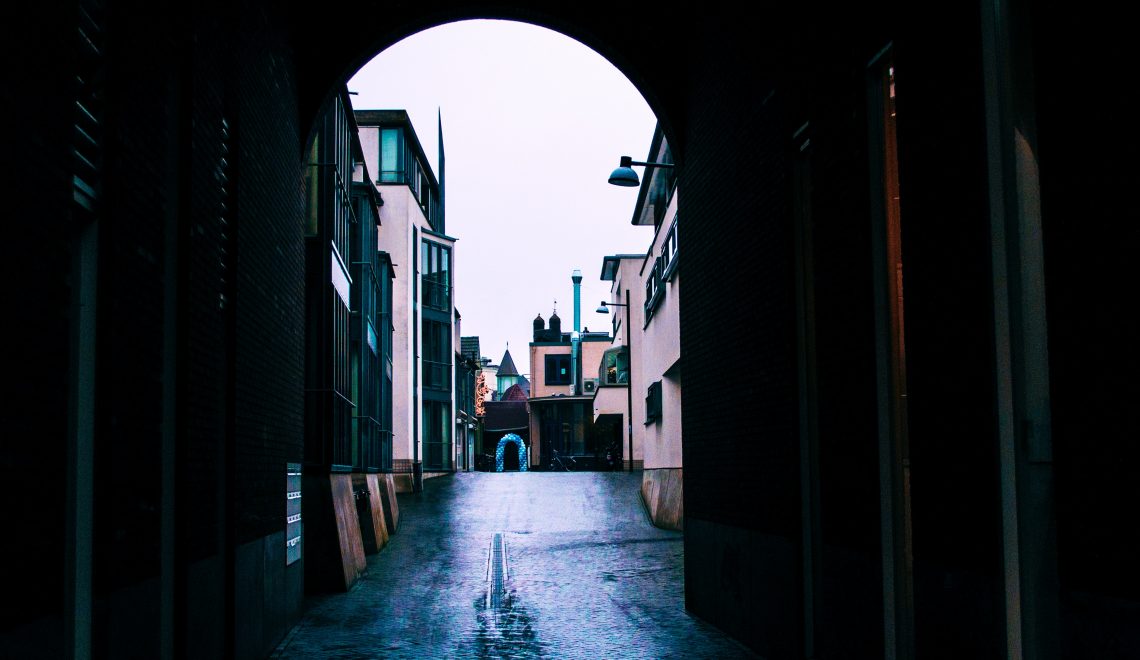 Coping with the contradiction

You struggle, as an ex-Muslim migrant. The anti-migrant lot don’t want migrants. The pro-migrant don’t want ex-Muslims. You are left to yourself, so you have to work – and hard.

The people who are impressed enough to call and offer you an opportunity pose questions that seem to question what you wrote on your resumé. ‘Oh, it says here that you worked for [insert a well-known multinational company] – why did you leave?’ You put your best foot forward, and explain politely, whilst under your breath you are burning to say: ‘Because I emigrated, smart guy, and because those corporate jerks prefer to outsource jobs to ‘developing countries’ – it’s cheaper, you know. I also can’t help that they don’t want to pay me a salary that is in line with the market in [enter your new country]’. But you don’t say so because you are a professional. So you politely talk about ‘personal circumstances’, ‘relocation’, blah, blah, blah.

You try your hand as a freelancer and come back empty-handed, without a dime to buy bread. You go back to the non-profits in your community, who are there to help you find your way; still no bread. You eventually end up going to the municipality for subsistence. The officer looks at you as if you are breaking a series of laws. They make you jump through a million hoops and by the time you get support, you’ll hear – subtly – ‘shut up, and don’t do anything controversial’.

Once you arrive, you already have the anti-migrant group on your neck. The pro-migrant group seems pleased that you are on the ground, but they keep warning you, just one more time, ‘Hey, just try not to say such provocative things’.

Media is not always objective: some are pro, others anti. It’s just how it is. And pro-migrant media will, sometimes, be willing to publish something about your struggles – as long as they are caused by something Western. If your difficulties – like mine – are caused by other things, including something Eastern you are on your own, mate, the whole story is rejected. ‘I am sorry, my editor decided not to run the story’, is a standard reaction when ex-Muslims are (very occasionally) interviewed by journalists. When you talk about the barriers you have to overcome, you are going to have to talk about your own emancipation, and how you have suffered from a lack of freedom, for example when you were a Muslim. But we don’t talk about that. Kill the story. Move on.

So you write it down in your diary, just to get it off your chest – especially on days when you are inconsolably frustrated. You sometimes write without the intention of sharing. But now you are writing this piece. You wonder if you could possibly copy- paste it here:

Diary entry 1: ‘I came seeking freedom and I was shocked to find no such freedom existed, as I had so naively assumed. So I remain skeptical of the illusion of what I call “Public-Relations-Freedom” vs the actual state of affairs of personal freedom.’

You are fully aware that you may not even share this entire piece, but you just want to make this damn point for now:

Diary entry 2: ‘I painfully found out that in order for me to successfully tick the ‘diversity’ box for any given platform, I MUST first fulfill all the following strict criteria:

The reason you never make these diary entries public has something to do with fear. Fear of rejection, and perhaps even self-censorship; that perhaps you should wait until you have accumulated ten years of living in your new country before you dare to say anything out loud. You find yourself with regrets about gigs where you stood up on public podiums and mustered all your courage to express your lack of faith in Islam.

You feel the weight of being misunderstood. You still kind of believe that you are actually in a free country, and that you should be able to say these things. But it is with a heavy heart that it eventually dawns on you that in the end, nevertheless, the saying is true: ‘Emancipation for me, but not for thee’.

This goes hand in hand with the other idea of ‘being grateful’. It is both an expectation and a curtailment imposed on you simply for being ‘a migrant’; an outsider who must toe a certain line. You are not sure what to call this kind of discrimination, or even whether it falls under the category of discrimination at all. Is it on the basis of nationality? Is it on the basis of not perfectly fitting the pre-designed identity box that is set out for you? Is it on the basis of simply thinking differently? You can’t figure it out fully. And sometimes you can’t help but wonder if you got it all wrong. You think. And you write.

At this point you comfort yourself with the thought that you could perhaps formulate some kind of hypothesis here. Your hypothesis becomes: in this day and age of ‘fighting racism’, has ‘showing that you are fighting’ degenerated into a strange new kind of racism? You don’t know if it has ever been this confident and ‘in your face’ in comparison to any other time in the history of fighting discrimination. So you ask yourself if simply the tables have now turned?

Out of sheer frustration, you scream that you are staunchly liberal and progressive and that you are speaking up against harms caused by all religions. You stand for secularism, and a level playing field for all belief systems. But for the love of humanity, you cannot understand why you are constantly squeezed into the narrow space between these two worlds.

You sit and you write and you wonder if you’ve managed to at least argue that the pro-migrant lot discriminates even more than the anti-migrant lot – or are they similar? You come to this conclusion: the pro-migrant lot is not familiar with, or even aware of, progressive thinkers from outside their bubble. If they were, it would upset their narrative.

You are tired. You sign off. You let go.