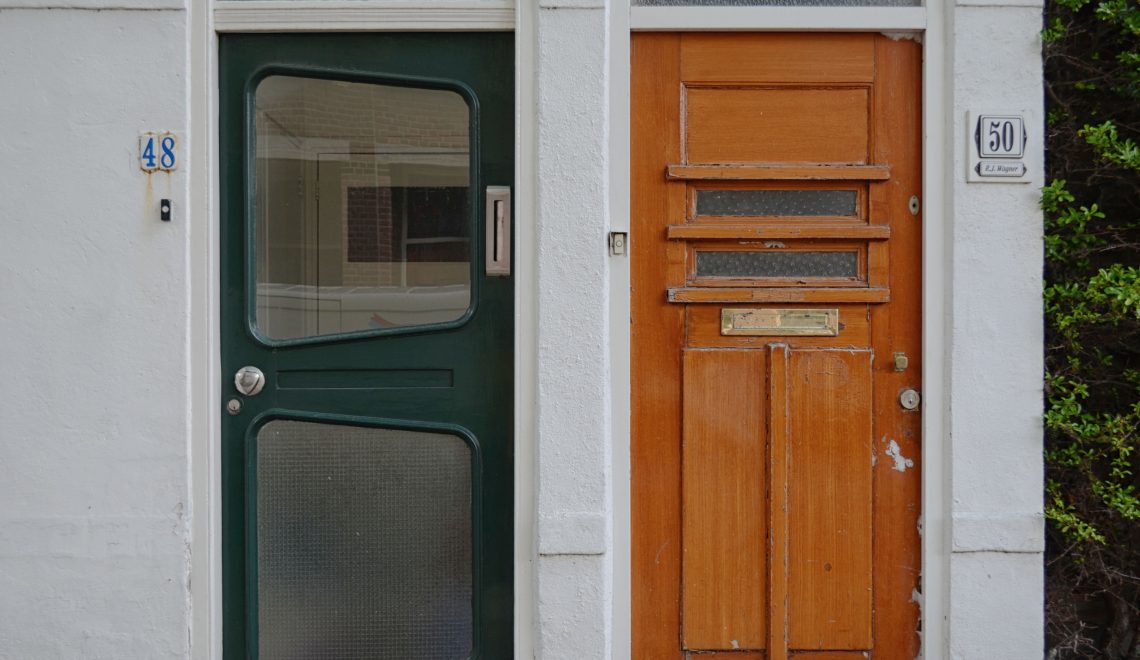 The contradictory life of an ex-Muslim migrant

A good part of the population are saying goodbye to religion and choosing a life of rationality, reason and secularism in today’s world. From one religion in particular – Islam – young people are increasingly taking a completely different path from that of their parents and families. Worldwide, in thirteen countries – all Muslim majority – that expression of free thought can mean a death sentence. In at least ten other countries, freethinking can cause you major problems with your immediate family, with your kin, with the community and with society.

I am an ex-Muslim who moved to a western country in pursuit of freedom, yet I sometimes find myself completely lost in the country in which I thought I had found that freedom. This is how it feels to be tossed back and forth between the pro-migrant lot and the anti-migrant lot:

You may try to fit in somewhere but then find yourself at the very centre of a tug-of-war centred around identity politics. Your own identity becomes a walking contradiction in the eyes of the people who build their politics upon minority identities.

You are hesitant about writing all of this, but you know that this is how you feel, so you list what you experience every day. Whether job-hunting, in your contact with the government, or whether you have an opinion and speak up you are misunderstood and thrown under the bus.

The bigotry of low expectations

The pro-migrant lot should be on your side, but are often surprised if you have an education, intelligence and an opinion; if you are well-read and interested in the world, especially if you came from a so-called ‘developing country’. The people who wave the banner of ‘I support migrants‘ and ‘refugees welcome‘ are on your side right up to the point that you shock them with a world-view they didn’t expect. They directly, painfully, reject you. They say things like ‘wow, are you sure about that?’, ‘Don’t believe everything you read’, or ‘where did you go to school again?’

The realization that you are being denied the space to express your opinion makes you shudder, just like the the body language accompanying these ‘innocent’ questions. You often ask yourself: why are they so surprised? Did they imagine that we were all the same? Didn’t they know that freethinkers, secularists and humanists exist outside this country as well? Should I have no education, no experience, no opinion and no mind?

So naturally, your innermost sarcasm kicks in immediately ‘Okay, hold that thought, let me go away for a bit and then come back stupid. Will you wait?’ But of course. you don’t say this out loud, you just think it. You know that in your own personal situation you can’t really go back – not after loudly declaring your apostasy! You will be killed for your lack of faith because you are an ex-Muslim. Catch-22.

The pro-migrant lot act confused when you say that you are in fact an atheist and that you no longer believe in the religious mumbo-jumboyou were born and raised with. Now you’ve crossed the line! The bewilderment on their faces says it all. They’ll go from a position of ‘we’re here to help’ to promptly warning you against the anti-migrant lot: how bad and terrible they are and that you must never, never say anything that remotely sounds anti-Islam because that’s what the anti-migrant lot will pick up from you. They tell you over and over again to keep quiet and say nothing because ‘there is Islamophobia here!’ You stand there, dumbfounded and in utter confusion. What the hell is going on? At some point in a lecture, you pose the question. ‘How come white people can talk about their atheism all they like but I can’t talk about mine?’ You never get a satisfactory answer. So you keep talking about being an ex-Muslim. And you are proud of your work and activism.

‘Emancipation for me, but not for thee’

The pro-migrant lot loves you when you fully fit into the role of the ‘victim’, so completely that you are lying in the gutters of their mercy, needing help with everything; to find your way in a new country, to learn and integrate into a new language and culture. They love to tell you that here in [insert a country in the west] we do things like this and like that, explaining the most basic things that any adult with a little common sense would already know.

The pro-migrant lot drops you like a hot rock the moment you step one foot over that line. And now you have suddenly become what they call a ‘puppet’ of their arch-enemy – the anti-migrant lot! It doesn’t matter how often you stand for progressive values ​​or how loudly you shout that you are liberal and progressive yourself. It does not matter. You’re simply a contradiction to their narrative. Period. Out.

On the other hand, the anti-migrant group is yelling at you to ‘fuck off to where you came from’, although in nine out of ten times they do not give you second glance. It is the ‘help’ of the pro-migrants (social workers, media speakers, teachers or neighbours) which meddles in your affairs as if you were a toddler in need of correction, guidance and pampering.

And yes, the anti-migrant lot does try to piggyback on your statements

Of course, the anti-migrant lot tries to hitch a ride on whatever you have said, whenever you criticize your former religion. They try to squeeze it into their agenda – as if their very narrative depended on it! But after a few retweets, and especially when they hear you consistently distance yourself from the statements and works of [insert a well-known right-wing leader] they get tired of you again and sometimes even accuse you of being a ‘closet Islamist’ – or whatever other phrase fits their narrative-du-jour. The good news is that the anti-migrant lot are quick to forget about you and move on in search of other social media posts they can use. The pro-migrant lot stays close, monitoring you, and urging you to ‘moderate your tone’.

On jobs, housing, education and the pursuit of happiness

The well-known rhetoric of the anti-migrant group is that you are in their country to steal their jobs, their homes and their lives. While they tell you that there is ‘no work’ (unless its cleaning gutters for below the minimum wage), that there is ‘no housing’ (except in the exorbitant only-for-the-rich private sector that you can’t even afford even if you were to scrub floors 24/7) and that there are ‘no schools’.

In your quest to make a decent living, you have been everywhere, tried everything, and faced many closed doors. You keep searching for support at the very least to learn news ways to navigate life and your pursuit of happiness.