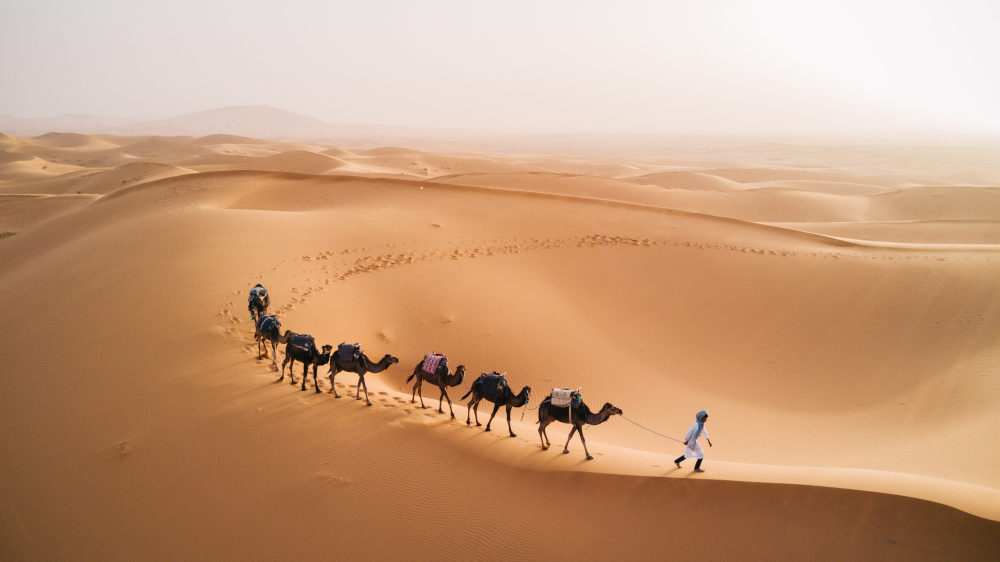 Tell it or hide it?

‘If you don’t define yourself, someone else will.’

That is the tagline on Nadir Nahdi’s Youtube channel, Beni. It makes me think. A lot. It sounds really good: an anthem for the ethnically diverse millennial. But it makes me wonder if I agree with it.

Nadir is the son of Humera Khan, co-founder of the An-nisa Society for Muslim women, and Fuad Nahdi, the late, great journalist responsible for shaping the modern British Muslim identity during repeatedly fraught times. He did it with humour, melding the sacred and the profane in one irresistibly charming person. Nadir, charming too, is a son of Pakistan, Kenya, Indonesia and Yemen via England. He is his own blend, just as his sister is her own blend. For years, being defined must have meant being reduced. But defining himself must surely still be a journey? After all, he created Karavanserai, a digital resting inn, where artists and creators can stop, share and communicate – before beginning their travels again.

In England, defining myself as half-Parsi half-Muslim has almost never come up in casual conversation. Indian is enough of a geographical place mat. ‘Where are you from?’ is the question, rather than ‘What is your religion?’ In India, it is the latter question that must be navigated, and which was insisted upon for the roll call before each school year. Each school year, I had to clearly define myself for the box checking teacher, who found me slightly exasperating. ‘What is your father?’ and why can’t that answer be enough for you, girl-child? Well, it wasn’t then, and it isn’t now. But the action I took in asking my parents to arrange my navjote changed nothing about people’s definition of me, until the 1992 Ayodhya mosque riots defined everything for me. I am in England because my father is British Muslim. But, I am also not in India because of an England that tore the Hindu-Muslim marital garment to shreds. Blood is crusted on the edges of those garments, shades visible only to one continent, invisible on the other.

What do we have to do with Partition, say the young of Britain today. By young, I mean, of voting age. By young, I mean born after 1947. By young, I mean anyone watching Downton Abbey or The Crown and continuing to consume an England showing her daytime face. Even part of her wartime face. But not the face of the shadowlands, of muskets and theft, of greed, betrayal and abandonment. Even this I understand. No nation, particularly post-war, will ever willingly show a face of shame or humility. No, chin up, best foot forward, suit ironed and petticoat starched. We marched, we fought, we are resurrected into freedom, and this victory is our definition.

There was nothing polite about Partition. But there is something polite about ignoring it. About expecting every brown-skinned person arriving at Heathrow to tuck Partition up into the cosy confines of a warm suitcase. Here you go, my dear identity, my beloved trauma, shadows of my heart, no one will find you in here. Only, of course, the suitcase being man-made and man-handled, it begins to fall apart. Seams come undone, the locks rust and click open and suddenly, out roars you, and all the ancestors before you, and your grandchild stares in helpless wonder at you. You? This is you? But… they said it wasn’t true. That it wasn’t like this. That they were good and helpful, fatherly and motherly. They brought better religion, better education, better mobility, better values. And your grandchild begins to wonder, who am I? Now, after all, who am I?

If I wore a hijab, you would not need to ask me who I am. You would (think you) know. Aha. She is Muslim. A sadra and kusti are covered by outerwear, so the Zoroastrian cloth loyalty is disguised from your definition. In America, Sikhs were bodily harmed because of a cloth loyalty that had nothing to do with Islam but was Other enough to be hunted. Other, from what? From whom?

Skin colour cannot be disguised, hidden or rejected. You say, what lovely skin you have! You don’t need makeup. I say, we invented makeup. That black adornment on your lashes and around your eyes, my people began that trend. You could argue that all the old civilisations started face and body painting trends. I would happily agree. You say, we drink tea. To drink tea is the definition of being British. I say, aiyo, please, please begin the re-education of textbooks. Please, please find a way to begin threading connections in the minds of the youngest among us. Listen, you hear that? It is the sound of healing, of us becoming whole. You say, but my pride. I say, if we have held on to our dignity through decades, nay centuries of our pride being shot into the mud at your feet, you can be sure you will retain yours. You will even be admired for it. Other nations will marvel and redress their own glaring untruths of empire. You will be the Jacinda Ardern of Europe!

Oh. Wait. I just remembered. You tore us away from Europe too. Partition seems to follow you. Your definition of pride is worrisome. It sounds more like denial. It tastes a little like fear. Like you are trying to hide. From whom? From us? We are here. We are together. Not one among us can really hide. From the stories of yesteryear or those yet to come. Everything takes courage. Even hiding. We are all exposed, even if only to ourselves. Whether you define yourself, or if you don’t, others will say what is in them to say. Let them say it. In the meantime, you and I will open all the suitcases, not to rifle through private belongings, nor to find or plant suspicion, but to release the treasures, the stories, the meanings of being human. And in those stories, find ourselves.