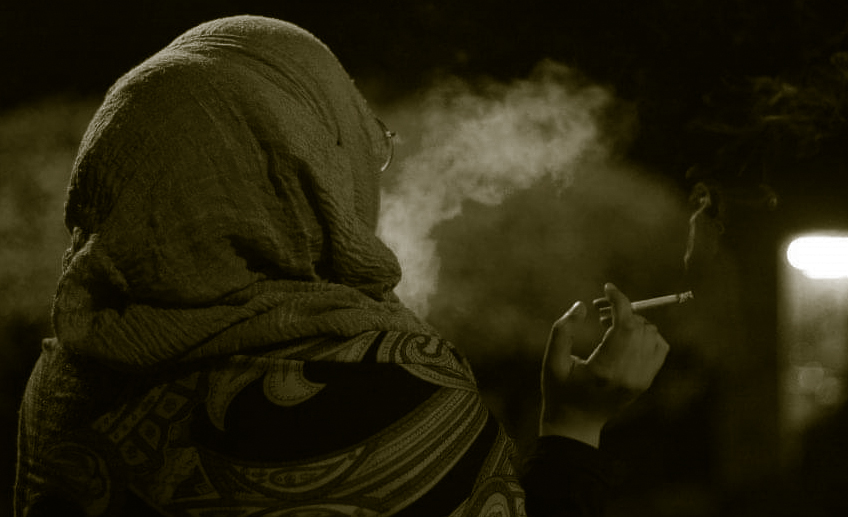 Every time I go and watch a movie at the cinema, I see an advert for tobacco which ends with the line ‘Smoking is injurious to your health.’ Like everyone else, I know this is true – but I have often asked myself why they always show men smoking and not women.  ‘Is smoking gender specific?’ I wondered. I did not dare ask my parents this question. There is no room for such discussions in brown culture, especially not conversations initiated by a girl. I grew up happy, yet curious – until I found my answer.

A few years back, my elder brother was caught smoking. He was not caught bare-handed. My mother could sense that he was smoking. His clothes, high school bag and even his car smelled of smoke. He would literally bathe in perfumes and body sprays before entering the house, but my mother couldn’t be fooled. She would often ask him to admit it, but he never did. Something anybody would do – unless they get caught.

My parents would scold him every now and then and sometimes calmly lecture him, telling him to quit the habit before it was too late. They would remind him of every other relative who became addicted to smoking and damaged their health. My father, being a doctor, would put forward all the possible health consequences my brother might have to face if he continued to smoke. My parents were concerned that my brother might get into drugs because they thought that drug use starts with social smoking.

On the other hand, I was still afraid to ask the questions I had. Girls aren’t supposed to have anything to with drugs or cigarettes in brown Muslim families. This continued for several years until my brother moved to a different city for college. Even then, whenever he came back home my mother, with a smirk on her face, would constantly ask him to admit that he smoked. He would deny it as usual. She was worried about his health. She would remark how his lips had turned dark and often joke that one day his picture would be printed on cigarette packs because of how much he smoked (God forbid). This soft scolding has become a routine at home now.

Years later when I went to college and moved to another city, I was handed over a list of DOs and DON’Ts. It was a big list that I assume every adult gets once in their life. One of the DON’Ts has had me in confusion and shock ever since I read it. It was not something unusual but it was expressed in such a way that my mind couldn’t truly absorb it for several years.

It said that I should never even touch a cigarette. Smoking was far beyond my reach. I initially thought that my brother’s smoking habit had put my parents in a constant state of tension over his health, so they might be a little too cautious over their daughter. Little did I know that there were things more important than my health.

I was lectured in a very concerned and alarmist way that girls who smoke have a questionable character. They are considered vulgar and bold. They don’t live up to the standard of the ideal daughter. Their respectability is at stake; the community will question their upbringing, because smoking is culturally not acceptable for women. They told me that my degree would be worthless if I had a bad character and my moral values weren’t up to society’s standards.

This ‘bad character’ would come from breaking society’s norms set by some unknown person. The list reminded me of every possible consequence and shame my parents would experience if their daughter was seen smoking in public.

I was alarmed, but fully aware of my parents concerns. I understood it – after all, they want the best and nothing less for their children. What confused me was how smoking would only be injurious to my health if I was a man, but it would put my character and moral values in question if I was a woman. I wasn’t told that I shouldn’t smoke because my health would be at risk as my brother had been.

This left me wondering. What I did not understand was how nobody ever came to my parents to tell them that they should be ashamed of their son because he smoked, but that their parenting would be questioned if their daughter was ever seen smoking. With this prejudiced comparison I found the answer to the questions I had so often asked myself.

An economic graduate fighting the odds in Pakistan and struggling to become a documentary filmmaker. Feminist by choice. Content Manager at East River (digital marketing agency). I run my personal blog on Instagram where I write and rant about issues brown women face but cannot talk about along with some humorous content. I intend to create an impact through my writing.