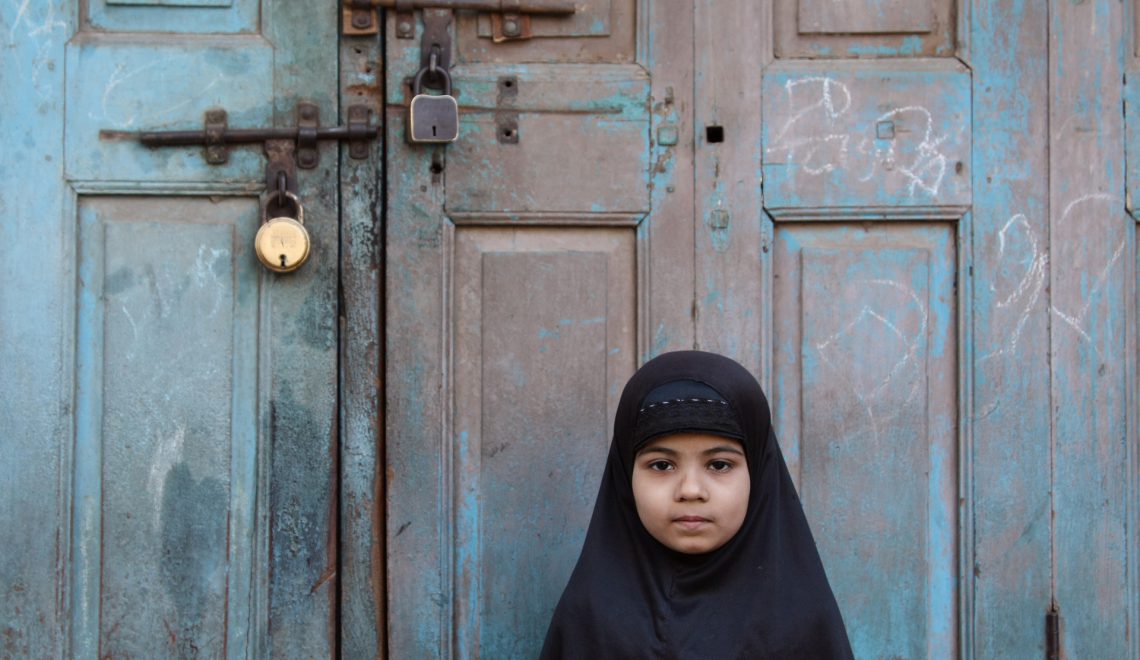 You say you have ‘zero tolerance for violence against girls’,

In your definition of ‘zero tolerance’ do my Muslim daughters exist?

Does the zero embrace them?

Or does the zero end where their Muslimness begins?

Do they exist in your perception of what constitutes

It is coming UN-DONE!

Your hypocrisy is flailing at the edges of the contradicting logic spilling from your lips.

Over and over again,

With such a resolute voice,

That for a moment I almost believe you.

Until I realize, my daughters do not fall into your category of ‘all’

They are falling through the cracks between ‘culture’ and ‘rights’,

They are the dark faces occupying the walls of your blinding privilege,

To you they are not children,

They are not citizens,

And Muslim for you is too ‘complicated’

Bearded men have you quivering in fear of some kind of ‘backlash’,

Panicked that your comfort zone will be compromised,

If you even insofar as, accidently say,

‘Human rights for all, yes ALL, even Muslims!’ Period.

My Muslim child is too unworthy of inalienable rights,

My Muslim child is too INCONVENIENT for your State protection.

So fuck your Zero Tolerance.

There is a new form of Islamophobia in the works. The kind that is not loud, or violent or hateful. Rather a subtler version, one that is systematized and ingrained in attitudes, procedures, laws and actions of individuals and institutions who are mandated to protect rights of citizens. The fear of all things Muslim, means that the State and state agencies are sweeping injustices faced by Muslim women and children within their own communities, under the carpet in an attempt to be culturally sensitive. Whether this is ignorance or intentional – the consequences for women and girls is more dangerous than overt discrimination, as it denies them from getting vital support services.

For example in Sri Lanka the minimum age of marriage for all citizens except the Muslim community is 18 years of age. For Sri Lankan Muslims, who marry under the Muslim Marriage and Divorce Act (and Muslim couples have no other choice) there is no stipulated minimum age of marriage. There is also no mandatory written consent of brides; hence child marriage is legally allowed for Muslims. The statutory rape provision of the Sri Lankan Penal Code also exempts rape from being recognized as criminal offence for married Muslim girls between 12 and 16 years of age.

Despite strong advocacy by women’s groups for a minimum age of marriage to be determined and set for Muslims by the Sri Lankan government, the government continue to put the responsibility of deciding on the ‘Muslim community’, who are most often represented by only Muslim male political, religious and community leaders.

In all public forums and policy level discussions on child rights, Sri Lankan State, civil society, international agencies and many human rights advocates continue to make blanket statements about how rights of all children need to be protected. However, the necessity and urgency to address issues affecting Muslim girls with regard to child marriage is literally non-existent. It is almost as if Muslim girl children in Sri Lanka are non-existent by virtue of their faith.