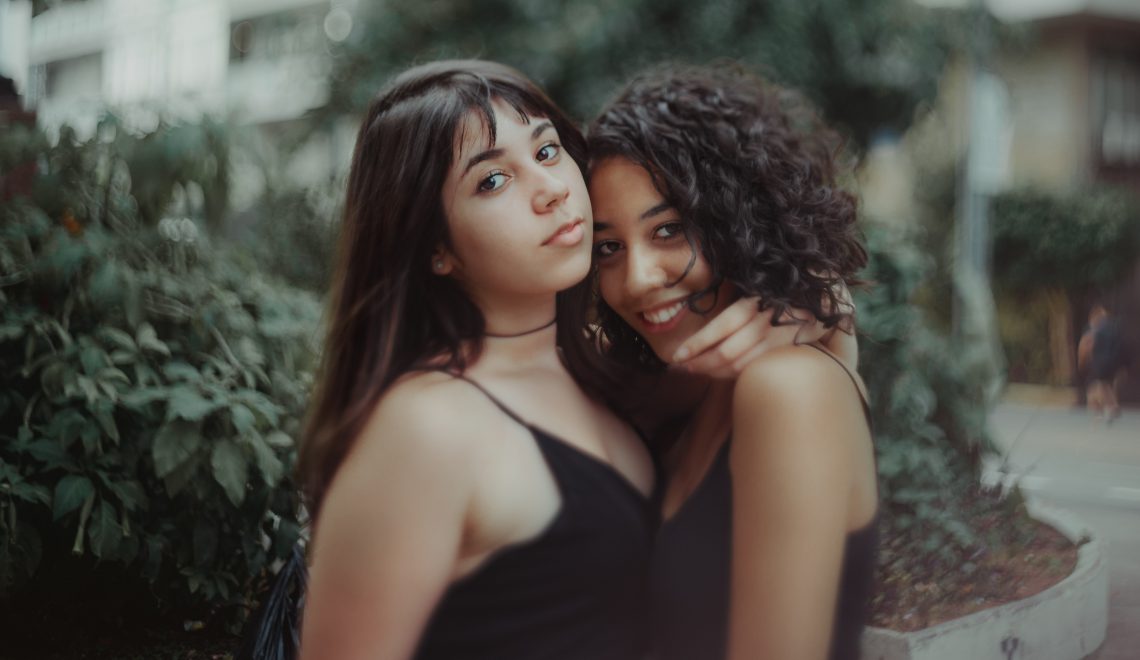 I went to an all-girls school. I am the second of three girls in my family, and my closest friends are all women. I get women. I am good at navigating spaces with women and I cherish the deep bonds and extraordinary love I am blessed enough to share with so many women in my life.

I always knew about the concept of ‘frenemies’, but never as an experience. My first vicarious encounter was through my younger sister who has always been sweet, kind and well-liked. She was ten at the time, and a girl in her class was desperate to be friends with her and become her bestie. My sister was polite and friendly, as she is with most people. But this was not enough for Baby Frenemy, who had other plans. One day, she snuck into the school locker room. She placed a mean note in my sister’s schoolbag, accusing her of ruining friendships and signing off as ‘The Phantom.’ This kid wanted to be friends – but also wanted to be mean. And that, folks, is a frenemy defined.

In my high school years I adopted a no-bullshit attitude. You would not find me being friends with girls who secretly sought to bring me down or who resented me. They were cut off almost immediately. This continued into my university years where I counselled so many of my friends on their frenemies, encouraging them to end unhealthy relationships which were based on competition and rivalry. It was the antithesis of sisterhood and contrary to the need for women to uplift, support and be there for each other.

Later on, through lecturing, teaching and mentoring students, particularly young women fresh out of high school, I found myself repeatedly saying the following: ‘Remember, many friends can provide a shoulder to cry on, but how many are at your side celebrating your victories and successes?’

All too often big successes (a career promotion, an engagement, a baby) and smaller ones (completing a 5k run, learning to make chocolate cake, overcoming a fear of blind dates) are overshadowed by an inability on the part of our ‘friends’ to celebrate us.

So, knowing all of this, how on earth did I find myself locked in the arms of a frenemy in my mid-twenties?

It is probably important to mention that I was in denial about my whole frenemy situation until fairly recently. Looking back, there were so many warning signs which I wilfully ignored, because, you know, I was too smart for that. But one day, I was feeling mega-irritated while reflecting on the behaviour of a ‘friend’, and Googled ‘frenemy’. I came across an article listing the five traits of frenemies, and my blood turned cold and I actually began sweating as I read the description of the five character traits, namely:

The fact that this ‘friend’ displayed four out of five of these qualities meant that the verdict was in – I had a frenemy. Upon reflection I’ve come to realize that the frenemy game gets a lot more surreptitious as we get older. More often than not, it starts out as a friendship between like-minded people that gets intense very quickly because we have finally met someone who gets us at the particular stage of life that we find ourselves in. We spend lots of time with them, we confide in them, we laugh with them, we reveal ourselves to them and we have a really, really great time.

At a certain point, some things seem amiss and particular traits become worrying. But we choose to look the other way because we are fearful that we won’t find another friend like this, particularly not at this point in life – I mean where do people even make friends after university?

As the years go by, certain older friendships end because of distance, being at a totally different phase of life, or because you find you actually no longer have anything in common with your former squad.

It is fear that makes us hold on to toxic relationships; it is fear that places a dangerous noose around our necks. I had always thought that this stuff had been left behind in the corridors of high school and was fuelled by the pettiness of teenagers, but I was wrong. The on-going emotional manipulation and downright nastiness is a feature in many of our so-called friendships well into adulthood.

But it is damn hard to let go. Each time I think of calling it a day and slowly releasing myself from the clutches of my frenemy I think about all the good times, the laughter, the fun, the shared pain and shared joy. But where there is a lack of generosity of spirit, there will always be emptiness. And make no mistake, your frenemies are not generous, no matter how much time they spend with you and no matter how many gifts they shower you with. They do not understand what it means to give, in the deep sense of the word. To give selflessly, without an agenda, without trying to control you and without the need for something in return.

But for every frenemy, there are many real friends. Friends who care, who are with you when you are down, who call you out when you are wrong and who give you space when you need it. Friends who send you memes all day but are also by your side at the death of a relative. Friends who indulge your fifteen-year-old childishness and convince you to talk to the guy you have a crush on. Friends who cheer on your very small career moves even when they are successful lawyers in London and New York. Friends who can sympathize when a guy disappoints you, even when they are going through something much more painful themselves. Friends who are thousands of miles away but who check in on you, pray for you, are there for you. Friends who are willing to give. These are the friendships worth having and worth fighting for. So to all the women who constantly teach, support, nurture and nourish me – I salute you. You are important, you are valued and you are loved.

Ibtisaam Ahmed holds law degrees from the University of Cape Town and Cornell University. She sings songs of nostalgia, is an avid baker and is currently a freelance writer and researcher in New York.