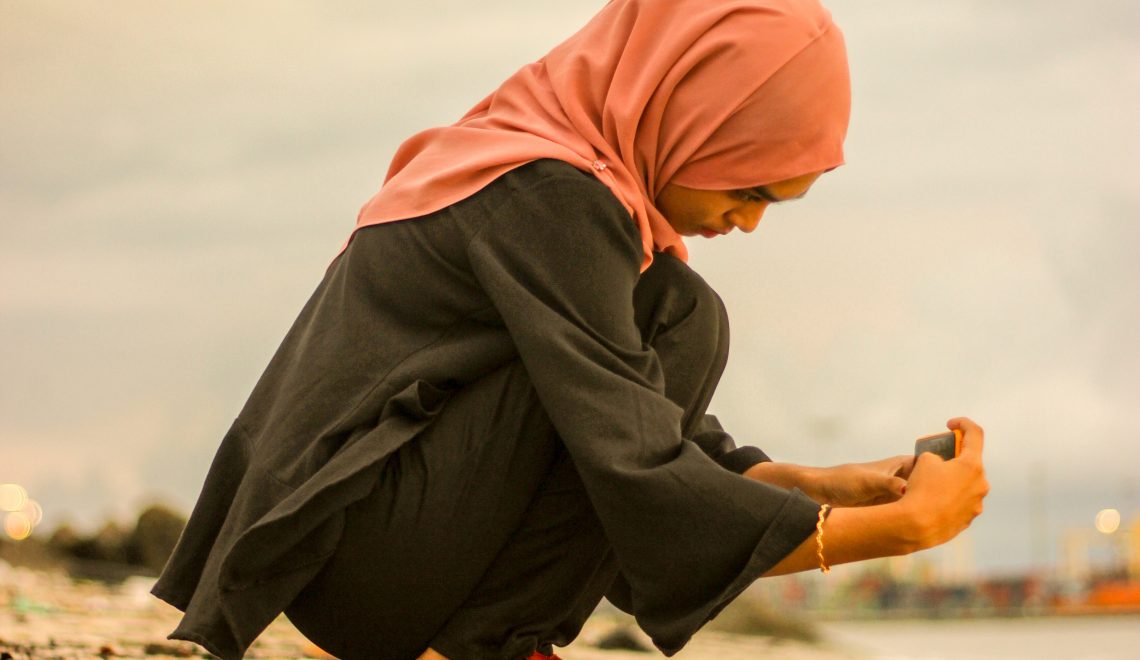 Defined by myself alone

I am a Muslim woman living in a country where Islam is the official religion, though according to the constitution this does not make it officially an Islamic state. I confess that practising my faith can be a challenge. It might be perplexing to some people as to why I would say such a thing. What kind of issues could I grapple with when I can practise my faith freely in comparison with other Muslims who are minorities in their country, and where the religion is ridiculed, or in the worst cases, where its followers are prosecuted?

Given that, I can’t be serious about my issues, can I? But I am. I struggle because although my country allows me to practice my faith freely, they only allow it to be practised according to the structures they have put in place. My belief is only acceptable or valid in their eyes if it is carried out according to their standards. They have monopolised the way my relationship with God should be. How can they monopolise something that does not even belong to them? Humans are hubristic: they feel they own God and religion, but the truth is, they don’t. They don’t even own themselves. God does not belong to anyone specifically (of any race or culture), but everyone belongs to God indefinitely.

Faith cannot be born out of fear, but only out of love. It’s a clichéd statement but the message still falls on deaf ears. This certainly is the case with the religious institutions or self-appointed ‘religious’ people in my country. They seem to think religion can only be taught through rituals, laws or through structures that force you to believe in God in a certain way. Muslims should only worship this particular way, dress in this way, must not do this or that, think this or that; only then they are considered a true believer of the faith.

To err is human. If God’s mercy precedes his wrath, if God is all-forgiving and all-merciful, and if God recognises humans are not perfect, then why do us humans think we are? Why do we think we never make mistakes or commit any sins? It is almost implying humans can be more just than God. The arrogance of humans truly has no limits.

I hope when people instil faith in their kids, they would place less stress on rituals or clothing, or on sins and hell, but more on faith and love for God. People should not pray, fast, pay tithes or perform Hajj merely because it is what they are compelled to do as a believer. Do it because praying is a form of communication with God; fasting makes us closer to him by taking reign over our appetites; paying tithes helps create the just world God wants us to establish and going on Hajj brings us closer to Him.

I’m on a path to become a better Muslim, but I won’t let others choose that path for me. You know why? God endows humans with the capacity to think and encourages us to seek knowledge, so that is precisely what I’m doing. Not to do so is to be ungrateful to His gift, and that is a sin.

Jasmine Johan is rediscovering her love for writing after putting it on a back burner for a long time. She is currently trying to manifest a successful life as a writer (InshaAllah). She blogs about social issues, Islam, politics and her travels at incoherentrandomness.com