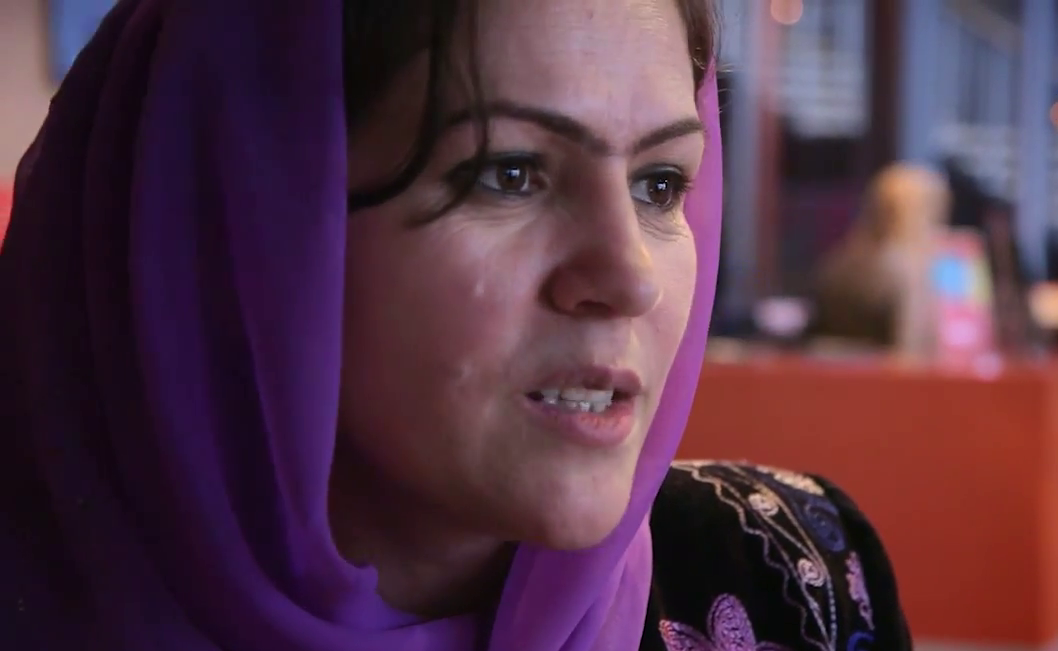 “Women are agents of peace; they are victims in all wars”

Fawzia Koofi is an Afghan politician and women’s rights activist. Originally from Badakhshan province, she is currently serving as a Member of Parliament in Kabul and is the Vice President of the National Assembly.

How have Afghan women’s experiences changed from your mothers’ generation, to your own and to that of your daughters?

There has been a lot of change in the time between the baby boomers and millennials in terms of living conditions, technology and economic situation as well as educational levels for women all over the world. However, the conditions in Afghanistan differ in comparison due to the lack of security and the resultant lack of opportunity for women in Afghanistan. My mother lived some of her life in a state of civil war. She was a very strong woman: her main purpose was to survive and to make sure her children were safe. She was not educated, but her struggle was to ensure her children were educated. She was one of the few exceptions who wanted her daughter – me – to go to school and complete my education despite opposition from inside the family, including from my brothers.

At that time, women’s economic contributions, political participation and educational level were at a different level than they are now. For the most part, they were supposed to serve their husbands and deliver their babies and make sure that they were all properly fed and taken care of.  In my generation, I think that the idea that women belong in the kitchen has started to change. The mindset used to be that it was a shame if a woman went out of her house to study or work; she would ruin her family’s image and no one would want to marry her. I was one of those few people who did not just want to get married and that would be all that I would do with my life. I loved studying. I was very good at it.

I completed my education with the strong support of my mother, but under the intense situation of civil war. I never gave up on my studies, not at any cost. I wanted to start my bachelor’s degree, but then the Taliban took over and with that, my dream of becoming a doctor died. If it wasn’t for the Taliban, thousands of Afghan women like me would have been able to pursue their dreams. After the fall of the Taliban in 2001, a new era started. Things have changed positively in every aspect since then, but particularly for women. I was part of the ‘Back to School’ campaign which managed to establish thousands of schools across the country for boys and girls.

Changes started occurring in many areas, including an increasing prominence of empowered women in political, social and economic life. I was elected along with my sisters to parliament: an achievement that I am sure my mother would have been proud to see, as she always told me that she wanted to see me become something!

My father established the first school in our area as the MP of Badakhshan province, but he never allowed his own daughters to enroll. Now, I represent that community as the first woman to be elected as deputy speaker of parliament in our history. I receive frequent requests to establish a school for girls. This is a societal transformation. The credit shouldn’t go to any individual in particular, but to the resilience of the Afghan people.

You’ve lost many family members to Afghan struggle. How does that impact your approach to the peace process?

Losing a loved one is something that scars you. It is not easy to overcome. It changes you. This is, unfortunately, the story of every Afghan household. You will rarely find anyone in Afghanistan who has not lost a family member or friend in the past decades of war.  I have lost many family members – including my father, brothers, many cousins; even my husband died of a disease he contracted when imprisoned by the Taliban. I felt a void inside: but this gives me an even stronger reason to strive for peace. I would never want my daughters and the upcoming generation to feel the pain that my generation has felt during the war. Peace is the only way to stop more people from losing their loved ones.

What do Afghan women have to lose during the peace process?

Women in Afghanistan have come a long way from how they were regarded during the Taliban era. They are a dynamic part of the transformation in our society. Our women are strong, passionate and resilient. We all remember how the Taliban treated women, so there are legitimate concerns of forcing women to go back to those days.

There are certain values at stake when it comes to women and the peace talks: but I think with our efforts, combined with those of our international partners, we will build a progressive Afghanistan.

What is the greatest threat to peace?

The greatest threat to peace is the conflicting interests of our neighbouring and regional countries, Afghans not being in the driving seat, leading the process, and the Taliban failing to commit to a long-lasting and sustainable peace in Afghanistan. Secondly, the greatest threat to women could be the Taliban’s expectations of women, and their misinterpretation of women’s rights in Islam.

You head the Movement for Change in Afghanistan. What are the goals of this party?
The Movement for change is the first party in Afghanistan that is led by a woman and has women as the majority of its members. That in itself, is something that needs to be celebrated.  As the name suggests, it aims to target young people and change their mindsets and values in a direction that will eventually help build Afghanistan into a country that is not the most unsafe for women and people in general. The movement concentrates on the demographic of women who need motivation and resources they can call on in times of need.

We focus on fighting discrimination of any kind, particularly sex-based oppression. We promote women’s participation in politics and social life, and we redress the discrepancy of rural and urban women in these areas.

Politicians and women are at a high level of risk in Afghanistan. How do you mitigate the danger to yourself?
Being a female and a politician are two of the toughest things one can be in Afghanistan; being able to thrive and succeed despite all that is a challenge in itself.  I have personally been threatened and even attacked several times in my life, but that has only pushed me to pursue even higher goals and to work even harder to achieve them. I believe that when women become stronger their challenges – including security – increase. I believe in what I do and that keeps me moving forwards. I am not different from millions of others whose lives are at risk everyday due to war in Afghanistan.

You’ve spoken about being inspired by seeing female leaders on the TV. How does media – including the internet – change the political landscape for women?

Media plays a crucial role of setting up and promoting examples and role models, Afghanistan today is proud of its free media and freedom of speech. Despite many journalists being killed by the Taliban and there being no justice nor trial in these cases, the media still stand tall, working for a better Afghanistan.

How important is it for women to work together for peace?

No wars in the world – or very few – are started by women. Women are agents of peace; they are victims in all wars, they shouldn’t be the victims for which peace could be achieved. Women need to ask for space at difficult and challenging processes such as peace processes.

What are your hopes for the future of Afghanistan and its women?

I want the world to think of peace and harmony in connection with Afghanistan, instead of war. I don’t want Afghanistan to be the most unsafe country to be a woman anymore. I want to see Afghanistan grow into a country where my daughters are respected as human beings with equal rights and judged based on their talents, rather than their gender or the way they choose to dress.