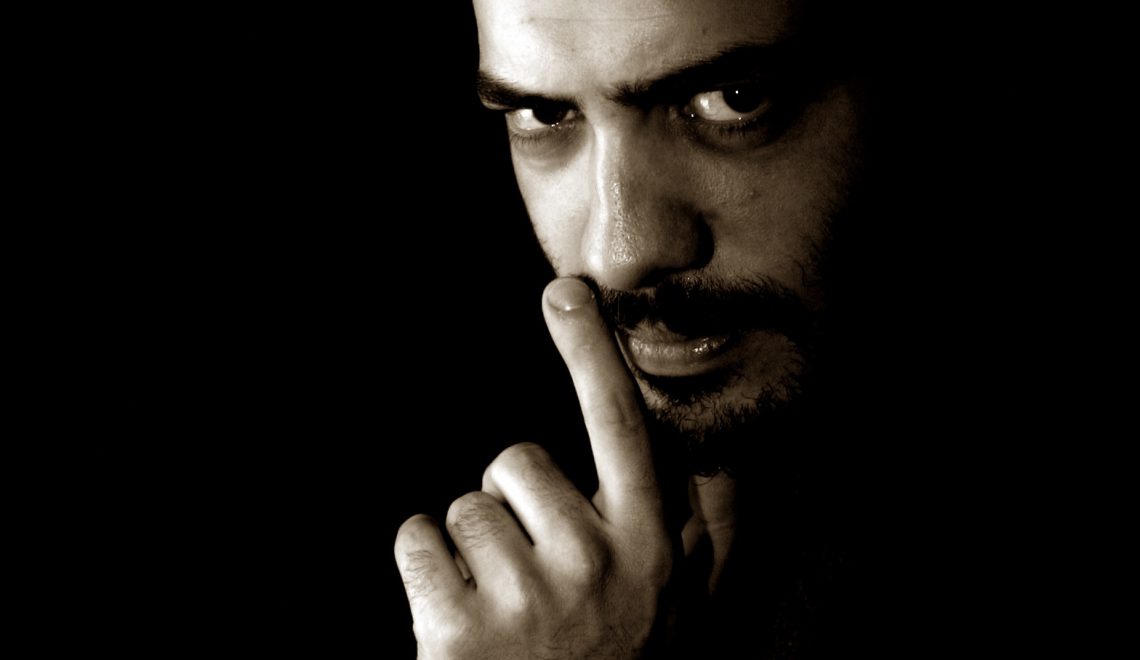 The other day, I was watching videos on YouTube, and somehow I ended up on a video entitled A Jewish Perspective of Islam where Gary Stearman and Avi Lipkin –the host and the guest respectively- explore the Islamic plan to world domination.” Mr. Lipkin, a self-styled expert on Islam and the Middle East, talks about the threat of terrorism from Muslims to the U.S. stating that in 30 years time (according to his Arabic-speaking ‘intelligence gatherer’ wife), we – that is, the oil rich Arab Muslims – will be able to turn America into an Islamic state.  The guest argues that this Islamic ‘stealth’ primarily uses universities to execute its plans. He points out to the increasing numbers of Arab Muslims who are getting student visas and the consequences that ensue: getting married to Christian, Jewish or atheist American girls, who become ‘Islamic baby factories for Allah’, and bringing their family in by the time they’re eligible for naturalization, not to mention the “Muslim missionaries” in professors’ guise. He also adds to this the post-graduate chairs of Middle Eastern and Islamic studies funded by Arab Muslim millionaires and governments.

To tell the truth, I was quite moved when I was watching the video, I couldn’t help but feel this very subtle, yet instantaneously strong, humanistic bond: ‘Thank God we’re not alone in this!’ was the first idea that sprang to my mind. The Middle East is not the only part of the world where some people sit in a family gathering listening to some conspiracy nonsense and shake their heads in silent despair.  I live in a part of the world where the conspiracy theory is a very prosperous business that never ceases to benefit few pockets and satisfy few minds by claiming that ‘Huh! We see what you’re doing here, gotcha!’ In my less than a quarter of a century of life on this part of the planet, I’ve heard about more than four conspiracies that magically coalesce into one: the Ziono-American-Iranian-Ikhwani conspiracy, combined with the international version that calls itself the freemason-ilumanti-… I lost count. For my part, I’ve always believed in the capitalist conspiracy, just to keep myself in line with this undying trend. Ever since I started reading about this topic I began to feel less estranged.

By the end of that interview, the host exclaimed in a very dramatic tone ‘Wow! My country! My wonderful America!’ –a phrase I’ve often heard from conspiracy-material consumers, after informing his Christian audience for the second time about Avi Lipkin’s six books special offer, one of these titles was Christian Revival for Israel’s Survival which was in fact the only one I could memorize – because choosing a rhyming title for a book is one of the most cherished traditions in classical Arabic literature, and because I liked it.

That title reminded me of With God on Our Side a documentary I watched a long time ago that talks about Biblical Zionism debunking the myth of Christian support for the state of Israel. To draw a similar analogy of this kind from the Muslim world, there are people who believe in Iran as a central Islamic state, or those who believe that ISIS has managed to initiate the long-awaited caliphate, and those who believe that Egypt’s 30th of June and its aftermath obliged all Muslims to protest and announced all Egypt’s squares to be ardh jihad *(bearing in mind that Egypt is playing one of its finest rounds in the world of conspiracy, where each side believes that the other is conspiring with Israel, U.S. and Iran against Egypt and its people). Each example given above follows this rule ‘If you’re not with us then you’re against us’, and that you’re taking the conspirator’s side. And while you try to piece out the puzzle you created in Egypt, Gaza, Syria, Iraq and other parts of the world people are dying. I’m not going to estimate a number here, not just because there are conflicting reports, but because the seriousness of the calamity should never be measured by a mere figure. It is more than enough to know that there’s one single human being who just stopped existing because in your quest for your ‘truth’, which you believe is lying in the hidden, you were giving a reason for this person not to be with us.

In a world where politicization has taken the most manifest form in human history, or at least people are more aware of this than ever, conspiracy naturally occupies a substantial space in our modern history books, and yet this obsession with unraveling the ‘secrets’ behind every word or action is so dominant in our ‘axis of evil’ states. Such a phenomenon exhausts the human mind and its analytical abilities and sometimes even its morality. In the midst of such fatiguing effort, the disbeliever is stamped with ignorance and naivety; something peoples of this part of the world are very good at. In the interview, Mr. Lipkin adds a very interesting point ‘my people are destroyed for lack of knowledge’; and maybe knowledge is what we really need to try and decipher all the conspiracy(ies) that hinders our way of seeing the problems that we need to face.

*Ardh Jihad: a country that’s governed by non-Islamic laws, and so would turn automatically into a “land of war”.