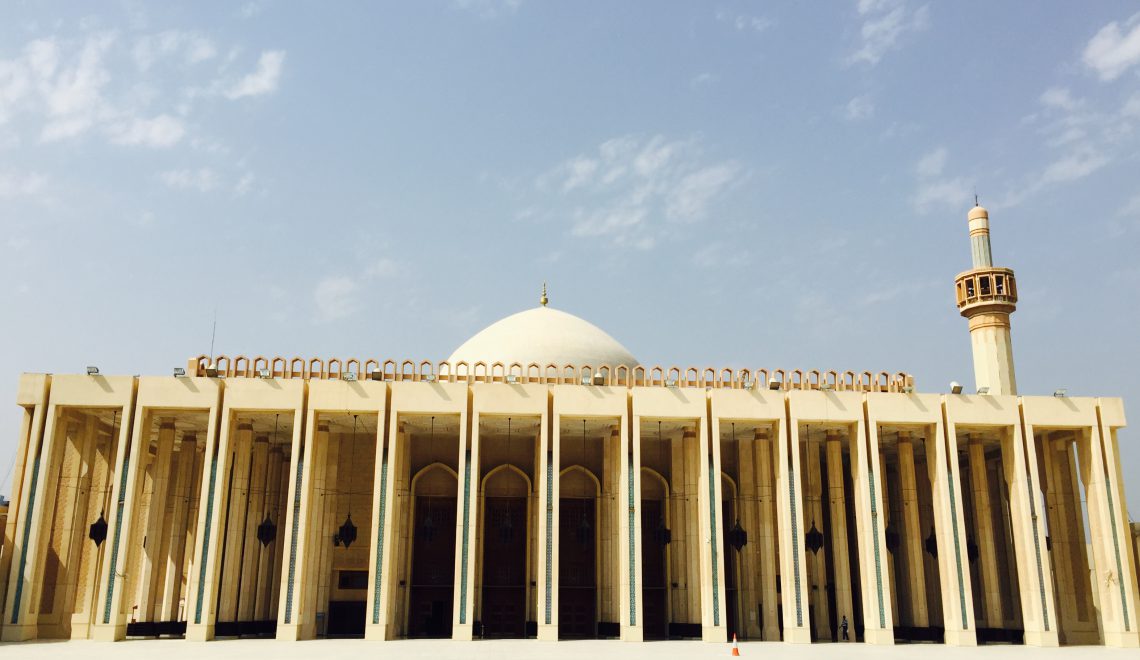 I do not condemn ISIS

I’m a tour guide at a mosque. I give tours to non-Muslims. Part of my job is to fend off stereotypical ideas about Muslims. When I first started, I was really excited. It has been a topic I’ve always talked about with people who fully understand and agree with me. Now I get to do it with people on the other side of the pole. Most non-Muslims who come to visit a mosque are willing to open up and understand what Muslims and Arabs are and how they live, and feel that humanistic bond that transcends religion (except for those who come in groups and who don’t have much of a say in picking their next destination, if most agree to it). But some people come with predefined ideas and are looking for a person from this part of the world to assert them.

One of the topics that usually comes up is jihad: what it means and what do I, as a Muslim, think of it. I prefer simple logical answers, so once, when asked about ISIS (after their taking over Mosul, and the panic of them being so close to Kuwait that ensued), I said ‘I’m a woman, and I can not even imagine the hell that I’d be living in, if ISIS reached Kuwait.’ I didn’t use the words condemn, disapprove of, denounce, to attempt exonerate the name of Islam nor declare them to be unfit to be residents of the Kingdom of God. I saw the look on that man’s face. He didn’t look like he was expecting that kind of an answer, but I think, or at least I hope, that the message got across, using my own words not his.

A few days later, a group of American visitors came, and asked the same question. In this case, the simple logical answers didn’t work; they came with hardcore beliefs about Islam and the Middle East that would not be dislodged. Naturally they didn’t like my answer. That’s not what they came to hear. It was too puzzlingly personal, when they wanted it to be politically personal, I guess. And so to embody their faith in the residual good of humanity they gave me another shot, ‘but what do you actually think of them? Are they following the teachings of your religion?’ so I succumbed and used the magical words I had forbidden myself from using, ‘I condemn their actions, and I do not think that they represent Islam in anyway.’ I regret this answer; I regretted this answer while I was thinking it, while I was uttering it and after it was said. During the course of the tour, the questions shifted to cover social life in Kuwait, about marriage, arranged marriage in particular. I told them it still exits, and that even if the marriage wasn’t arranged, people here have a habit of giving it that kind of appearance.  What followed was something like watching Real Time with Bill Maher, HBO in Fox News disguise. ‘Oh it’s very different in America, because you see, in America it’s all about Freedom!’ (I feel like he would have written it down that way). I zipped my lips tight so that they wouldn’t hear me say, ‘like freedom fries?’

I don’t know why is it so hard to understand that most people who are killed by ISIS are Muslims, despite all the statistics that prove it. Muslims are victims of this militia just as much as non-Muslims are, if not more so.  You’d think that people like them, stemming from a religious ideology, would revere some kind of a sacred ideal: human life? No. How about a mother’s life (at whose feet you’ll find heaven, as the Prophet once said)? Like the parents whose 18 years old twin boys slaughtered and dragged around their home in the holiest time of the year –Ramadan.  Well, how about Muslims praying in a mosque? Too many examples to give in one short answer. Even holy sites? Like in last Ramadan when three Saudi police officers were about to break their fast in the Prophet’s city, third holiest place in Islam, welcomed the suicide bomber who asked join them minutes before shattering their bodies into pieces.

So to my non-Muslim fellow human beings, next time you meet a Muslim, do not ask him/her in anyway to condemn ISIS, because refusing to do so doesn’t automatically reverse the answer into its antithesis. After all, you’re not the one who gets the dirty looks on an airplane for mistakenly using the creaking metal door to the trash can repeatedly instead of the hole on top that you simply didn’t notice; before checking what the girl with the headscarf might have left in there. Or better yet, getting threats of being thrown out, which materialize every now and then.

I feel that this whole Jihadi phenomenon has dehumanized Muslims. Every time news breaks out about some kind of an attack, whether on a large or small scale, I keep refreshing my twitter feed till news of suspects surface, hoping that they are not Muslims. After that I’d check to see the toll of casualties. Why have we reached this stage? Why can’t we just feel sad and sorry without worrying so much about the perpetrators?  This is because of the sense of responsibility that was imposed upon us; a burden we have unintentionally accepted and carried around with us apologetically, because we share the same religion with them, on some unforeseeable level, or because of our ethnicity, that there is this assumption of a relationship.

My dear fellow human beings, I have decided that I will not be condemning ISIS or any similar-minded groups in anyway anymore. I’m as distant from them as respectful Christian human beings are from the Christian militias in Africa, as respectful Jewish human beings are from the Israeli military, and as respectful Buddhist human beings are from the Buddhist militias in Myanmar. I will not be exonerating my name, my religion, or my ethnicity. This is the argument of the weak, the defenseless, and the doubtful. Although I share aspects of my identity with these criminals, it doesn’t make me one of them, defenceless before accusing looks nor doubtful about my beliefs. It simply assures me of how profoundly different these aspects of our faith and identity are. If I should ever be in a situation where I’m demanded to condemn any group that’s seemingly affiliated with me in anyway, I’ll be guiltlessly condemning all forms of evil and terror in this world. So, yes, I’m sorry for all the dead and the injured regardless of who inflicted this sad fate upon them.

And for anyone who’s looking for a Muslim condemnation of ISIS and similar militias, you may quote me on that last sentence.