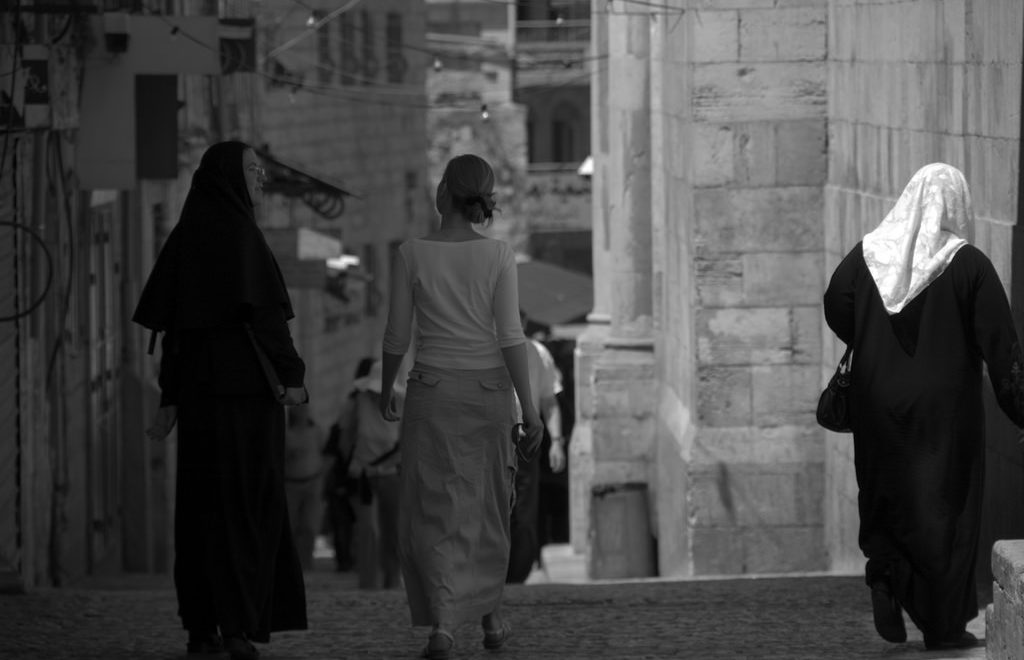 I often reminisce about sun-drenched afternoons in Palestine when we had the time to sit and share stories. We would walk home at dusk. Our conversations became about hope and expectations as we tried to find our own place in the world. The worries of the Occupation would temporarily fade into the background to be replaced with life and its opportunities, despite the many restrictions. This however, was not my childhood. I was born and raised in England, with minimal contact with my Palestinian family except for the odd trip there as a child. The joining of our two worlds, which happened on that afternoon in my twenties, and has led me on the start of my own journey.

During those months spent in Palestine, I began collecting stories, those most in danger of being eroded by the passage of time, and each one with differing meanings to a new generation. I knew I had to capture them, and find a way to tell them. This rich history was intertwined with my own. I thought about how losing it would equal a loss of what my family had fought for, what they had lived through and died for. It was compounded by the fact that it is Palestine; a country shifting so dramatically that I did not know what I would return to even a year later, let alone in my children’s lifetime.

As I explored both sides of my heritage, it became harder to maintain the detachment I had maintained my whole life. I wept with them through their struggles, I walked through the apartheid wall where we were herded like cattle, and I was kept at the border for hours, under suspicion because of my Palestinian association. When you have blood ties to a land you consider how every word you write will be received by your family who live there. I considered rewriting my characters and my book multiple times. But, then I would remember the newness and hope I had felt that afternoon many years before. I realized that my narrative could work as bridge between the two worlds, allowing me to share a new generation’s optimism, and my own.

I received many comments and emails about what to include, and what I should have as the front cover. The writing of this book became a beacon for what ‘I could show the West’ and ranged from the political, to the religious to everything in between. I thanked them for their faith, passion and strength: traits I have seen throughout every aspect of their lives, but my book remained largely unchanged.  I returned to England and printed off the manuscript for my novel.

Being judged back in the UK based on the newly discovered side of my Palestinian heritage was new for me. My first experience was in a typed letter from a literary agent telling me that, ‘My character’s Palestinian background jarred’ with the women’s fiction category I was writing for. My work centres around the lack of representation of Muslim women in the media and literature, and the effects of this exclusion. Whether it is slowly beginning to change with new initiatives on diversity remains to be seen, but with reports of authors being told to write fiction ‘conforming to a stereotypical view of their communities’ or to risk not being published, there are more changes that need to happen before diversity becomes part of the mainstream.

Since my novel has been published, the responses from readers have reinforced the need for more representation. They have shared how they feel about celebrating and discovering who they are, and the importance of exploring their multiple heritages, ‘lest they should feel incomplete’. It is a constant reminder that our differences are what make us. Don’t let the lack of representation silence your voice, as Toni Morrison says, ‘If there’s a book that you want to read, but it hasn’t been written yet, then you must write it.’  And now when I return to those summer afternoons with my family in Palestine, will they be welcoming my narrative of our shared homeland? I hope so.