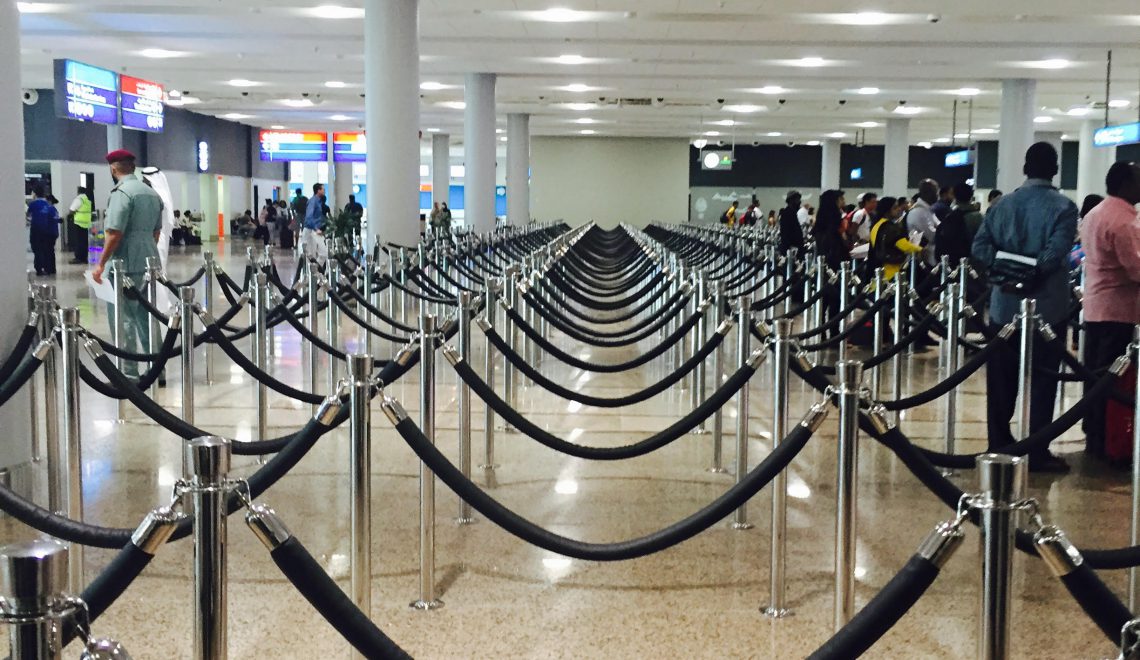 A few years back, there was an on-and-off weddings season in my family, over the span of a year and a half. My little cousins, especially the girls, were very excited. After attending the fourth and final wedding of the season (involving my cousin whose older sister is still single), the little girls were discussing the dresses of the next upcoming wedding – even though there weren’t any more. The eldest of them had just started detailing her fantasies about her purple dress, when my younger cousin interrupted her, asking dreamily ‘Is this for Jenan’s wedding?’ My older cousin rebuffed her saying, ‘No! It’s for Anfal’s!’ (my younger sister), and carried on describing this fanciful dress.

I was in the adjacent room, and I knew what was going on in my (then) nine-years old cousin’s mind.  Ever since my older sister’s wedding earlier that year, my little cousin had been sincerely hoping that I’d be next. There were the looks, and the weird questions. But I had failed her. After all, I might be the one responsible for making the next nine years of her life a bit more boring, now that she won’t be attending any close family weddings before she wears the white and walks down the aisle herself. Yes, that was the dream of my cousin back then, to jump right into marriage and start adult life from there. Somehow, she was reiterating the ever-lasting wisdom manifested through what I call the four-boxes formula.

Ticking off these four boxes is considered the formula to a woman’s guaranteed eternal happiness. It is not a fairytale ending, you’re constantly warned, but it’ll get you to a satisfied deathbed surrounded by a loving family. Just to be fair, this prescription for a fulfilled life is given out to women and men as well; it is just that the urgent expectation of fulfilling it is always higher with women than with men.  The formula consists of you getting a degree (check), a job (check), a husband (holds the pen) and children (puts it down). The instructions to follow this list vary. Some would say that it has to be followed numerically, while others would say you can jump to the third box and fourth while you’re busy trying to deal with the first two.

It’s been three years since I managed to tick my second box. I am not in a very good situation. In the office, I sit behind my desk typing and I hear a casual comment of this kind: ‘She’s 24 and she’s still single!’. It’s that type of not a very good situation. I attended a wedding and met a friend from middle school, whom I’ve never seen ever since. She asks about my life and I tell her that I graduated and that I’m working (trying to conceal a proud beaming smile), and she tells me that she still has a year to go. She then jumps into a bit that interests her ‘Did you get married?’ I answer no, and then, not because I care but because social custom dictates, I ask, ‘What about you?’ She answers with a proud beaming smile, ‘A loooong time ago.’ She keeps looking earnestly at me, anticipating the next question because that’s again what social custom dictates.  She wants to tell me that we have got the list equally achieved, and girl do I want to tell her ‘No honey that’s not the case!’ I decided that I didn’t want to give her that satisfaction and to her surprise, with the same proud beaming smile I wish her well, and go back to my seat.

My senior co-worker advises me not to spend too many of my paid-leave days ‘So that when you get married before the end of the year you should have at least twenty days. Otherwise, no honeymoon for you!’ You don’t say!

From behind the cafeteria’s cashier register, while I’m waiting for my fries, a 35-years old lady starts chatting with me. She asks about my age, and when I tell her that I’m ten years her junior, she gasps, ‘And you’re still not married? When are you getting married?’ Trying not be rude, I give her the ‘When the right guy comes along,’ riposte. She responds ‘Well, good luck waiting for your knight in shining armour!’ I fake a laugh, thinking, ‘No, thanks! I’d rather wait for my fries!’

Many would judge me as marriage material, ready to check off that third box. Even at a time of my life when I have so few responsibilities, I still take responsibility quite seriously; too seriously, some might say. That would make me more than capable of ticking off the two remaining boxes. I regret to say that my belief in the third-box institution is fading, mainly because this value that I uphold so highly is not taken as seriously as it should. It doesn’t help when I read something like: ‘they’re all feminists until they tick the third box,’ on Twitter. Now, I’m not a big fan of labels, but I’m a big fan of equality, which begets justice, which is what you exactly need to pull a life-long successful third and fourth boxes operation.

There was a time in my life when I felt that I was destined to tick the last two boxes – marriage and children – back when I was at the beginning of working through my list. I remember about this time of my life as dull with a very dark and gloomy perspective on life and the future. I was told that these were the roles that I’m destined to play in life, more than anything, and that a good observant Muslim woman would tick the box at the closest right chance. I was also told that I should fear the day when, years from now, you’ll utter your last breaths alone after years of loneliness when all the friends and family you’ve surrounded yourself with throughout your life are either dead or too busy with their own families. I was told that in my pursuit of a fine life, I should also prepare for a fine death. Now I’m not against those last two boxes. I just want to check them off because I want to, not because I have to. I don’t want to be driven by the fear of dying alone.

So, I have decided that I will be composing my own checklist. It’ll be a life-long process, where I’ll tick, or fail to tick, a box, and then maybe erase the whole line if I decide later on that that item should not make it to the list. This might be a four-box list, or more or less. I don’t know; but what I do know is that life is too surprisingly and diversely beautiful to be lived according to such a rigid four-points checklist.

This article is dedicated to the girl behind the four boxes analogy, my good friend, Sumaiah, who managed to tick up until the third box! May you live a long fulfilled life filled with ticking boxes you composed!