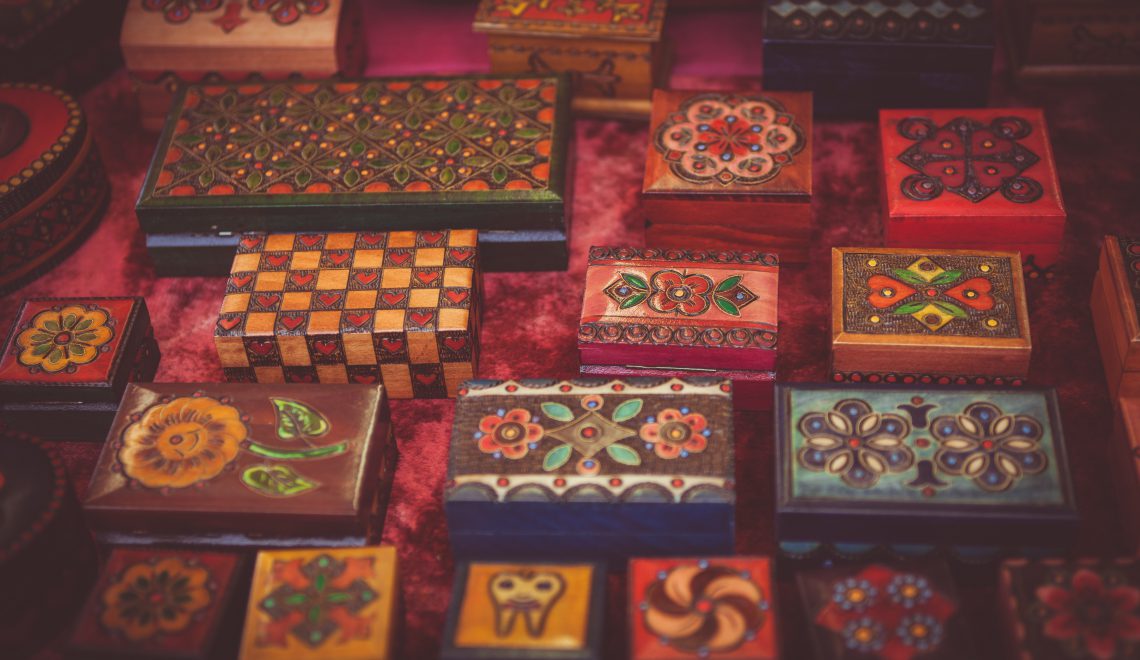 Compartmentalizing — even writing the word requires placing your concentration in boxy syllables!

Yes — placing things in compartments, labelling them with a neat, unequivocal tag. When you put items in boxes, you have to be clear. You cannot have, let’s say, a bowl in between two boxes, one for soup and one for tea. If you have to actually label and place the bowl in a box, what should you do? Break it in half so that half goes in the soup box, and the other half in the tea box?

You will then be left without a bowl. You may be wondering what I am getting at with these examples. Well, just read a newspaper, listen to the news and talk to people around you, go to an art gallery or better yet, visit a university and you will see what I mean.

People are getting compartmentalized and are themselves trying to get comfortable in their box, with their neat label – no matter how lengthy it may be. So let us see… We have the feminist, Arab, Muslim. We have the hijabi, South Asian, Canadian. We have the post-Muslim, atheist (still thinking about that), Arab, British, feminist. Actually, I should not be putting commas, since each adjective is on the label.

Who am I? — That is a complicated question for many and since labels are out there, well, many chose various labels, stick them upon themselves, and then believe fervently that this should not only help them define themselves vis-à-vis society, but also describe their own behaviour and thinking process. Some do it to fit in, others to find themselves. Much of this I believe is severely constraining personal freedom and holding back society in general.

Open a news page on the Internet and you will see labelling. Most candidates for election posts have labels next to them these days, at least in the West: transgender, black, woman, gay, and so on. And yet none of these labels actually say: man, white. Doesn’t that make you think a little? You see, by labelling yourself, you are also putting yourself in a box from which it will be hard to free yourself. Don’t you want to be the best candidate for the position? Don’t you want to make the world better? Well, so do I. By trying to change the system through branding yourself, you are actually restricting it and severely constraining acceptance, tolerance and change.

Because you see, while you may be proud to raise a flag, someone else somewhere will do the same with his or her flag —and we all know where that can lead. By insisting on your ‘Muslimness,’ your ‘Arabness’ or your ‘feminism’ as defining you, it means you are none of the other.

Each label isolates a person in his or her box. There may be other people with you in that box, sure, and the louder you can shout, the louder others will shout from their own box, and no one will listen to each other. With labels, you can never hope to transform your thinking nor open your mind, not really. Your references will be defined from the start. How will you actually understand the ‘other’? How will you ever be able to put yourself in his or her shoes? And as we know, empathy is one of the most basic steps for successful negotiation, not to mention compassion.

As human beings, we are not just one thing. As the Internet opens the world to us and as more people cross borders, many seem to have retrenched into what they think is safe because it is known. The German, the Arab, the Muslim etc… And look where it is leading us. You may think that saying that one is Arab Muslim Feminist (no commas…) cannot be, at some level, equated with zealous nationalists? Do you really think so?

By putting a label on yourself, you might be asserting your identity, but then how can you claim that you want to increase understanding and further, how do you expect others to understand you as a person beyond your label? As a wise man once said, ‘you cannot pretend to be for world peace and be a nationalist.’ He was a Holocaust survivor and a friend of mine (I have heard the philosopher Alan Watts say the same thing in one of his lectures). And the same goes for any kind of label.

We are human. This may sound utopian in this world which is breaking at the seams, with rampant discrimination and violence often based on differences of gender, skin colour or national origin. But you see, by insisting on labelling yourself, you are only contributing to widening the divides. You are what you are – Muslim, Arab, Pakistani, Jewish, whatever. It cannot be taken away from you, so it actually need not define who you are.

Most of us who are writing here at sister-hood and who are reading these articles are a mishmash of cultures. So let us celebrate that rather than restrict ourselves. Let us use our multicultural privilege to actually pave the road to more understanding rather than worrying about ‘fitting’ into artificial constructs (‘imagined communities’).

If I may, and as food for thought, I will end with a famous Sufi story:

A Sufi wanderer dressed in shabby clothing entered the Palace while the King was having a large dinner for a visiting Prince. The Sufi was able to go in and sit at the table without anyone noticing given the hustle and bustle going on. Then one official finally noticed him just as he was about to eat bread. He took him away violently. People stood up and, to shorten the story, the Sufi became the centre of attention of every guest and the King. Angry, the King told him: ‘No one, do you understand, no one comes in front of the King dressed as you are! No one! Who are you?’ and the Sufi wisely replied: ‘I am no one.’