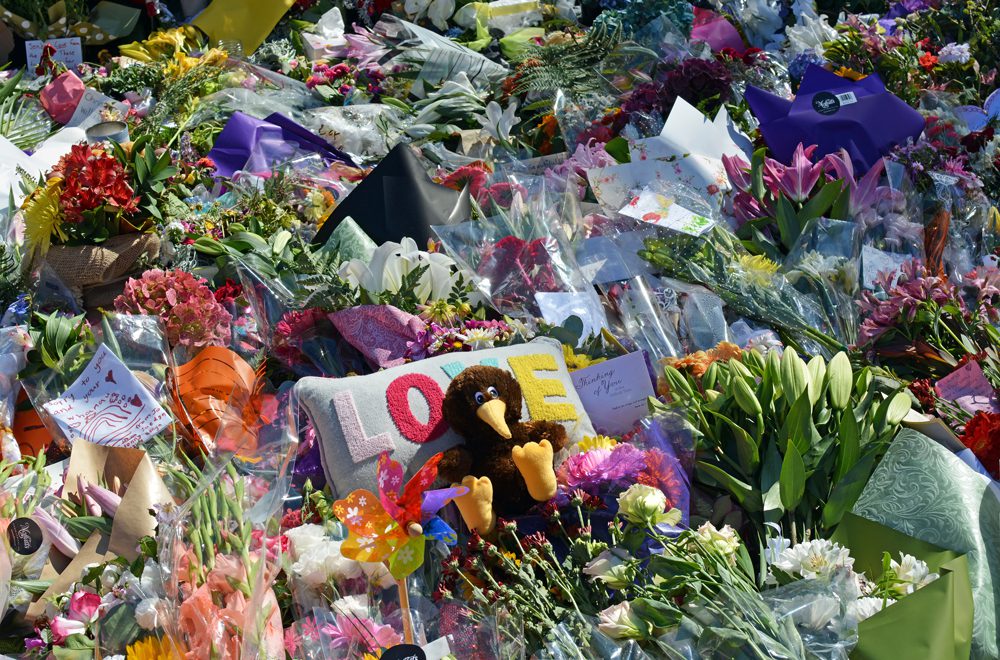 The shooting at Christchurch Mosque in New Zealand happened on the 15th March. It was a Friday. People were attending Friday prayers. Six people were confirmed dead before the day was over.

After I found out about the attack, I cried two burning tears. I made it quick, after hurried prayers in the middle of the room which my roommate and I shared. I squirmed out of the futah (the skirt used to cover up my bare unshaven legs). Shed the blue spotted hijab, riddled with the smell of dust and scalp by now. I can’t wash it. It’s the only one I have: the one made of thin enough material to be stashed quietly and discreetly into carrier bags moving between university in the middle of Sydney and home.

I checked the mirror for a smooth face, and then I watched Scott Pilgrim Vs the World on Netflix downstairs with my housemates. Six victims were confirmed dead that Friday. The movie was pretty good. For the first time in ages the invisible humidity let itself turn into rain. Six were confirmed dead.

A friend asked me if it had been a Muslim man who had shot the people at the mosques. They acknowledged that it didn’t really make any sense. Perhaps the cognitive dissonance of a terrorist attack not being committed by a Muslim was too much for rationality to prevail. It was an Australian white supremacist, I said. He had a white supremacist manifesto, I needed to say. He livestreamed it on Facebook. My friend stumbled, ‘Aw yeah that makes sense.’ I said it again. I said it to people until the unlogic, the doublethink, the tragedy of things making no sense yet making complete sense – the unreality of having something like white supremacy develop higher stakes than being a controversial talking point in film class. In film class, the closest things to white supremacy are watching BlackkKlansman, or reading posts by people who can’t spell on Facebook.

On Saturday, there was a march in solidarity for Muslims. Saturday was also the one day my old housemates from our shabbier, flaked paint and drafty accommodation of last year, who go to universities with different views of the same bridge could meet up. They are mostly Christians and they share their food – much to the amazement of the rest of my high school friends, whose housemates would murder them over fridge space. Me and my Sikh roommate, the only one to remember that I was still Muslim all the time, not only to inquire what I thought of terrorism or arranged marriages, oil or the burqa, messaged to see if they wanted to come to the march. They replied confusedly: ‘So I guess we’re not meeting up?’

They seemed to have forgotten that I was different, or that there had been six innocent people killed for being different.

By Saturday afternoon, the number of confirmed dead rose to 50 killed-for-being-different. That’s all it is, when it’s boiled down and stripped of its shell. Difference is what distinguishes you as visible because we cannot categorise the invisible. Monsters in movies are always so visible. We can’t hurt what we don’t see.

I watched a movie on Netflix after the terrorist attack. I did that. For a moment, I may have forgotten that I was different. Once I moved out of my family’s house, where our similar skin and height and voices boldened us into similarity, I started to pray really fast, even in safe spaces, so as not to disturb the air of rooms that I pay rent for. Look for the people trying not to disturb you with their difference. They probably study arts or something equally unemployable, maybe they don’t even study at all, or study something like law with a minor in vodka. I only interact with my culture at weddings, funerals, or in the occasional hushed Arabic tones I use with my parents over Facetime on the bus, where I try not to say ‘Allah’- hard to do as the word so engrained in the language’s expressive breaths – so that it sounds like I could be speaking anything.

Most of the Muslims I know haven’t been to a mosque since they were a kid. It’s easy to forget that for most of us that was a decade ago.

Once at a service station, and once in a park, I saw difference, like me, and it was unapologetically visible. The visibility of difference and culture has become so selective that I feel I am almost appropriating myself. The park was a busy one in a suburb which was trying to navigate overpriced burgers with the neglect of its indigenous population; a few square metres of a basketball court and a playground under the darkened slither of the sky’s pink underbelly. A man put his shoes behind him close to the bench where I sat. He prayed. There is no way he would have known that I was Muslim too, and that I still remember it a year later: rats in the bushes, an Aboriginal man playing Katy Perry on a stereo, me sitting on a bench and him, praying.

Another time, there was a woman’s back, veiled in white polyester fabric and praying in the service station car park by her white Ute. A gaggle of men with cowboy hats and leathered skin stood next to their neighbouring car as she faced Mecca, which in this case was in the direction of the golden arches of the McDonalds sign.

Maybe the Muslims at the Christchurch mosque hadn’t been to the mosque since they were a kid. Some of them might have been the kids that, after their tenth birthday, wouldn’t go for a decade. Some of the men and women could have gone every Friday, because they didn’t mind the visible difference that played a part in their existence, like the woman praying to the McDonalds arches two hours down the Pacific Highway. Visibly different – like I never could be.

On Monday, the steps to the chemistry building on campus had the word ‘Muslim’ chalked on them. I immediately ignored it, thought it would be something bad. The full scrawl of thin white chalk falling down steps declared: STAND WITH MUSLIMS AGAINST FASCISM. TUES 1PM.

I see the word more now. On my phone, posted on insta stories and written by somebody’s hand. The word that’s usually dirty, dangerous, unsafe, avoidable.

The funerals for the 50 victims are starting, and we’re mourning people whose very identity has been made a controversial subject.

But then I see the word sprawled on the sidewalk. I see it on a small cardboard sign by guitar wielding cricket limbed boys on the university lawn. And I walk past, backpack slinging off my shoulder. It is not the word that I read. It is that you see me for my difference, and I see acceptance which isn’t worn like an accent, etched onto us like our skin. I read the word, and I see cricket limbed sign writers, invisible typing hands and mournful silences.

Sometimes, the only mosque you know of is one called Christchurch mosque in New Zealand, where 50 people were murdered. And in that slither of chance between so many meaningless graves there’s us, and we mourn. I read the word I have avoided looking at for so long in public. It is time to go to the mosque after a decade because it is time to lay flowers.

Because I see that word and think that is me. That’s us.

In loving memory of