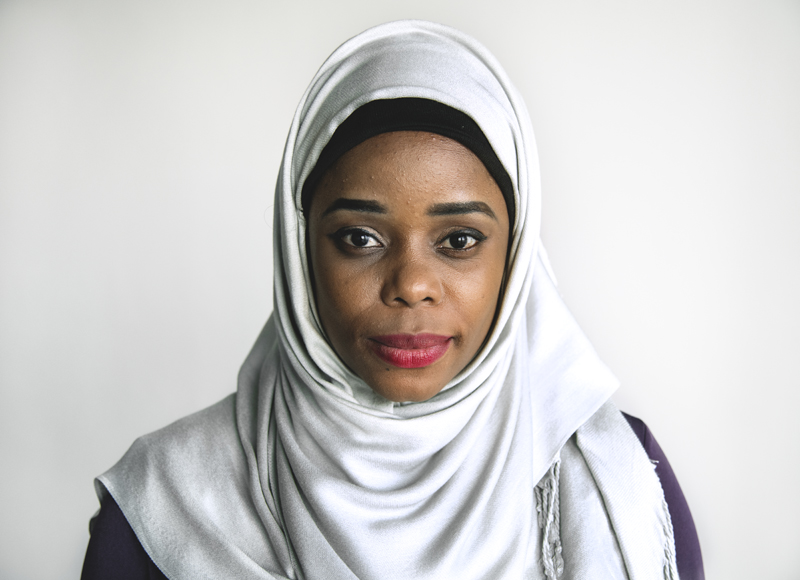 Feminism is for black Muslimas too

Growing up, I never identified as a feminist. This is not to say that I did not believe in equality. To be perfectly honest, as a child I never considered my sex a limitation. I was blessed enough to be taught to stand up for myself and to ensure that my rights were not infringed for any reason. Yes, as a Somali girl, I was conscious that there were prejudices and discrimination against women; however, due to my nuclear family being composed of fierce and very independent women, my confidence in myself as a girl and as a woman had never been affected.

My experiences of sexism began to take place well into my womanhood. Perhaps I just became much more aware of them in my mid-20s. I began to notice sexual harassment on the street. I became very aware of how male drivers were aggressive on the road. I started to notice micro-aggressions in work environments. I also became very aware of how I was, and was not, progressing in my career. There were environments that were uncomfortably very male dominated. These were environments that should have had more female representation, as the issues that were being discussed – such as those relating to health-care, child-care and education – would affect women, directly or indirectly. What is interesting is that even with all this lived and personal experience of sexism, I was yet to call myself a feminist.

Words are powerful. I had concluded that feminism was not meant for me because they – feminists – never seemed to support me, or women like me. The feminism that I had seen was comprised of white women who seemed to work mainly for the benefit of other white women. Yes, they had their own struggles, but from what I had seen, these women were not my cheerleaders. The Oxford dictionary defines feminism as ‘The advocacy of women’s rights on the ground of the equality of the sexes.’ Of course I would like people in power, who are predominantly men, to fully appreciate the importance of equality, but I am also realistic. I accept that this will continue to be a battle. What disappoints me, however, is when my fellow women fail to advocate on my behalf or demonstrate prejudice against me. I am dissatisfied with their lack of understanding, their lack of respect for diversity and their sense of privilege, particularly when they pass judgement on issues they do not fully comprehend. It could be something as simple as not taking the time to learn the pronunciation of my name, or making ignorant comments about my faith.

Historically, feminism has not been very inclusive. We do not know much about the views of the UK suffragettes on race, and of course this history has its own context. There are accounts of prominent South Asian women who pioneered the cause of women’s rights in Britain. Unfortunately, I have yet to come across any indication of black women’s involvement. On the other hand, we are very aware that the suffragette movement in the US, particularly in the southern states, was steeped in racism. On many occasions the cause of suffrage was publicised through the use of bigoted language. American suffragette Carrie Chapman Catt, founder of the League of Women Voters in the early 1900’s, is known to have said: ‘White supremacy will be strengthened, not weakened, by women’s suffrage.’ Rebecca Ann Latimer Felton, the first woman to serve in the Senate, said: ‘I do not want to see a negro man walk to the polls and vote on who should handle my tax money, while I myself cannot vote at all.’

As a black woman, I am shocked to find that this is how some of the women in the feminist movement tried to gain favour and support. In general, the phrase ‘equality for women’ when spouted by a white middle-class or wealthy woman does not always mean ‘equality for all women’, and there is plenty of evidence to substantiate this. I am aware that a win for white women may eventually trickle down to BME women too, but I don’t want to obediently wait in line for my piece of equality. Shouldn’t we be championing, and fighting for, equality for all women anyway? We have a new wave of feminists like Jennifer Lawrence and Emma Watson who are ready to speak out about issues such as the Hollywood wage gap, but there are no real conversations about or acknowledgement of the wage gap for women of colour from women that have huge platforms. I see no solidarity.

Unfortunately, on many occasions women who claim to be feminists do not exemplify feminist ideals, at least not when it comes to women from BME backgrounds. There is a power imbalance; at this point in this time, it particularly affects Muslim women. Those in power are pushing a politicised narrative portraying Muslimas as oppressed, and in need of the kind of emancipation that only Western ideals can provide. In Britain, Boris Johnson stated that Muslim women wearing burkas ‘look like letter boxes’ and compared them to ‘bank robbers’. Where were the feminists when a number of countries, including France and Belgium, have banned the burqa or niqab? Are they too busy enjoying the power imbalance, passing judgement and feeding into Islamophobic stereotypes?

The concept of intersectional feminism may seem a likely solution. Intersectionality is a term coined by American professor Kimberlé Crenshaw in 1989 in order to describe the way multiple discriminations are experienced. As an example, I am black, Muslim and a woman. These multiple identities may lead me to experience racism, Islamophobia and sexism. That is the intersection of the discrimination I experience. Intersectional feminism recognises the crossroads or juncture where these injustices meet. It invites women to recognise that minorities experience the world very differently. Multiple oppressions are not encountered separately. They merge as a single combined experience for the individual. This merging creates something more sinister: someone who has to manage discrimination from different sources is essentially fighting more enemies simultaneously. This understanding is required if we hope to move forward with real emancipation of all women.

Muslim women are not meek or fragile. In fact, we are fierce survivors who continue to endure in often very abusive environments. Yes, on many occasions Muslimas may live under political regimes that are oppressive – but I could say this about America and the Trump administration which time and time again has shown prejudiced views towards all those people that are not white, Christian and male. Yes, we want equality: however, this needs to be addressed in conjunction with the bigotry and racism often expressed towards us by privileged, white, middle-class women.

They do not know my experience as a black Muslim woman; I question whether they actually want to hear it. Instead of passing judgement or of presenting a warped narrative of Muslimas individual stories, there must be a move towards a better representation of women of colour and different faiths in feminism. There must also be greater understanding of their needs, and a genuine desire to hear the voices of women that differ from the vast majority of white feminists we see in the media.