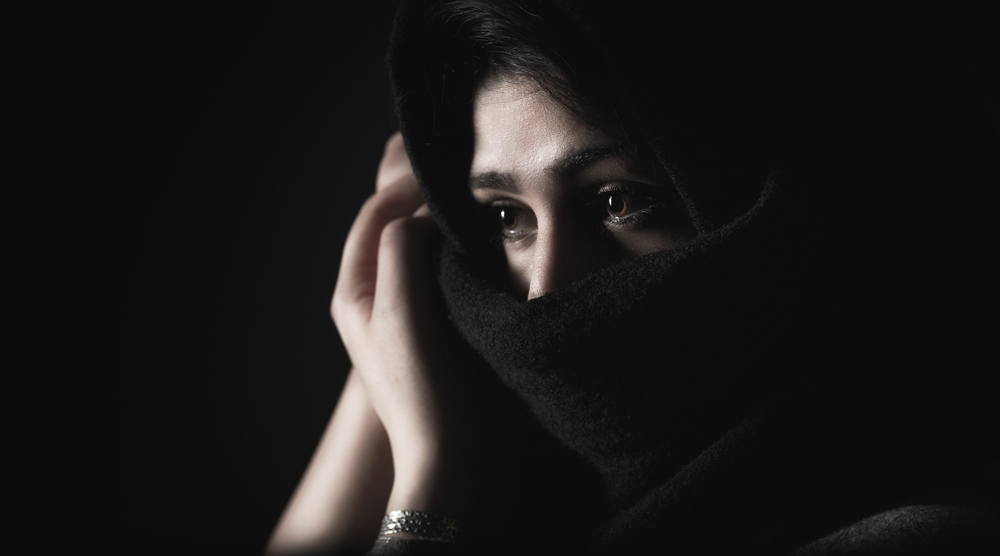 Three real-life incidents, which I was a direct witness to, have contributed to shaping my perception of violence against women.

At the age of twelve, I woke up one morning to the news of the killing of my 14-year-old next-door neighbour. She had rejected her father’s plan to engage her to someone who was 26 years older than her – a man she did not know and had never met. She had decided to flee and spend the day at the house of a female friend. Her father was infuriated and submitted to a plan which was hatched by his friends and his daughter’s fiancé-to-be; to cleanse the ‘honour’ of the family by killing his daughter. He picked up a gun and went to her friend’s house, where he shot her four times at point-blank range.

I went to bid her farewell when they brought her body to her house before burial. The three-day long Aaza (condolence offering ceremony) ended. For many, the sorrow over her tragic and untimely exit from life ended along with it. My sorrow, and that of many other friends who knew her, never had any closure. It is still alive. The father was prosecuted and sentenced to six months. When he was released, he was treated as a hero by his relatives and friends.

One of my classmates was in love with romantic fiction. She used to borrow books known as Riwayat Abir (Abir’s Stories) from a bookstore in downtown Irbid.

On one occasion, without any forewarning, she was blatantly harassed by the bookstore owner. She went home terrified. She did not dare share her story with anyone except me. She suffered profoundly. She did not know what to make of the incident. She blamed herself. She stopped going to the bookstore, stopped reading, and stopped thinking romantically about life.

This occurred during the days of my internship at one of the prominent civil society organisations in Amman, where I experienced first-hand many cases of sudden infant death syndrome in one of the villages in Jordan (which I have deliberately opted not to name). ‘Coincidentally’, all of the deceased were female new-borns.

After soliciting detailed testimonies from parents, I came to the conclusion that these cases were a form of modern-day ‘female infanticide’, a despicable custom that we thought we had put behind us centuries ago. I wanted to pursue the matter further, but – alas – I could not. I did not have access to enough evidence to build a case and there was no collaboration from the authorities involved.

Three decades after the murder of my neighbour and the harassment of my classmate, and two decades after the infanticide case, where are we now in our fight against these and other forms of violence against women?

Several questions need to be asked:

– Have we been able to stop the killing of women and all forms of domestic violence?

– Have we criminalised harassment?

– Have we stopped the disrespect directed towards women and girls?

– Are we addressing women and girls’ feelings of worthlessness?

Have we succeeded in forming a critical mass of women and women’s organisations in Jordan who are self-determined and capable of exerting the required pressure to mobilise women’s groups and press for the required social changes?

Are there viable channels of solidarity and networking between women’s organisations so that they can work together on on-the-ground priorities?  Is the women’s movement’s activism autonomous and safeguarded from division, fragmentation and the internationalisation of its mission? Are financial and material resources available to female activists in NGOs and civil society organisations nationally, which could bring about home-grown social change – or is it driven primarily by international aid money?  These are some important questions that might trigger some discussion on the current status quo of countering violence against women in the country.

Despite global and local efforts to eradicate all forms of discrimination against women, challenges still prevail. They include, as far as women are concerned: the wage gap, limited social mobility, restricted ownership and agency, poverty, poor political participation, health threats, violence and infanticide.

One factor to highlight here is psychological violence, which holds a peripheral position in the Arab world. As it is hard to measure psychological violence and its detrimental impacts, this field has not received enough focus in studies of violence against women. Women and girls – who are marginalised on the basis of their sex and gender – are treated as invisible, excluded and absent; they exist through their subjugation as victims of violent acts. This is itself, an act of violence against the subjectivity, the personhood, self-worth and agency of women and girls.

Being a woman is often perceived by patriarchal societies as a perpetuation of women’s biologically determined roles; subservience and the acceptance of violence. Women have always been burdened with the semiotics applied to the ideas of their bodies by patriarchal and media fantasies; their bodies symbolise cultural identity and national honour. Their bodies are normally deployed to ‘thingify’ ideas, ideologies and commodities. This creates an ownership of external forces over the female body: hijacking it, censoring it, privatizing and policing and dominating it.

This kind of violence is not only enacted within societies, but it is also normalized as a de facto reality. Societies understand woman in terms of a commodified and subjugated selfhood.

We in Jordan need to view matters from the right angle to move the trajectory of the struggle against VAW to where we wish it to be. The creation of a human rights mechanism that disrupts, and eventually deconstructs, pathological gendered binaries that underscore disparity and inequality between the sexes is an ethical fight which is universal.