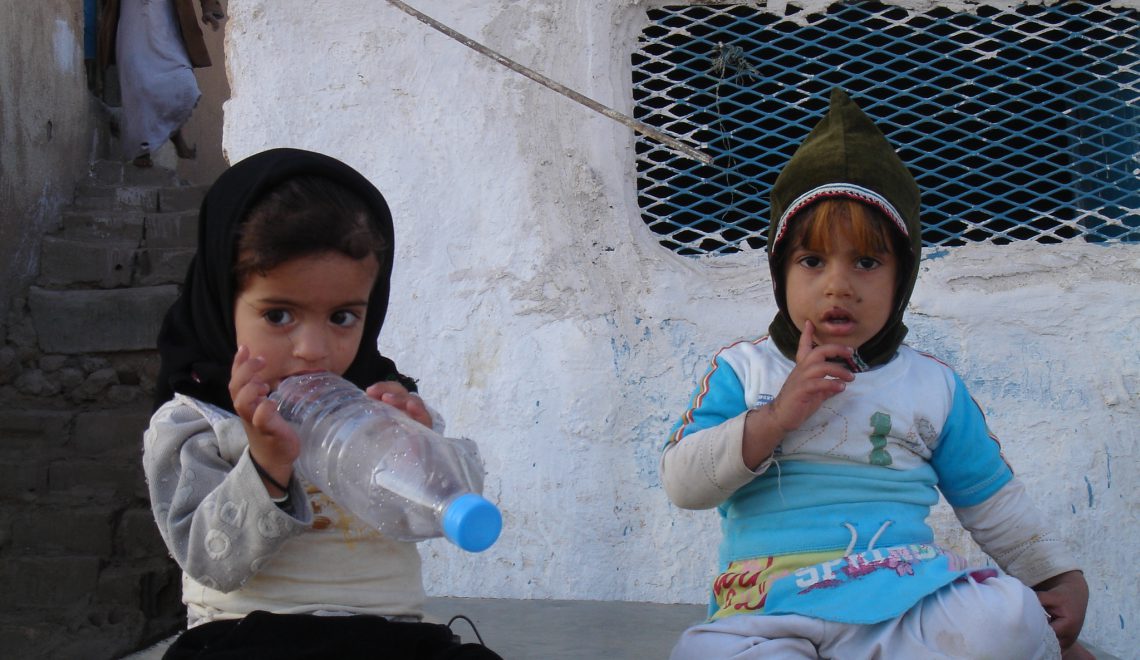 From the latest UNICEF report:

The world is failing its children.

This is an easy statistical conclusion from the numbers cited above. The repercussions for the future are immense.

To put it most simply, they are two-fold.

First, there is us. Yes, us. You reading this, me writing it, maybe others are commenting on it. And this ‘us’ – we are in a state of absolute and total moral failure. A failure to protect children, and to provide them with a safe world.

It is a moral failure, because we are allowing this to happen, while all we can do is sigh, perhaps drop a tear, write something (as I do now) or join a humanitarian organisation (as I did for ten years). But this in no way assuages the plight of those children. All it does is make us feel better as we write, or as we send a few pennies to an aid organization. All it does is put a few bandages on a festering wound.

The reality is, that we keep electing the same governments, with the same ties to the weapons industries. We keep electing officials who respond to our parochial needs, when the reality is that what happens far away affects all of us, and the future of our children. Just look at the environment. We keep turning a blind eye to the reality of the world because… well it is far away, and as long as the refugees are kept behind barbed wire, life goes on as usual.

And second, there is them. Yes them. The children who lost their parents in bombing, the children who cannot hear a helicopter without shivering, children scared of dogs because that was how they were received at the border.

These are children who have no hope to hold on to – children whose dream is to sit in a classroom and learn, maybe even laugh.

And while the numbers of refugee children affected by conflicts in Afghanistan, Syria and Iraq are staggering, there are many more coming from Yemen, Nigeria, El Salvador, Myanmar, Ukraine and beyond. So you see, it is rather close to your home too

These children are our future. Because they will grow up. Some will be angry, some will be desperate.  It will not be nice. Believe me, it will not be nice. Just look at how the Taliban and ISIS have been able to replenish their ranks with angry and desperate young people. This applies just as much to ultra-nationalist groups. It is not just disenchantment that drives recruitment to hardline organisations; it is trauma and desperation.

But not all will turn to violence. This also I know, through having worked with such children, and through having family in Afghanistan. They are children after all, and some will learn that violence is not the way. But for that they need support, infrastructure, schools, a roof over their heads, and freedom from fear. And that is where we come in.

What do we do?

So what do we do? I mentioned getting out from political apathy and thinking that these are the problems of ‘others.’ And we can do a lot more here in our homes, in our towns. We can spread kindness and understanding to our own children. We can teach them that violent behaviour is not the way. We can guide them so that they know that one act of kindness can multiply.

I remember a friend recently asking me how to turn his life around, and feel at ease with himself. I told him that he should simplify his aims and just try to do good. He should give, and receive with humility. I told him that if he makes just one gesture of kindness – whether it be a smile, or a donation to a school, he can change a person’s day and potentially, a person’s life. And that invariably means that other persons will benefit. I told him to remember that everything we say and do has consequences, so let us make sure our words and gestures as kind as possible. That friend then went on to buy himself a luxury car. I felt so sad… I kept thinking of all the good he could have done instead. He is free to buy what he wants, but I felt that maybe, just maybe, he might have heard a little bit of my advice and realised that the joy of living can only come when sharing it.

The marvellous thing about being kind is that it is not a zero sum game. By giving, one receives even more. Kindness is the most amazing market device ever created. It just keeps on reproducing itself, with increased profit.

So to go back to the issue of children in conflict: the sheer size of the tragedy should wake us up. We must wake up, and start looking at the world as a whole, and not as bits and pieces of nations or religions or colour preferences. We need to realise we are one human race. This is not melodrama, nor some quirky ‘peace and love’ slogan. This is for real. This is about our children, their future and us. Today it may be the children of others. Tomorrow it may be yours.