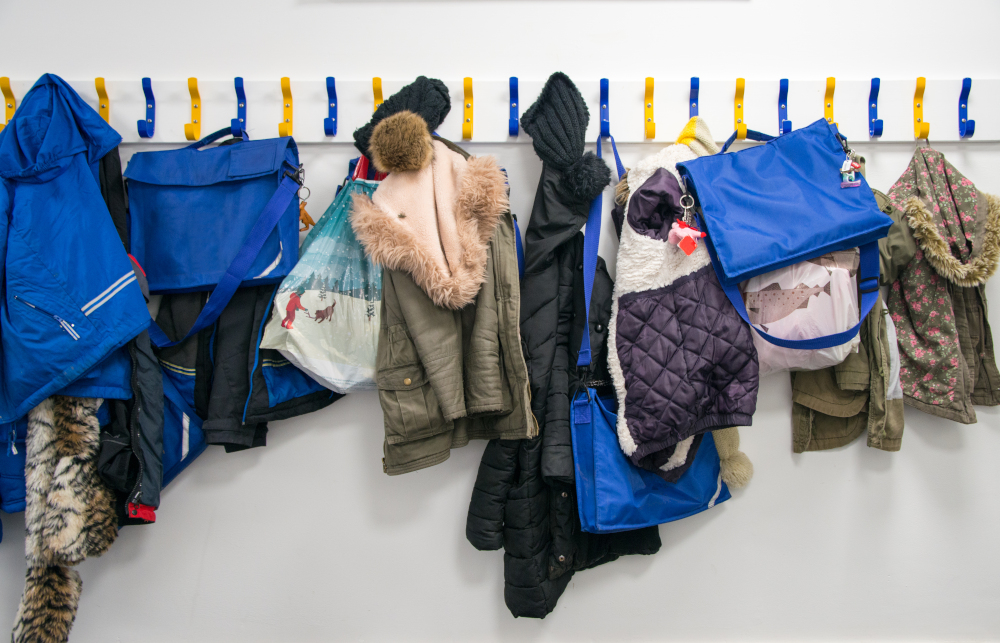 At Batley Grammar School, a British teacher allegedly showed a caricature of Prophet Muhammad in a lesson on blasphemy. This was as a part of the religious studies curriculum. This sparked a controversy between Muslim parents and the school’s administrators. Later, a group of Muslim parents surrounded the school premises and intimidated teachers, causing the school to close for two days in a row. The protestors faced no resistance from authorities.

The school’s administration tried their best to avoid controversy, but to no avail. They made a public apology and the teacher was suspended. Nevertheless, protesters continued to chant religious slogans, demanding that teacher involved be sacked. They threatened to continue protesting at the school gates. Meanwhile, labour and teaching unions offered lacklustre support to the teacher and the school facing the aggressive mob. The teacher is now living in hiding with his family, under police protection and in fear of his life. An Islamic charity published his name, raising the possibility of personal attacks on him.

The school’s capitulation to the backlash from angry parents might have been ill-advised, but they had few other options to counter the blatant intimidation of school staff at their place of work. We now face the problem of making sure that school teachers can carry out their responsibility to educate children without being intimidated. Unfortunately, efforts to accommodate religious sensibilities have been prioritized by the authorities, in order to ‘calm’ the situation.

The authorities have been failed in asserting their legal powers to counter a blatant manifestation of harassment from a certain group of religious fundamentalists at the school gate. The education secretary Gavin Williamson has rightly condemned this behaviour by calling it ‘completely unacceptable.’ But let’s stop pretending that condemnations are sufficient to counter the threat posed to the secular values of free speech in British society.

Courageous educators are being left at the mercy of religious fanatics. Bullying and harassment is being excused on the basis of faith-based beliefs in modern-day Britain. Deliberately or unwittingly, British authorities are ignoring religious conservatives’ campaign to prevent state employees from holding conversations about religious intolerance.

Religious extremists, somehow, continue to bring authorities to their knees and continue to intimidate school administrations to assert supremacy of their authoritarian religious beliefs. In 2018, the headteacher of St Stephen’s Primary School in East London had to reverse a ban upon hijab for girls under the age of eight after receiving death threats on daily basis. Girls of that age are not obliged to wear hijab in Islam. Neena Lall, the headteacher, who had introduced the move to increase integration, reportedly received 500 abusive emails in a single day. She was likened to Hitler in a video that was widely circulated on social media. She was branded a ‘paedophile’, ‘scum of the earth’, ‘Islamophobe’ and a ‘racist’ who ‘deserved what was coming’.

In 2018, the headteacher of St Stephen’s Primary School in East London had to reverse a ban upon hijab for girls under the age of eight after receiving death threats on daily basis. Girls of that age are not obliged to wear hijab in Islam. Neena Lall, the headteacher, who had introduced the move to increase integration, reportedly received 500 abusive emails in a single day. She was likened to Hitler in a video that was widely circulated on social media. She was branded a ‘paedophile’, ‘scum of the earth’, ‘Islamophobe’ and a ‘racist’ who ‘deserved what was coming.’

Eventually, the hijab ban was reversed with immediate effect, and Neena Lall made a public apology calling it a ‘huge error of judgment’ neatly closing down any critiques of hijab for very young girls. A known Islamist organization MEND took credit for the hijab U-turn and celebrated the reversal as a victory. School board chairman Arif Qawi resigned in protest. He stated that the government had left educators exposed to bullying from ‘extremists’ over the hijab ban. He wrote to then Education Secretary Damian Hinds, ‘I am flabbergasted why you and the Department for Education have stayed silent on this subject, rather than firmly enforcing the head’s decision. This lack of support, and weak attitude, will be very detrimental to the nation’s children.’ His concerns and the plight of the school administration fell on deaf ears.

In 2017, Ofsted chief Ms Amanda Spielman faced similar personal attacks and received threatening emails for cracking down on unregistered Islamic faith schools segregating boys and girls. Her home address had been removed from the internet for her protection. She was later questioned for supporting Neena Lall following the complaints from self-styled ‘community leaders.’

It wasn’t long ago when British Muslim parents protested against the project No Outsiders outside the Parkfield Community School for weeks arguing that teaching children about homosexuality contradicts their Islamic beliefs. The projects aimed to teach children respect and equality for LGBT people. But the aggressive protests against the scheme resulted in its cancellation.

Religious extremists have successfully deployed harassment campaigns to make school administrations comply with their intolerant religious beliefs. The educators have no support, because the government refuses to intervene, preferring to launch investigations into their conduct instead. This is less controversial than addressing the problem of religious intolerance within a certain section of the Muslim community which is holding the rest of us hostage through their aggressive campaigning and the harassment of teaching staff.

If there is disagreement over important issues such as blasphemy, the segregation of girls and boys, or hijab in schools, then teachers should be able to debate these issues without facing harassment while they are educating the younger generation. Children born and raised in conservative religious households need to be exposed to the concepts of tolerance, equality and secular values. They should be provided with the opportunities to engage with ideas coming from outside the bubble they are brought up in. This can only happen if the education system enables them to take part in civil debate about issues that impact them.

The British authorities choose to turn a blind eye in the hope of avoiding escalation, but appeasing fanatics is a bottomless pit. The issue of extremism cannot be addressed with selective outrage. Harmful religious and cultural mores such as various forms of violence against women, including inequalities justified by reference to Sharia law underpin gender inequality in Muslim communities. Ultra-conservative beliefs are used to foster abuse and discrimination that impacts women and vulnerable children. Extremists are situated as the true voice of the community which discriminates against liberal Muslims and Muslim reformers and activists, and denies the diversity within Muslim communities. Liberal and progressive Muslims are even smeared as ‘Islamophobes’ by some of those who would consider themselves as the vanguard of tolerance.

It is understandable that some Muslim pupils and parents may not approve of the teacher’s decision to show a caricature of the Prophet, but the aggressive means of asserting this are unwarranted in British society that upholds secular values. Functioning democracies provide channels for people to express their disagreements peaceably. Allowing religious sensibilities to override these is a dangerous step.

It remains to be seen to what extent the UK authorities will compromise secular democratic values of justice and equality to accommodate religious zealots. I hope they will take a moment to consider what Helen Keller once said: ‘avoiding danger is no safer in the long run than outright exposure. The fearful are caught as often as the bold.’