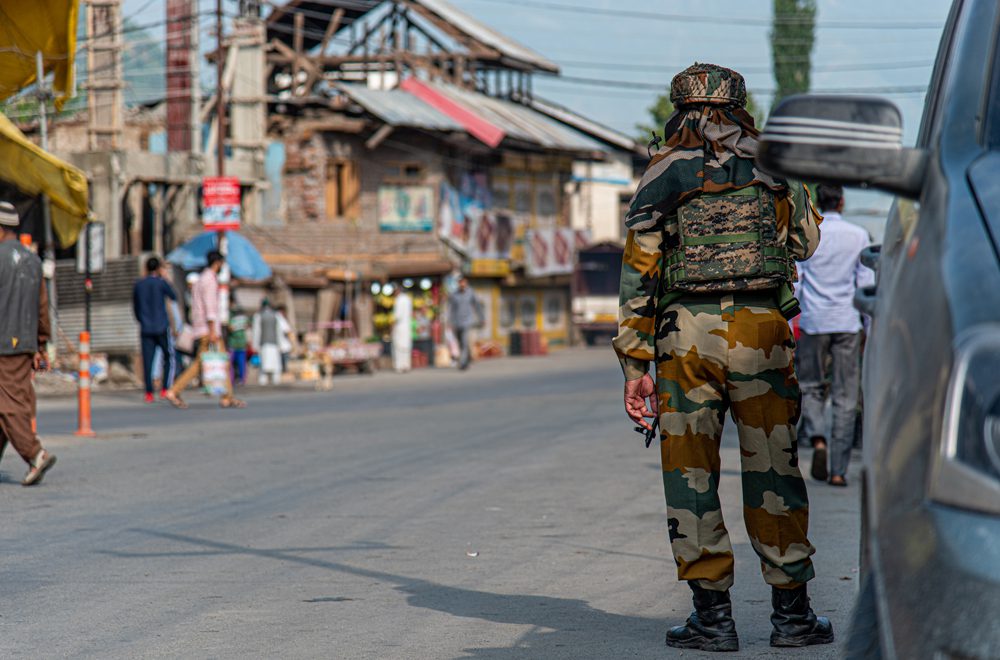 India’s ruling Hindu Nationalist Bharatiya Janata Party (BJP) unilaterally revoked Articles 370 and 35-A from the Indian constitution. These articles had granted the disputed territory of Jammu and Kashmir special rights.

Historically, Kashmir had been governed by Mughals, Afghans, Sikhs and the Dogra Maharajas until the partition of the sub-continent in 1947. The plan for partition, established in the Indian Independence Act, granted Kashmir the option to become an independent state, or to join India or Pakistan. The Kashmiri people soon found themselves surrounded by Indian and Pakistani armed forces. Both countries pledged to hold a plebiscite of the Kashmiri people to determine the region’s fate. This promise was eventually, conveniently forgotten. The plebiscite never happened.

A resolution of the Kashmir issue has been long overdue. Both Pakistan and India have enjoyed independence for 73 years. Meanwhile, the Kashmiri people have spent decades in limbo. Their region has been reduced to a battle ground for both countries to settle scores with each other, including major wars and nuclear proliferation.

This trend has once again become prominent since Jammu and Kashmir’s special status under the Indian constitution has been abrogated. This sudden move initially left millions of Kashmiri people under lock-down, disconnected from the rest of the world. Landlines have since been restored, but the realities on the ground remain largely obscure to the outside world. As such, there has been a tsunami of opinions both in support of, and in opposition to, the revocation of Jammu and Kashmir’s special status.

The Kashmir issue has become a wedge to incite hatred between people on both sides. Since the acrimonious divide in 1947, Pakistani and Indian societies have been hostile, one way or another. A majority in reach region are deepening the divisions; only a minority are working to reconcile the two sides. Younger generations have been encouraged to see this political difference as a religious conflict. This exacerbates tensions and polarises opinions. Reinforced by religious identity, the hyper-nationalistic mind-set erodes the possibility of finding any middle ground.

Disastrously, the issue of Kashmir has largely been viewed in relation to its allegiance with Pakistan or India. The idea of listening to the will of the people of Jammu and Kashmir has long been abandoned. In fact, people calling for a non-partisan, rational solution that stems from the will of the Kashmiri people have faced abuse from those people who follow the authoritative agendas of their respective countries. Any dissent against state policy is seen as blasphemy or treason. The repression of dissenters has been become normalised to the point that people have stopped discussing their concerns about the humanitarian crisis in Jammu and Kashmir.

The Kashmiri people themselves have been besieged by extremist forces for decades, both on a physical and ideological level. Generations of Kashmiris have seen their future prospects vanish. Their grievances have been unheard. The situation has been exacerbated by increasing unemployment, human rights abuses by the security forces and violent jihadis.

In 2018, the United Nations issued its first ever report on the human rights situations in both Indian-administrated and Pakistan-administrated Kashmir. The reports highlighted human rights violations and abuses committed by security forces on both sides of the Line of Control. Zeid Ra’ad Al Hussein, the UN High Commissioner for Human Rights said, ‘The political dimensions of the dispute between India and Pakistan have long been centre-stage, but this is not a conflict frozen in time. It is a conflict that has robbed millions of their basic human rights, and continues to this day to inflict untold suffering.’

The sudden revocation of Articles 37 and 35-A has once again engaged hostilities between both sides leaving the Kashmiri people devastated. Both countries look at Kashmir and Jammu in terms of strategic importance. The human factor has been missing from the politics surrounding the issue over the past 70 years.

The voices of Kashmiris themselves have been drowned out. India asserts that bharat ka atoot ang (‘Kashmir is an integral limb of India’) – nationalism combines with religious fundamentalism creating a volatile mixture of nationalistic extremism. Some Indian politicians have urged Hindu men to rape or marry Muslim women in the direct aftermath of removing special status of Jammu and Kashmir. This has aggravated the popular fears and uncertainties amongst the people.

Pakistan’s claim is based on the principle that a Muslim majority state should be a part of a Muslim country. For decades, its slogan has been Kashmir bane ga Pakistan (Kashmir will become Pakistan). Pakistan is considered ‘the fortress of Islam’ and thus, Pakistanis have assumed that it is their duty to fight for the oppressed Muslims in Kashmir as well as in Palestine. (Meanwhile, Saudi Arabia has been striving for economic relationships with Israel and India.)

While these states have continued to push their agendas on Kashmir, extremist elements have radicalised the younger generations of India and Pakistan. Hatred for the sake of hatred is the new normal in both Indian and Pakistani society. This long period of turbulence has caused frustration amongst the Kashmiri people making them vulnerable to falling prey to extremist jihadi ideology and nationalistic agendas. Unrest is precipitated by a stagnant status quo and experiences of victimhood and violence.

Given the miseries and atrocities which Kashmiri people have suffered over the decades, it is heartless to undermine their welfare for political aims. Nothing has been more hostile to the development of humanity than extremism, whether it is rooted in religion, race or nationalism.

The adherents of any extremist ideology refuse to engage in any dialogue with the opposite party in conflict situations. They consider their stance to be the ultimate truth. This is what has been motivating the radical forces on both sides with collateral effects on vulnerable sections of the society. Claims positioning Kashmir as an atoot ang (itegral part) or shahrag (jugular vein) make no difference until both countries willingly and compassionately work towards bringing peace to the region.

Many peaceful people in India and Pakistan have become exhausted by this constant state of hatred, violence and disruption. The world needs to come together and to listen to those who are suffering the most: the Kashmiri people. Reckless political decisions and emotive rhetoric are only strengthening extremism and aggravating political instability in the region.

It is high time to deal with Kashmir issue on humanitarian grounds. This issue should not be viewed as a land dispute. It is a moral obligation upon all the parties involved to curb these tensions and protect the people of India, Pakistan and Kashmir from further radicalisation. The region has suffered massively due to polarised politics. There is a dire need to encourage younger generations to work together constructively to resolve the situation. The Kashmiri people have survived violence and insurgency for decades. They need to be heard.