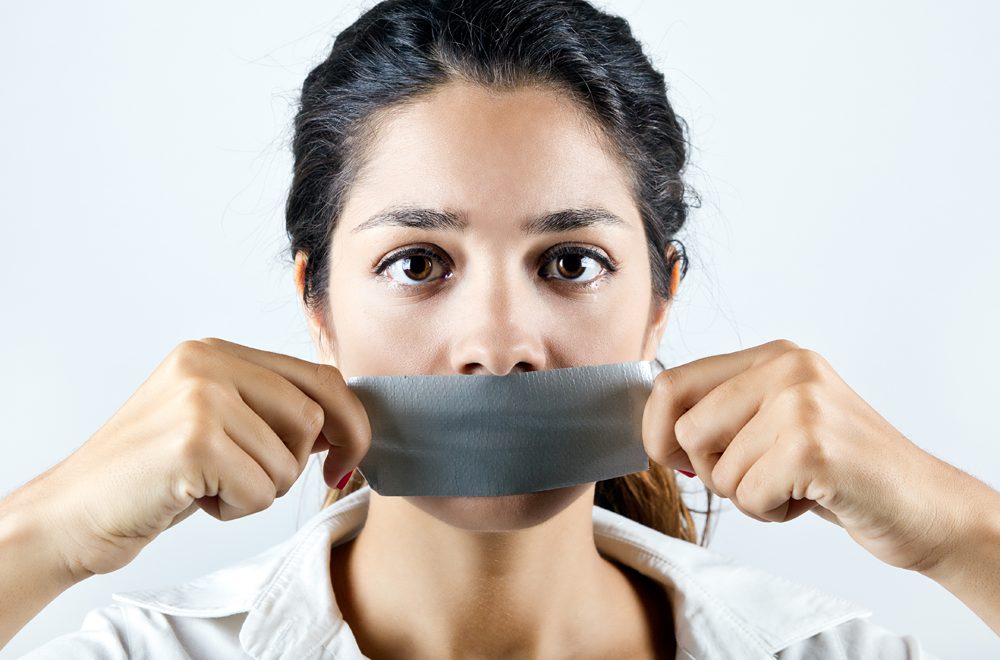 We must be able to speak freely after Christchurch

An ideology is a system of beliefs and ideals which form the basis of a political understanding. Religions often establish a set of values, myths, ideas, attitudes and beliefs within a doctrine that encourage individuals or organisations to embrace, for better or worse, a particular behavioural approach to the political, economic social and cultural ethos of the wider society. If coupled with a fundamentalist standpoint, ideologies can become absolutist dogmas, intolerant of opposed ideas and refusing to accept any criticism of its precepts. The same applies to the other ideologies which are extremist in nature, such as far-right white supremacy. They are just as dogmatically intolerant of contradictory views and have a similarly authoritarian outlook.

It is therefore imperative that we have the ability to scrutinise and challenge all dogmatic ideologies. However, this ability stems from the freedom to discuss, criticise and accept or reject these ideas without any fear of persecution: a liberal position which is not always supported in radical circles.

Free speech is the hallmark of a free society. People feel empowered to challenge ideas – even when they are sacred to a minority – if they have a questionable conformity with generally accepted humane values.

The debate around where we should draw the line between free speech and hate speech has intensified in the aftermath of the New Zealand terror attack against innocent Muslim worshipers. After the abhorrent terror attack in New Zealand, the most immediate response was to shut down the debate about Islamic ideas and practices because far-right white supremacist maniacs use this as a justification for committing hate crimes against Muslims.

It didn’t take much time for some groups to take advantage of the aftermath of the New Zealand terror attack by demanding the examination of specific media outlets and individuals. A tirade of accusations was hurled at any Muslim reformers and progressive voices that had ever criticised grotesque and extremist Islamist ideology. Legitimate criticisms of Islamist ideology – a politicized and radical version of Islam – has been disingenuously conflated with anti-Muslim bigotry.

People who wholeheartedly support secularism, equal treatment for everyone including LGBT people, an end to FGM and child marriage and equality between the sexes are easily dismissed by being called ‘Islamophobes’. Lumping them together with xenophobes has become a cliché.

As a result, there has hardly been any civilised debate about how we, as a society, deal with online radicalisation effectively. Online radicalisation is largely done by using online extremist material comprised of toxic ideas, videos and articles, in some cases using references from scriptures or other religious texts. Constructive debate is valuable in a liberal democracy, in order to resist bad ideas and bring about social progress. This fact is being – deliberately or unwittingly – brushed under the carpet.

But this horrific incident against innocent worshipers underlines the need for more coordinated strategies to counter the risk of the unbridled radicalisation in both the on and offline world.

The title of the manifesto Australian far right terrorist Breton Tarrant uploaded before committing the atrocity against innocent worshipers in New Zealand was ‘The Great Replacement: Towards a New Society’. The contents of this manifesto vividly exemplify how material on the internet has been an inspiration for him. This exposes the level of threat which is posed by online terrorist material: a threat we have yet to deal with effectively. The stifling of dissent is not an effective means to counter extremist ideologies.

Despite removing extremist material in bulk, tech companies have not been successful in removing all online terrorist content which has the potential amplify both Islamist and far-right radicalisation. Ben Wallace, the U.K Security Minister, acknowledged that far-right extremism was a growing problem. He said, ‘Enough is enough. We’ve been clear that tech companies need to act more quickly to remove terrorist content and ultimately prevent new content being made available to users in the first place. This must be a wake-up call for them to do more.’ On the other hand, the UK’s security services have warned that extreme Islamist-based terrorism is the most pressing national security concern. Online Islamist-inspired material is easily available to Muslim youth who are at risk of radicalisation. ISIS has already used the internet to recruit jihadis from Western countries. It has once again encouraged Muslim to take violent revenge for the New Zealand terror attack. Young people are easy prey to the toxic ideas available on internet. The case of Shamima Begum epitomises this.

Within this alarming scenario, clamping down on freedom of speech on the pretext of setting ‘decent’ behaviour or of protecting minorities is a phony liberalism that benefits no-one. It is a scorching truth that toxic extremist online material has become an effective tool in the hands of White supremacists and Islamists which is able to influence millions of people around the world. This should not undermine the freedom of speech itself. If ideas – whether religious or not – are aggressive, bigoted, and incompatible with human rights, then they should be condemned through the mechanism of social discourse.

When a visibly pregnant Chelsea Clinton arrived at a vigil for the victims of the NZ terror attack at New York University, she was aggressively confronted, and accused of being the cause of the massacre. Apparently, her offence was her justified criticism of newly-elected Congress woman Ilhan Omar’s anti-Semitic remarks.

There are other examples of this censorious culture. Cambridge University denied a platform to Jordan Peterson because he had posed with a man in a T-shirt deemed to be ‘anti-Islam’; Bristol University UK cancelled a talk on extremist speakers after receiving immense pressure from the university’s Islamic society. In a free society, people say things that others may find offensive. This can’t be taken as a definition of ’hate speech‘ unless it incites hatred and prejudice against human beings.

Some people are too scared of being called racist or bigots to speak out in support of freedom of speech; some have become complacent and remain silent in the face of rapidly growing radicalisation in society. Some proudly become players in this blame game, seemingly forgetting that this attitude is no different from those bigots who brush the whole Muslim community with the same paint after an Islamist attack.

Shutting down civilised debate plays into the hands of vile extremists and racial supremacists, enabling them to operate in the absence of any resistance within socio-political discourse. This legitimatises the biased and intolerant attitude of certain individuals or groups who want to shut down the debate simply because they don’t agree with it. Extremist beliefs should be called out unequivocally, through exercising our freedom to scrutinise them, and where necessary, to shred dogmatic beliefs and conspiracy theories.

The agency to criticise ideas comes from freedom of speech itself. Those on the left/liberal fringes seem to have failed to realise that the suppression of freedom of speech eventually affects minorities the most. Defending freedom of speech is not only imperative so that we may call out and challenge the ideological motivations that influence vulnerable minds to carry out atrocities against innocent people, but also to safeguard minority rights. Minorities on the receiving end of discrimination need free speech to express their issues with the majority.

Asking for all debates to be shut down in response to growing extremism is counterproductive, and freedom to challenge bad ideas is the most effective way to counter extremist narratives. We need honest discussions and dialogues so restricting free speech is not the solution. Problems do not go away if they are not discussed. Only free speech can drive out hatred. Silence allows it to fester.