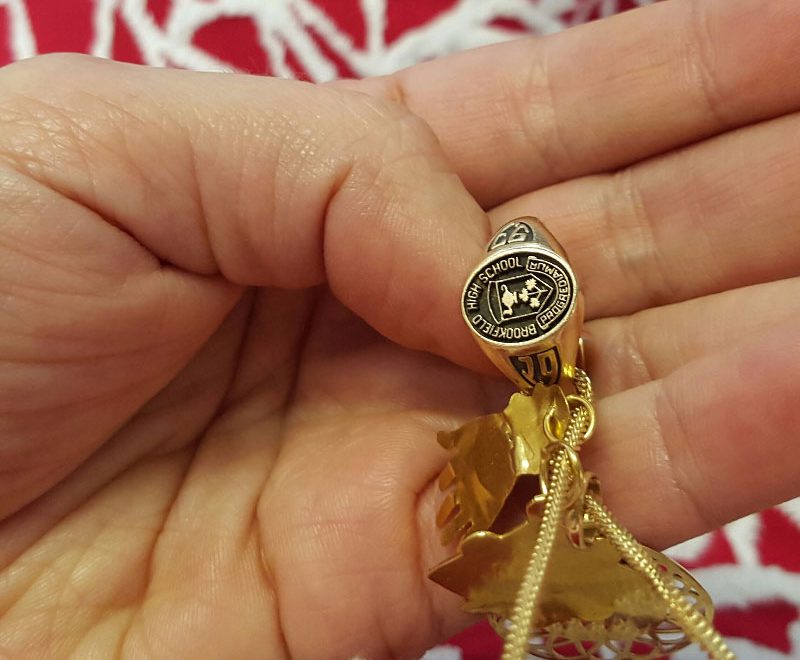 Baba (my father) and I had an extremely volatile relationship during my adolescence. When he and momma divorced, I was young enough to understand the surface why, but not psychologically mature enough to disassociate myself from the divorce itself. At such a young age, my identity was wrapped up with that of my mother. It was impossible to understand where I ended and she began, and so when my father left my mother, my mind’s eye watched him walk away from me.

For a little while following this, my father and I would see one another infrequently. Inevitably, we would always fight. I have his temperament, and am much closer in character and personality to him than I am to my mother. When he and I clashed, it was always nuclear battle. His leaving had set something alight in me, and I took every opportunity to lash out and cut as deeply as possible. Looking back at some of the things I said and did, I am shocked by my capacity to cruel.

Among my most unfortunate memories of that time occurred near my graduating high-school when I had taken three weeks to collect the down payment on my graduation ring. I walked into baba’s office and handed him the bill, which he told me he wouldn’t pay because I’d not taken his permission to purchase it and so shouldn’t merely expect him to drop money at my whim. I explained that I would lose my down payment and he matter-of-factly said ‘that’s a lesson [I’d] have to learn the hard way.’

That was the catalyst for my severing our relationship fully. I titled that time in my life The Ice Age (because I have no imagination). I figured that if every time I left him was in tears, it would just be easier for me to bury him, and so he was dead to me. I would see him at parties and weddings and walk past him without so much as looking at him.

Shortly thereafter, we had one further interaction over email. There was a political incident, and he took a great deal of time and care to explain something to me, sending me pages of explanation. I responded with the horrendous comment: ‘Sorry you took so much time to respond, but you’ve mistaken me for someone who cares. I can’t be bothered to read this.’
He came back with: ‘You’re not my daughter.’
And I ended it with: ‘Thank you for finally articulating how I’ve felt for the duration of my life.’

My pain – the pain which I refused to examine – lied to me. I thought I was okay, because I’d never really had him in the first place. There was nothing to miss, except a kind of misery. My mother and her family tried to push me to change, but I would have none of it. I made it clear that it was no one’s business but my own. Eventually, everyone stopped trying, but only because my response was so visceral. I would later realize how deeply wrong I was.

Ultimately, it was my mother who sacrificed everything to raise me. She was the one who held me up, and who picked me up. She was the one who shaped me and helped me define my personality. She stayed up late at night waiting for me. She was the one who read the Quran to me when I couldn’t sleep. Mama will forever be my anchor because she is the only individual in this world that has the capacity to calm my wounded heart. We say it all the time, but I don’t think I can express it any better than this: Without her, I would be lost.

I graduated high school, finished university and then received my M.A. My father was at none of these ceremonies, because I never invited him. I staunchly believed that because he was the adult, it was his role to seek me out. In my mind’s eye, he had to fight to be let back in. After all, he abandoned me when he divorced my mother. Didn’t he?

Today, I understand that my father never tried to hurt me; rather, he had merely become disenchanted with his marriage. Today, this far into my childhood, I finally understand that both of my parents are also individuals and that often, their hopes and dreams are not intimately related to the fact that they’re parents. The identity of parent is only one aspect of who they are and sometimes it conflicts with other desires they may have as people. The moment we have children, our identity changes, and the fabric from which it is made becomes the finest of silks. Unfortunately, it happens that sometimes children fall through to great pain when these identities conflict.

It is heart-breaking to admit that my extreme child’s sorrow at the divorce played out in such trauma because today, I finally understand that baba never fell out of love with me.

The reconciliation
There were certain stipulations, which had to be met by him if he was ever going to be allowed entry into my life again. It was a Script which went against every aspect of who my father was and his behaviour to date. I scripted it as such to ensure that he would never be allowed back in, because that was my way to self-preservation and protection. To my surprise, not only did he know the Script, but he went above and beyond anything I had imagined.

When seedo – my mother’s father (may he continue to rest in peace) – passed away, my father called to give his condolences. Setting aside everything that had transpired between my mother and father and their respective families due to the divorce and its aftermath, my father loved seedo deeply. When my father called, he was crying. I’d not even heard him cry when his own father passed away, so every second of that moment is deeply entrenched in my memory.

We went to dinner the following evening. Seated across from one another, there was no room for niceties or small talk, because I didn’t really know or understand the man before me.

As soon as I sat down and looked across the table, I saw baba. And he was looking at me as though he’d never seen me before that moment. I saw the recognition in his eyes. He understood how much we’d both lost, how much he’d lost in the way of knowing me and the young woman I’d become. He couldn’t speak for a few moments and I spent the duration of the dinner crying.

To lighten the pain, I remember saying ‘Everyone here thinks you have a far too young girlfriend and you’re dumping me,’ and he laughed. It was at that moment that I realized just how deeply I loved him and why I had been so angry. There’s a connection that exists between parent and child that seems – although relatively simple to bruise – impossible to break. The ease by which my own pain disappeared left me spinning, and unless you’ve experienced it, it’s very difficult to describe. I think the only time we can forgive more easily than a child toward a parent is a parent toward their child.

Hearing him repeatedly tell me he had been the adult and he had failed me blew the lid off of everything that had been pent up and painful and hurtful inside me. It was so overwhelming and there were such moments of anxiety, I think, that I couldn’t see or breathe during dinner.

I had been gifted the opportunity to tell him everything, everything, everything he’d done to hurt me, and with open palms and heart, he accepted it all. He didn’t deny anything and he didn’t offer a defense, but merely accepted that his actions had ripped my heart to pieces for years. To me, that evening will always be the measure of my father.

After hours of conversation, I accepted his apology. I was so fragile and vulnerable, fearing that he’d walk away again…but he’s still here, 14 years later, and I’m still getting to know him. I can’t possibly imagine my life without him and it shatters me all too often to think of the many many years wasted. Since I trust that Allah knows best, I have come to accept that this heartbreak had to happen for the best of reasons.

One week after that dinner, he gave me my high school graduation ring still in it’s bag, still with the receipt, a portion of which I’d highlighted: ‘Outstanding balance owed’. This ring has since hung on a chain next to my heart.