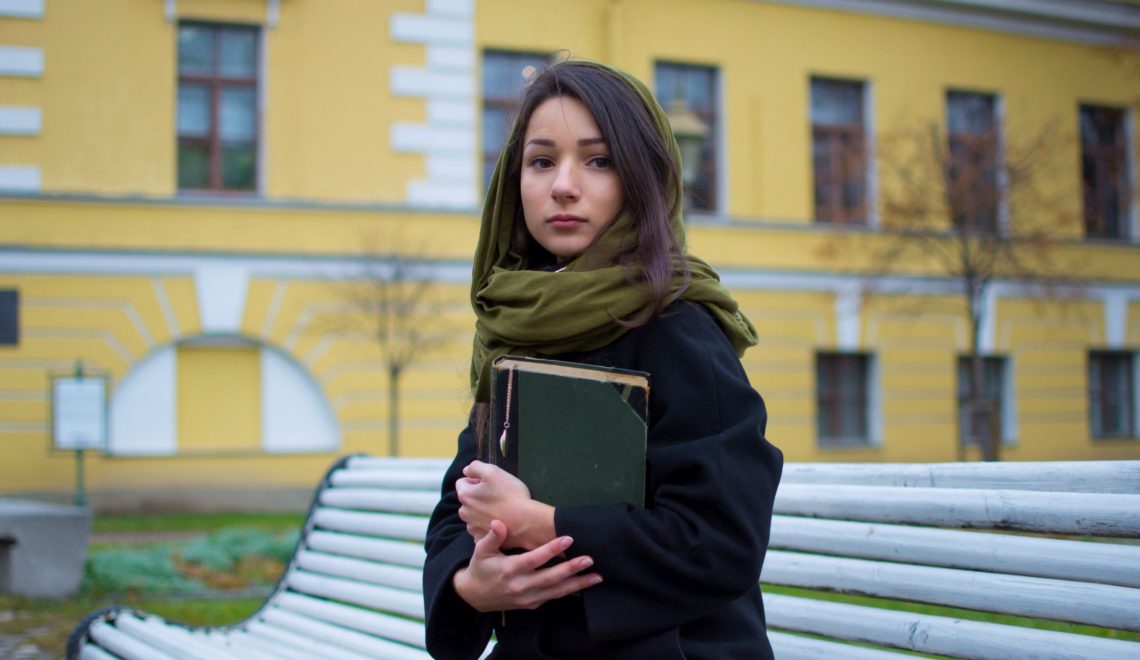 A place of their own

Ms Obeid founded the group after years of seeking to help other Afghan women step out of their homes and into the community, as she had herself. Her own journey began when she first arrived in the UK in 1988. She initially remained entirely occupied with managing her home and family.

‘I went through different times… difficult times. But I always had support from my community, especially the women,’ she says.

Wishing to do something for herself, she took floristry, beauty, and interpreting & advocacy courses at Hayes College, finally finding her calling whilst volunteering as an interpreter for Afghan women. In 2010, Ms Obeid won the Community Award for her commitment as a volunteer interpreter at the Children’s Centre and with Refugees in Effective Active Partnership (REAP).

‘Most of these ladies didn’t go to school. They’re illiterate in their own language, which is either Dari or Pashto. The aim of this group is to empower them, in a good way.’

Ms Obeid explains she is very clear by what she means when she uses the word ‘empowerment’.

‘Being a woman, coming from the same situation as many of these women, I have the ability to feel what they’re going through and what’s going on in their life without judging them. I explain to them that when I say empowering, I mean to help them understand the language, the culture and the environment of the country they are living in. To gain confidence and come out of isolation, out of depression. To change their lives for the better.’

This means more than giving women a space to gather and talk over endless cups of tea; it means enabling them to gain valuable skills. Ms Obeid regularly invites health workers, police, and other professionals to provide information and training about everything from first aid and childcare to civics. English classes for different levels of proficiency are taught every week. At the end of term, there are awards and certificates to recognize achievements and encourage one another.

The group is the only one of its kind in London, run entirely on a voluntary basis. The Nestles Avenue Children’s Centre provides two rooms once a week, including a crèche.

Has she ever faced resistance from the community for her work? I ask. Ms Obeid explains how taking a gentle approach has been the key to the group’s success: she tells women about the group, offers an invitation, and leaves the final decision up to them (and often, the family). And, perhaps most importantly, she keeps an open door should they decline and later change their mind.

A few years ago, she taught English to a newly arrived mother at Yeading Junior School and told her about the group. As they were discussing it, the woman’s husband arrived to pick her up. He said, ‘Do you want her to become my boss?’ and refused to give his permission for her to attend. Two weeks later, the same man approached Ms Obeid again to apologise. He asked if she would still be willing to let his wife join. He had inquired about the group’s reputation, and received encouragement from other men whose wives attended it.

‘That was a challenge. I could not get offended by what he said. I told him, “I want your wife to help you. If you aren’t happy, it’s okay”,’ Ms Obeid says. ‘You have to know your community really well to know what’s going on. I gave him time. People need space and trust to build. The [husbands] see that it is easier when their wife is able and confident enough to go without them. Otherwise, they have to coordinate with each other and the husband has to take time off work.’

‘It’s a bonus for the husbands too.’ The skills women learn mean they are able to lighten the load and share family duties. Fostering trust amongst the women themselves has also been another challenge in order to raise women’s self-esteem and confidence to take initiative. Many women face loneliness, depression, family problems and domestic violence, all of which are considered taboos that should not be discussed publicly.

‘Even if you are from the same country, trust is an issue. When new members come, the first thing I tell them is that this is not Afghanistan. This is a new, different country, and we do not go behind each other’s backs here, that this is a support group and we are all sisters here. If you have issues you talk in confidence. That feeling of safety and trust is very important, and the group has built trust in our community. Before, people didn’t know or talk to each other.’

Each week on Wednesday while their children are at school, over a dozen women from across Hillingdon attend an hour of English class at the children’s centre, followed by two hours of instruction in first aid, parenting courses, exercise, awareness about health, and their legal rights. There is a nursery for the younger children (which is currently looking for volunteers) while the mums attend class.

Forough (who declined to give her last name) has been a regular at the group for four years now, and says the group completely changed her life. ‘I found friends here and came out of the isolation that comes from being a housewife. I am able to go to a GP [alone] and talk to my children’s teachers. I am now able to help my children with their homework.’

Other women commented how leaving their children at home or leaving them in the nursery while they attend the group has helped them become more independent and their children become more mature. ‘Mothers and children have better relationships now as the children are growing up in a very different environment from their mothers. For example, it’s nice to know what Christmas is because your child is talking about Christmas,’ Forough says.

Katherine Pass, a former ELL teacher at Yeading Junior School and known as Kay, was brought out of retirement three years ago when Ms Obeid approached her to give English lessons at the group. ‘It’s become quite a big part of my life, really,’ says Ms Pass. ‘Because I’m retired, it gets me out of the house and keeps me busy. I’ve met a lot of lovely friends.’

‘I’m trained to teach children. There are lots of similarities [to teaching adults], but I do a lot of reading and planning to stay up to date. I plan lessons, go online to look for things. I’m going to a REAP course in January.’

As a teenager, Rukhsar Sahak is the youngest member of the women’s group. She joined as a volunteer to improve her own English while at college, and has taken over teaching beginner-level English classes from Ms Pass. Over a cup of tea and a plate of halwa, she is just as passionate about her own education, revealing her plans to study midwifery at university and to raise awareness of women’s health in the Afghan community.

As the last meeting of 2016 wound up, Ms Obeid and the others remember friends who attended in the past, reciting prayers for a member’s elderly aunt who had passed away, after which planning for next year’s meetings promptly gets underway. ‘The idea of coming out of the house and then going to college, going out to ask for work… It has not been easy. Some of the [the women] have gone out to get jobs now because of the confidence and skills they gained here.’

What does she admire most about the women who come here every week? ‘Their determination. Willingness. Hope.’