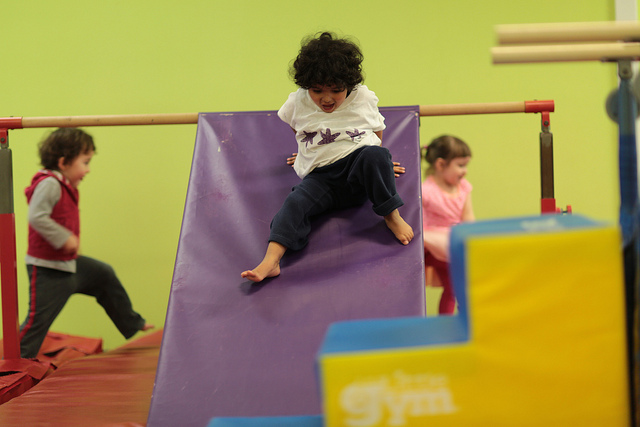 The importance of day-care

‘My ability to juggle being a woman, being a mother, and being an employee is put to the test in Jordan, a small county with large aspirations. Compared to my male counterparts, my challenges are triple-fold.

Public transportation can best be described as unpredictable. I have to make several stops to reach my two destinations: the first being with whoever has promised to watch my baby, and the second at my job. I would rather not share how many times I’ve been reprimanded by management for tardiness.

Some days are particularly difficult. I have a job that I love, but my current place of employment does not provide day-care. Instead, I have to find someone who is willing to watch my child for the eight hours I am gone. Paying for day-care is not an option. At my current salary, I really cannot afford anything decent. I shared my concerns with one of my male colleagues, who shyly said that perhaps it was time I asked for a raise. “Others are making more,” he offered. It seems that as a female, I am not being paid the same as my male counterparts.’

This ordeal has regularly been described by working women ever since I became a member of SADAQA Organisation (meaning friendship in English), which has advocated for day-care centres in Jordan for working mothers since 2011.

SADAQA was established by a group of eight women and one man, who had personally experienced the pains of being a working parent in Jordan, in order to address the difficulties of balancing work and life by advocating for nationwide compliance with Article 72 of the Labour Law, which calls for the provision of day-care in workplaces of companies that employ 20 female employees with a total of 10 children under the age of four. Demands have since changed towards a new law that is no longer gender specific, where its enforcement is linked to the number of children and not the number of women in the workplace in order to affirm that childcare is a gender-neutral responsibility, and to ensure that all working parents working in small, medium and large size companies benefit from the law.

Jordan’s low economic participation rates, considered the lowest in the world, present a high cost to the Jordanian economy, in a context where many of its women, particularly the young and active, are highly educated. Without support, and without addressing the issues of lack of day-care, pay inequity, and the absence of an efficient public transportation system, these numbers will dwindle further. In a perfect world, if women and men were to participate equally in the labour force, according to the International Labour Organization (ILO), the resulting GDP increase for Jordan would be $8 billion per year. This would require an increase in the female labour force participation rate by 55%.

Prior to the establishment of SADAQA, a non-governmental, non-profit organization, Article 72 was not an active law. It was not being enforced by the Ministry of Labour and only 24 businesses had day-cares in their facilities – most not realising that it was an Article under the Labour Law. Six years after the establishment of SADAQA, there are now around 90 institutions that provide day-care or day-care services in their facilities. SADAQA has also provided technical assistance to over 200 companies and organisations, and reached out to working mothers, families, and employers to spread awareness about women’s labour rights and the importance of workplace day-care, and pushed the government to develop specific guidelines in support of Article 72.

Still, many employers consider day-care as both a financial burden and a liability. They would rather not get involved. Although onsite facilities are the most popular in Jordan so far, and the only model supported by Article 72 and required by law, some companies simply do not have a suitable location onsite. Aiming to tackle this challenge, SADAQA has introduced several models to be adopted by the employers and backed legally in the guidelines and the new amendments, including Joint Day-care, Contracting Neighbouring Day-cares, Home-based Day-care, and a suggested Subsidized National Day-care Programme. ‘These models will help ensure all working parents benefit from the law, but they need to provide a quality service and a safe environment for the children of working families, while at the same time making sure that incentives are provided for the employer,’ explained Sahar Aloul, SADAQA’s Founding Member.

SADAQA’s successful campaigning and advocacy work is largely due to community organizing, a methodology developed by Professor Marshal Ganz of the Harvard Kennedy School. The SADAQA founders were educated under Ganz and applied this methodology to their work. This scientific approach was the basis for building a dedicated core-team of volunteers that guides the campaign’s strategy and implementation. SADAQA’s undivided attention over the years to Article 72 of the labour law has allowed it to be recognized as the lead advocate, reference, and driver on its enactment and beyond.

They say it takes a village to raise a child. They say no person is an island. Come to think of it, so much has been said on the importance of community, but it is organizations like SADAQA that make you feel like you matter.

Dana Baradei is passionate about human interest topics, the arts and a mishmash of random topics. Dana is a communications expert residing in Amman, Jordan. When she’s not busy writing, she can be found watching what she describes as bad TV, or playing with her adorable nephew, Zeid.