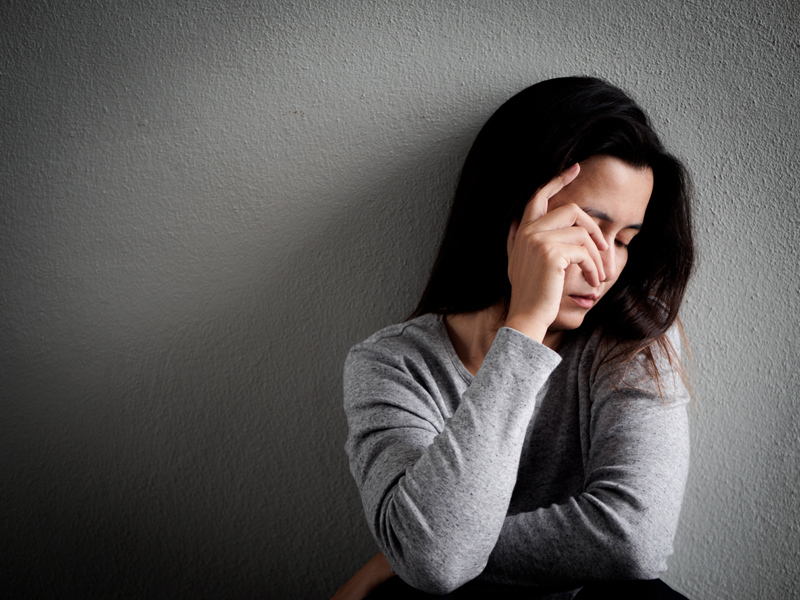 I was in love. I had an abortion.

I was 22 at the time. I was on a road trip in North Sulawesi when I met this guy. He was the most charming individual. His sparkling eyes clattering joy every time he talked. We were seated side by side on the bus heading to Manado, the province’s capital that was surprisingly our shared destination.

By the time he knew I was there alone to visit my relatives, he was amazed (or at least he pretended to be), and he complimented my bravery (although his praise felt exaggerated).

So we ended up chatting: not just a silly chit-chat, but bursting into laughter. I never thought I would find such an open-minded guy out here in a remote area of Sulawesi. We shared the same ideology, the same views on politics. We talked about Indonesia’s musical industry, and travel destinations in Eastern Indonesia.

After all the exciting conversations we had had, we decided to spend a day together. Again, our flight schedules were similar. The ten hours we spent waiting felt like a blink of an eye. Later, I went back to Surabaya. We decided to exchange phone numbers to keep in touch.

We flirted with each other for a month and no longer. After that, he told me he wanted to have a romantic relationship with me. I was not sure about making the commitment, but I eventually agreed, I thought that sometimes life provided us with choices to be made on impulse. I thought it was going to be okay; I didn’t know that it was actually the worst decision I’d ever made.

His behaviour started to change a little by little. Before we started the romantic relationship, he used to agree with my liberal views. He used to talk about freedom, even more than I did. I didn’t know that he was just using a lot of pretentious gibberish in order to impress me.

He started to take control over me, even though it was a long distance relationship. His tantrums were sickening. Whenever he was overloaded with work, he would scold or yell at me during our phone calls.

He also started to complain about my secular points of view. He described them as grandiose. He told me to try to be more conventional. I refused. It eventually led to endless arguments. I was so blindly in love that I thought love taught us to understand each other’s weaknesses. I gave in.

We arranged to meet again six months after our first meeting. He flew to Java for a business trip. We spent a few days visiting rural areas in Central Java. We ended up sleeping together and shagged like rabbits in a luxury hollow. I admit, sex was enticing, at least at the time.

He went back a few days after that. I didn’t think that anything terrible would happen until he disappeared all of sudden. I couldn’t reach him on the phone or through instant messenger. A week later he told me that he wanted to split up with me. He wasn’t sure that I was his ‘one’ because we had so many differences.

Most of all, I hate that he said that I was too open-minded and that it scared him. He said that his family demanded that he find a ‘good girl’ (of course, it’s all about virginity). An independent and ‘wild’ individual like me wouldn’t fit in with his mother’s wishes. I didn’t get what he meant by ‘wild’ actually but I didn’t ask many questions. I was too disappointed to argue. So I agreed.

Our separation wasn’t a big deal – until I realised I was late for my period. Usually, my cycle was a regular repetition. I bought a home pregnancy test strip, and found out that I was pregnant. I couldn’t believe I had been knocked up by the guy who dumped me a million weeks ago.

So the first thing I did was to try to reach him. I couldn’t. His number was no longer active and he didn’t reply to my message on Yahoo Messenger. He didn’t use Facebook. Whatsapp and Line weren’t popular at the time. I was so clueless. I didn’t know any of his friends or relatives. I didn’t know exactly where he lived. I had no one to rely on.

I was so depressed that I couldn’t continue working on my thesis. I cried every day. I refused to eat. My body became weak. I had been raised in a conservative Islamic family. My parents would have been devastated to know that their daughter had become pregnant before marriage. Even though I rarely prayed, I still had to pretend to be religious whenever I came home over the weekends.

After the endless crying, the sleepless nights, the rolling battles in my mind and with the help of two of my closest friends over the 10 weeks of my pregnancy, I decided to abort my child. Although it was a medical abortion, I was scared as hell. It left an empty hole on my soul. I blamed myself for being so evil. But I realized that this life is full of wickedness, and that my child would suffer because of our sickening social pressures. So I guess it was okay after all.

The recovery wasn’t easy, even though I was fully supported by my friends. I suffered from nightmares almost every night. What actually made me feel better was the fact that I had been lucky enough to have access to safe abortion. There are many wretched girls out there who die because of dangerous abortions. Some commit suicide because of the pressure and shame.

In addition to this, I kept reminding myself that I had saved my baby from this cruel and evil world. Actually I still feel like that even now. It would never be easy to be born to a young mom and no father. Our society would stand in judgement over my baby, like they were living gods.

There is nothing good about being tricked and getting knocked up by a guy, but I’ve learned some lessons through the difficult times I’ve suffered. I’ve gained the strength to continue my life, although I’m still too traumatised to begin a new romantic chapter in my early 30s.

I know there are millions of girls who share the same experiences as me. Just keep being strong. People will scold you. They will tell you that you’re selfish and irresponsible. But it’s your own choice to make. Seek help from your friends, because you need emotional as well as medical support. You need all the support, and all the strength you can get.